Art, and the eye of the beholder 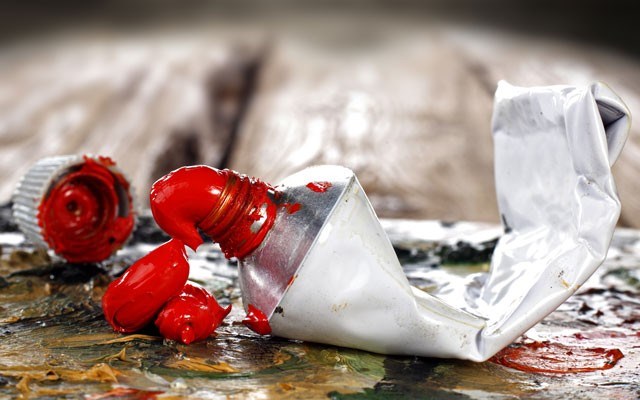 I may have committed a crime over the weekend.

I went to someone's house. I bought something they made. I consider it art. So bust me, baby, bust me.

Until last year when I got involved in a workshop spawned by the 2013 Community Cultural Plan, I had no idea it was illegal — or whatever status of wrongdoing the act amounts to — to purchase an artistic object from the person who made it... at their house or home studio. I believe my immediate response upon learning it wasn't permitted was, "You're kidding me," but with a more scatological word than "kidding."

Who knew? All those beautiful ceramic pieces I'd purchased over the years constituted a breach of the peace. Ditto the couple of paintings and assorted objet d'art. Had I known it was ag'in the bylaws of Tiny Town I'd have, well, I'd have bought a lot more.

My second response upon learning home sales were illegal was, "What an idiotic law."

But now, humbly, I stand corrected. The law banning sales from artists home studios is way less idiotic than the new law allowing them.

I couldn't believe it when it was passed late last year. I only held off writing about it because there seemed to be some sober second thought around the council table and within the senior management levels of Fortress Muni. Wait and see, wait and see. Perhaps sanity will prevail. Hope springs eternal.

But other than making the cost of a Temporary Use Permit a bit less onerous by stretching out the payment period and tacking an additional year on to the renewal period, no substantial changes were made to make this... whatever it is, less odorous. Frankly, it stinks!

And it's highly insulting to artists, to anyone who enjoys art in all its wonderfully multitudinous forms and to the spirit of the 2013 Community Cultural Plan. It is, in fact, a bizarre throwback to the bad old days of Big Brother censorship.

Why is that? Well it's because someone at muni hall and, apparently, all seven of our elected leaders, believe they can cobble together a committee to pass judgment on the merits of art, notwithstanding even attempting to answer the question, "What is art?" has stumped the best minds since cavepeople scribbled on rock walls.

Here's how the censorship process is going to work, according to the muni's own words.

Now, just in case you thought this couldn't get any worse, it does.

"In making its recommendations the advisory committee must consider only whether objects proposed to be produced or being produced in a Home-based Artist Studio are artfully or skilfully made or crafted, whether they are original or unique or have original or unique aspects, and whether they express or exhibit qualities or incorporate materials that are particularly related to the cultural, historical, social or environmental character of the Resort Municipality or its surroundings.

"The General Manager may prescribe procedures for the advisory committee, including procedures by which applicants for temporary use permits may familiarize members of the committee with the work they propose to produce in a Home-based Artist Studio. The advisory committee shall not hold public hearings or undertake any other form of public consultation, but shall provide its own recommendations to the General Manager as it sees fit."

I believe even the RMOW was a bit embarrassed by the obvious overreach of this nonsense. I believe that because the information on their website, media-spun though it may be, says this: "The guidelines also establish a committee of representatives, who will ensure the products qualify as art (and not other product sales). The quality of the art is not being reviewed."

Oh, I see. We're not going to judge the 'quality' of the art, we're just going to make certain it is, in fact, art.

There are two problems with this spin. First, if you have to say you're not going to judge the quality of the art it is pretty much a certainty you are. And let's face it, art is so subjective you'd have to be something other than human to not judge its quality. Oh, wait a minute, maybe they can pull it off.

More importantly, or laughably, all the committee has to do is determine whether something is art.

I used to argue with my friend Martin about art. He and I grew up together and he is a talented artist, an art professor and former head of the Art Department at a U.S. university. The conversation always went something like this.

"Art is what artists produce."

"Someone who produces art."

That tautology captures the essence of the dilemma. You might as well argue about what Mohammed looks like than what constitutes art. Hell, at least with pornography you know it when you see it. The same can't be said about art, unless you accept Martin's self-determination definition.

In 1989, the National Gallery of Canada paid almost $1.8 million for Barnett Newman's painting, Voice of Fire. The painting is 5.4 metres high and 2.4 metres wide and consists of three, equal size vertical stripes, blue, red and blue.

A number of politicians made a fuss over the acquisition. Several went so far as to proclaim Voice of Fire was, in no uncertain terms, NOT ART!

The value of the painting today is estimated well north of $40 million.

Whistler can't have it both ways. We can't have a vibrant arts community and censorship. We can't enrich our guests' and residents' experience and weave a rich tapestry of arts and culture if we're going to have a committee impose their own judgement on what is "art" and which art is sufficiently meritorious to be allowed to be sold within the confines of the RMOW. All in all, it sounds like the RMOW is afraid of Whistler having too much art.

I don't think anyone is going to be surprised if local artists fail to flood muni hall with applications for a TUP. I suspect we're going to have a lot of business — nudge-nudge, wink-wink — as usual.

Besides, art's sweeter when you're livin' outside the law.