Being grateful for what we have 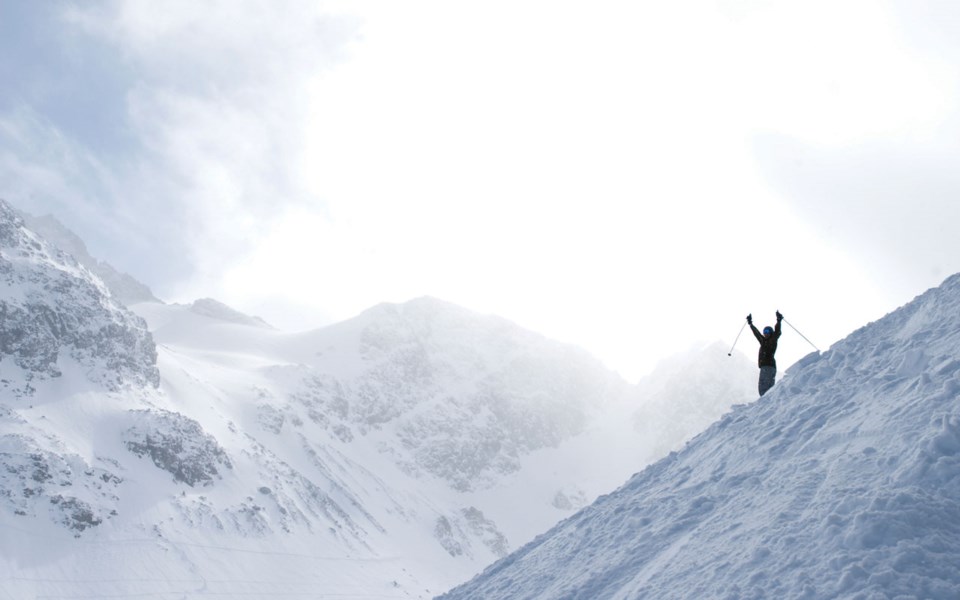 “I’ll have a Zoom™ Christmas without you...”

And so says St. Bonnie of B.C.: Stay home, celebrate with yourselves, ski your local mountains.

I only mention that final bit as a reminder to all the Lower Mainland folks I saw spawning up and down the highway this past weekend. Overshoot Grouse? Don’t give a damn? Too special to heed the proscriptions?

Alas, aren’t we all. Too special, eh?

Whatever. The pandemic weighs on us all and piles on what is universally recognized as a stressful time of year. Our precious me-first mentalities simply aren’t wired to comprehend sacrifice.
The Diagnostic and Statistical Manual of Mental Disorders outlines many reasons people find Christmas stressful, including: financial and time pressures; isolation; family tensions—also known as getting along with your parents, kids, siblings and relatives; separation and divorce; bereavement; and reflecting on another year gone by, also known as getting older, which still beats the heck out of not getting older… unless you’re really depressed about Christmas, which a lot of people seem to be.

To that list we can add, more locally, wondering why all those cars with Alberta plates are parked, well, everywhere. Alberta, being one of the nation’s COVID-19 hotbeds and being led by a buffoon whose main hobby is blaming others for his own shortcomings, is, perhaps, the last place from which we want to extend a warm welcome to visitors. If we weren’t ourselves being led by a premier who would rather egg on oppressive actions of a more senior level of government, we might crib a page from the Maritimes and ban all but essential travel into B.C. from Alberta.

And then there’s the stress of the Aimless Wanderers who haunt the village like so many extras in a zombie apocalypse movie. They come, they rubberneck, they gawk, they join the conga line of cars heading down valley. In other times, we would welcome them with open arms, offer them directions and suggestions to make their visit more meaningful, thank them for coming so they can say they’ve been here. In other times.

But let’s, for a moment at least, focus on the positive. It is, after all, the peace on Earth, goodwill towards others time of year.

So in an admittedly uncharacteristic vein, let me extend both congratulations and thanks to the hardworking boys and girls who have beavered away to get Whistler and Blackcomb open, operating and about as enjoyable as anyone could hope for.

With just enough natural snow and copious amounts of artisanal snow, both mountains opened on schedule. Naturally, this was disappointing to those of us who remember several memorable years when we skied peak to valley in early November but that is not a complaint, just the wistful reminiscence of seasons past.

It was, in fact, one of the smoothest openings I can remember. Oh sure, there was a lot of grousing about the reservation system but I suspect much of that was coming from people who’ve never gotten comfortable with ordering a taxi from an app. As far as learning curves go, figuring out the reservation system was almost as steep as learning how to work velcro. (Yes, Virginia, steep learning curves mean something is quick and easy to master, notwithstanding the fact so many people who are graphically challenged just can’t seem to grasp their misuse of the words.)

Virtually every day last week the lifts started loading early. Enough days to need more fingers than I have on one hand, I was skiing by 8:30 a.m., having boarded minutes after 8 a.m. The grooming was good, far better than several recent seasons, and everyone in a lift line seemed to remain calm and distanced, respectful even of the people around them.

The on-mountain restaurants I checked out were marvels of openness. Tables were spaced, reserved, cleaned and recleaned and so completely unlike the chaos normally experienced therein it left me feeling as though I’d stumbled into a movie set not yet ready to shoot.

Heck, I even skied out to Base II on Blackcomb and the village on Whistler. I’ll defer to Dr. Anthony’s description of skiing out to Creekside for the time being; he’s never been known to exaggerate beyond acceptable limits, acceptable at least to opinion columnists (see Range Rover column, Pique, Dec.3).

After the foreshortened season past, getting up the mountains seems even more life-affirming than usual. The sharp air, sharper edges, pull of gravity, screaming first-day quad muscles, cold nose and numb fingers feel like life lived on the edge after the dull repetitiveness of the last eight months. And bonus—skiing with friends seems safely social. Masked faces, open chairlifts, fresh air venting human exhaust as quickly as lifts slide past towers seem reasonably riskless and more welcome even than two-metre cocktails.

No, I haven’t drunk the Kool-Aid. I still hope to live long enough to see Whistler Blackcomb operate under more enlightened—or at least less benighted—ownership. But that’s a wish for another day. For today, I humbly thank those in charge for making life more than a little bit brighter.

Rolling into a holiday unlike any most of us have ever experienced, I’ll take solace where I find it and I’m finding it at altitude. Less so in the village but it’s important to look for it there as well. I’m doing my best to walk the “shop local” talk. While that’s nothing new, it’s even more important this year when visitor numbers are smaller than ever and concern over living to be open another day is larger than ever.

Online shopping is seductive. A couple of clicks and a wait for delivery and just about anything you want arrives at your door. But just about anything you want can be found somewhere nearby, in a store owned and operated by a neighbour, a friend, fellow traveller. Now more than ever is a great time to think locally. Not sure what to get? Any store or restaurant in town will be happy to sell you a gift card. They’re all the right size and right colour and even if you or whomever you give them to don’t use them right away, the folks you buy them from have more than enough things they can use the proceeds for... right away.

So play hard, stay safe, shop local and wait for a better day to come.