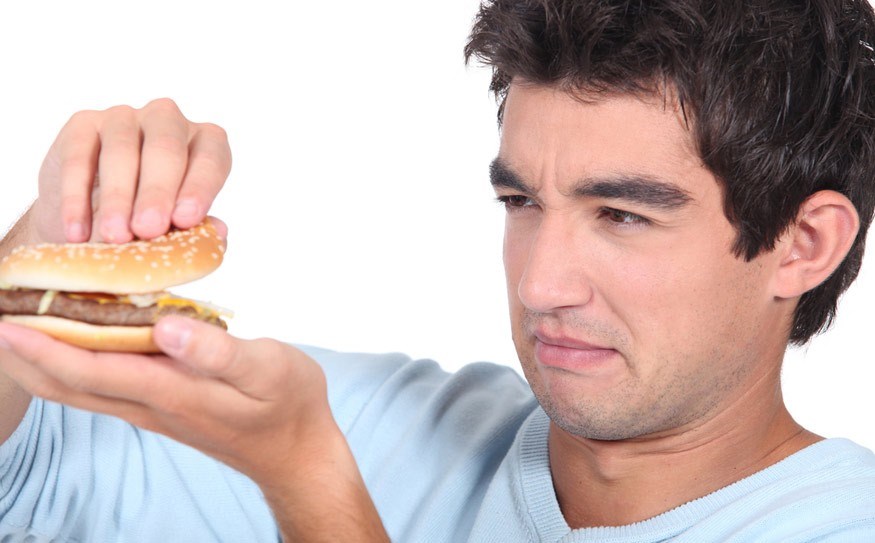 If I am what I eat, I could be you by midnight."

Okay, admittedly it was the cheesiest of pickup lines. But the sexual revolution was swinging only reluctantly toward the end of its arc, AIDS hadn't become humanized yet, Robert Heinlein's Stranger in a Strange Land was a must-read best seller and, well, everyone was groking each other. More to the point, it worked as often as it didn't.

Alas, as with so many other things, the seemingly simple thought behind the expression has, in the ensuing decades, become anything but simple. If we are what we eat, we may all be on the road to perdition.

It was bad enough when we finally realized food science was, if not an oxymoron, at best a nascent field of study. When the alarm was raised and we were all warned that eating butter was harmful, we dutifully held our collective noses and switched to margarine. When it was subsequently discovered margarine would kill us even faster than butter and, in fact, pure, sweet butter was better for us, we switched back and felt a close kinship to our Catholic friends who were still reeling from the papal revelation that eating meat on Friday was no longer sinful.

We'd barely had time to become smug before we were warned about the devastating health effects of bovine growth hormone, trace antibiotics and the raging incidence of lactose intolerance traceable to all dairy products, leading us to the grim realization that, at least as far as butter was concerned, Marlon Brando had shown us a better use for the stuff than Julia Child, thus giving rise to the popularity of tango lessons.

But as far as food wars go, that was only the opening salvo. Food is in serious danger of joining religion and politics as a subject best left unspoken in polite company. Dinner parties are minefields. There is no food you can safely enjoy, let alone serve today without pissing someone off. Vegetarians believe flesh eaters are savages, vegans believe vegetarians are poseurs, raw food cultists believe anything hot has been cooked in the fires of hell, antiglutenists believe wheateaters are glutenheads and chronic cleansers believe running anything at all through your pipes is simply crap.

Rather than join any side in the crusades, I've become a culinary atheist. I don't believe in anyone's recipe for salvation. I eat what I like and spit out whatever tastes bad. I welcome others to do the same.

If you think dairy, wheat, meat, shellfish, inescapable GMO grain, edible oils, non-organically grown fruit and veggies or anything else is going to ruin my health, light a candle for me and leave me the heck alone. I'll join the 100-mile diet as soon as someone within 100 miles starts growing citrus fruit, pressing olive oil, catching anchovies and harvesting capers. Until then, I'll continue to prepare food from ingredients — regardless of their pedigree — and enjoy the bounty of the world.

Which is exactly the culture I plan to immerse myself in next Wednesday at the Nk'mip and Osoyoos LaRose Winemaker's Après up at Steeps. Let us pause for a moment and detour from this screed about food as minefield and talk instead about food as culture. Not the kind of fatuous culture portrayed on FoodTV but culture as in a creative sense of place.

The true culture of a place, Whistler, say, lies in what it creates, as opposed to what it imports. For too long, too many of us have equated culture with events someone's brought to town, be it Shakespeare in the park or the VSO on the mountain.

But three years ago, the F&B team at the MotherCorp decided to roll the dice, marrying the creative chefs who were working hard to upgrade ski hill cuisine — itself considered an oxymoron by many — and WB's corporate partner, Vincor. The idea was to create a multi-course tasting menu pairing some of Vincor's best B.C. wines with the chefs' best creations using fresh, local ingredients.

The early results were not entirely successful. Oh, the food was spectacular, the wine pairings superb, skiing down tipsy was a hoot — hmmm... I don't think I was supposed to say that — but attendance was, shall we say, disappointing. Now? The monthly events sell out. Why? Word's gotten out, the culture has begun to be ingrained, and success has followed perseverance.

And that's how you build culture. Event-by-event, idea-by-idea, risk-by-risk. Only very wealthy and very unimaginative communities can afford to import the trappings of culture. When they do, the results still ring hollow. It isn't their culture, it's rented. The residents know it; the visitors know it.

So when you see the real thing, that's the time to get out and support it. It might be well polished, like the Winemaker's Après, or it might be rough and tentative, either way, it's authentic and it sings the song of place.

While this might seem like an ad for the Winemaker's Après, it isn't. Well, not entirely. It is an unabashed promotion and celebration of Whistler's Short Skirt Theatre Company's homegrown, homeacted, homewritten play this weekend at Millennium Place.

A Long Time Ago (In a Ski Resort Far Far Away) is a romantic melodrama that takes place in the fictional intergalactic mountain resort of Whistleria... for the most part. Any resemblance to a well-known, six-part, sci-fi film series and a world-class ski resort — besotted as it is with issues as diverse as pay parking and industrial plants in residential neighbourhoods — is purely intentional. Or is that accidental? Whatever.

Written and directed by the very talented Heather Paul, whose accomplishments include herding kittens and cajoling high school students into performing musicals, and produced by the ridiculously hard working Karen Playfair, A Long Time Ago features local waitresses, bar managers, construction workers, hack writers, ski instructors and others who, for three nights this weekend will do their best to be actors. Why? I'm afraid that's one of those why do you climb mountains questions. If you have to ask, you wouldn't understand the answer.

But you can amuse yourself with this answer: Because that's where culture comes from. It comes from people who feel compelled to create it, who take financial risks to share it with others, who are driven to entertain and who, fortunately, can't remember one time to the next what an incredible amount of time, energy and hassle it takes.

So if you think arts and culture is important, I'll expect to see you there this weekend. And I'll be taking attendance. Time to walk the talk, people. Tickets at MY Place or 604-935-8410.