Holy cow! What a difference a week - or a few weeks - makes. Once again, we're free to wander the mean streets of Tiny Town secure in our illusion of security, haunted by nothing other than the global economic meltdown's impact on tourism.
Feb 27, 2009 5:34 AM By: G.D. Maxwell 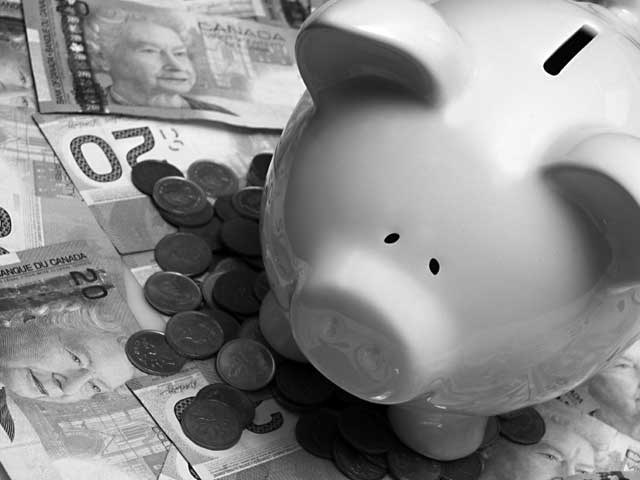 Holy cow! What a difference a week - or a few weeks - makes.

Once again, we're free to wander the mean streets of Tiny Town secure in our illusion of security, haunted by nothing other than the global economic meltdown's impact on tourism. The blue skies and dopplering Oly-Army helicopters have given way to the warmth, comfort and soothing familiarity of dense fog, fresh snow and rain, relieving us all of dry skin and numb toes visited upon us by our protracted brush with sunny weather. Not only can we reacquaint ourselves with skiing powder, we can, once again, accidentally pull into Lot 4 without being swarmed by humour-impaired, heavily-armed, mirror-on-a-stick toting robocops determined to deliver us from the evils of Bad Guys and Terrorists.

In this pause between watching grown men and women ride sleds on our $100 million, energy-sucking sliding hill and the more rewarding opportunity to cheer parathletes as they ski downhill and cross country, I can't help wondering what all those sacred cows are doing wandering the village. I musta been asleep when the mayor and much of council went all Hindu on us.

It seems like only yesterday, though in fact it was a whole three months ago, when one-by-one, virtually to a man, hopefuls and incumbents alike promised there would be no sacred cows, at least when it came to looking at ways Whistler spends money in challenging economic times. Now, well, one can hardly wander the cobblestones without stopping frequently to scrape the bottom of one's shoes.

Who can blame us for being perplexed by the proliferation of blessed bovines among us. It seems that no step on the road to fiscal recovery is too small to be ignored, ridiculed and bristled at. No cows will be harmed in making this disaster.

Still, one wonders at the irony of it all. For a man who honed his chops fighting symbolic battles, who seemed to - back in the day when he was an environmental crusader and gadfly on council - understand the significance of symbolism and token victories, Mayor Kenny seemed to get particularly prickly when three of the new boys suggested he and council forego their automatic pay raise. "I don't really appreciate someone trying to exercise tokenism at my expense," he's reported as saying. Well, if the moo fits....

Heck, if tokenism is the only card you've got, you might as well play it. And make no mistake, so far tokenism is the only card showing 'round the council table. Of course, we're not seeing most of the cards. Tempting hints have been dropped in conversations with councillors that major steps are being discussed. I'm certain we'll hear about them one of these days, open and transparent government being another major theme of the last election campaign.

Having our elected officials give up their pay raise is token symbolism. Token because it amounts to chump change in the overall shortfall of the municipal budget. Symbolic because, had they chosen to do so, it would have sent a message that they're willing, personally, to share the pain. Maybe the symbolism would have been even more expansive. Maybe it would have suggested they're willing to ask other municipal employees to share the pain. Or perhaps symbolized that, as promised, everything is open for discussion and there are no sacred cows.

Ted, having been elected as the "finance" guy, says freezing council's puny pay would "disempower" them. That suggests he believes his fellow councillors and himself are there for the paycheque. The three councillors who voted in favour of the freeze - Grant, TT and EZ - certainly don't feel that disempowerment factor. They likely feel that taking such a symbolic step would, to the contrary, empower council to ask others to join the sacrifice. Shared suffering is, in fact, a very empowering experience... unless you feel you're only in it for the money or glory or whatever other variant of selfishness floats your boat.

In the absence of a willingness to make symbolic gestures, one is left wondering what, if anything, mayor and council is willing to do to address the financial mess we find ourselves in. The answer so far is... nothing. At least nothing new or bold. We'll raise property taxes. We'll trot out sacred bullshit public meetings with nifty storyboards and plenty of pablum. We'll hire Mustel Group to ask softball questions over the phone to bolster the easy-out position that people would rather pay increased taxes than see services cut.

There are two problems with this exercise in opinion shaping. First, as was evident by the mayor's perplexed look when William Roberts asked him during the first budget meeting exactly what he hoped this public relations move would accomplish. The answer, of course, was to raise a smokescreen to hide behind. The other problem was the questions Mustel asked. They were designed to achieve the desired goal. None embraced, oh, say, freezing staff compensation, a step many businesses in town have taken. That cow is off the table because our muni wages are tied by a formula to six communities in the Lower Mainland. The fact that former councils tied that knot and that this council could untie it in light of extraordinary circumstances is glossed over.

And so, it's business as usual in Tiny Town. We'll lay the blame off on fixed staff costs and higher transit costs this year. Funny though, most of the higher transit costs relate to the new bus facility and the 20 hydrogen busses coming to town. I'm not certain exactly what those hydrogen busses are if not symbolic tokens. But as long as we're getting new buses, how about selling advertising space on them - and the bus stops - like they do in, oh, every other town in North America.

But then, that probably would sully the Whistler Standard and really only raise a token amount, wouldn't it?