People choose to become tax exiles for different reasons, or at least different versions of the same reason: greed. Stripped of the rhetoric, it all comes down to keeping more of what they've made, inherited, swindled or stolen.
Aug 15, 2012 9:00 PM By: G.D. Maxwell 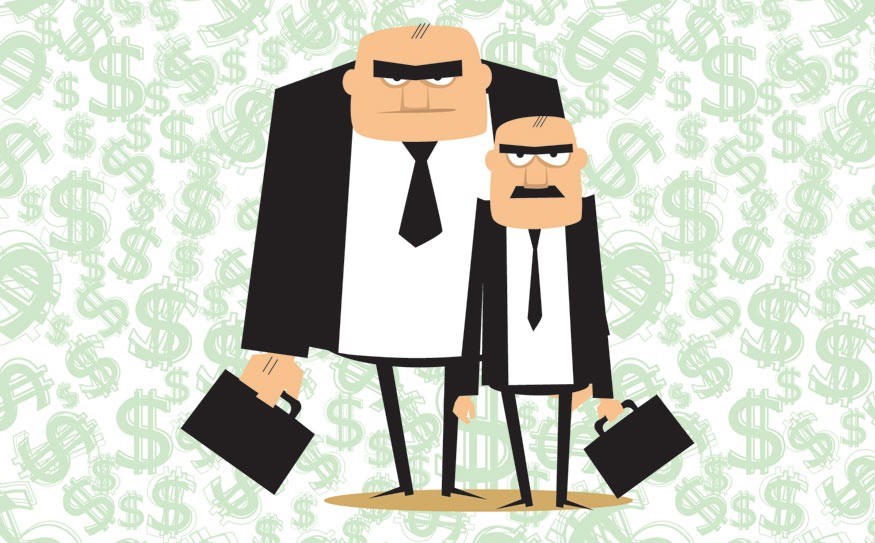 People choose to become tax exiles for different reasons, or at least different versions of the same reason: greed. Stripped of the rhetoric, it all comes down to keeping more of what they've made, inherited, swindled or stolen. Their loyalty lies not with their country of birth, choice or opportunity; it lies with the country most willing to look the other way and let them keep more of their loot.

Not surprisingly, tax exiles are generally wealthy: rock stars, captains of industry, ne'er-do-well heirs of captains of industry, celebrities of all stripes, former dictators, among them. I mean, that's the whole point of becoming a tax exile. If you don't have a lot of dough it's unlikely becoming a tax exile would ever cross your mind. This is a good thing because countries generally thought of as tax havens wouldn't want you unless you were fabulously wealthy. Generally they have enough poor people — since they don't tax their wealthy people fairly — and far too many hopeful souls scrambling to get a toehold in the middle class to want another wanker like you. So finding poor or middle class tax exiles is as rare as finding flavour in tofu.

Being wealthy does not, of course, mean tax exiles are smart. They have people for that. Accountants, lawyers, wealth managers and assorted leeches ferret out often creative schemes to enable their clients to keep that extra couple of million and keep themselves on retainer. You and I have no people on retainer. You and I have never been on retainer ourselves. People on retainer call it that because it sounds more high class than saying they're getting paid — how drearily bourgeoisie — or on the take, which is what the people running countries considered tax havens are often on. I'm not sure what they call it.

One of the defining characteristics of tax havens is — and this should really go without saying — an almost non-existent tax rate, which leads me to the question of the day. Why would the United States of America, country of my birth, consider Canada a tax haven? Canada is to tax havens what Richard Reid, better known as the Shoe Bomber, is to terrorists — a complete failure.

Canada is a country you live in because you want to pay more tax than people of many other countries, most notably the U.S. Okay, want may be too strong a term; we are, after all, Canadian. We enjoy the benefits that come with paying more tax — universal single-payer health care, public schools for the handful of kids who still think studying is a better path to success than auditioning for Canadian Idol, a civil service that rarely asks for or takes bribes to discharge their functions, roads that only occasionally damage our cars, things like that.

Inexplicably though, the U.S. seems to consider Canada a tax haven for the hundreds of thousands of its citizens who call the Great White North home. They think we're squirreling away our wealth in the People's Republic of Canuckistan to keep from paying our fair share of U.S. income tax, notwithstanding most of us aren't making any income from U.S.-based activities, using any U.S. government services or in any other way costing that government a dime, except what they spend to keep track of us.

If the U.S. Congress or the Internal Revenue Service (IRS) was nuanced enough to appreciate irony it might dawn on them that very few tax exiles move to a country with a MUCH HIGHER personal income tax rate to evade personal income taxes. However, one need look no further than the current presidential race — or the Dark Ages of Bush Jr. — to realize a grasp of irony is well beyond the ability of anyone running the country these days.

Americans live in Canada for a number of reasons. We marry Canadians, we like winter, we believe this is the kinder, gentler country the first George Bush promised us lo those many years ago, we were transferred here by an employer, we moved here because it seemed a more liveable alternative than committing atrocities in Vietnam. There is not a single U.S. citizen living in Canada who moved here to avoid paying U.S. income tax.

Yet, the U.S. government and functionaries at the IRS seem to think otherwise. Over the past several years they've been on a mission to smoke us out of our igloos and get us to pay our "fair share" of U.S. tax so wealthy Americans, Republicans, lobbyists and oil companies don't have to. They have harassed U.S. and dual citizens, frozen bank accounts, gone after assets of Canadian spouses of deceased Americans and driven a significant number of no-longer proud Americans to renounce their U.S. citizenship just to get the bloodsuckers off their backs, an act that itself costs nearly a thousand bucks to accomplish.

And in case you are wondering, yes, I have spent several horrific days recently muddling through my U.S. taxes. Paranoia, and a professionally insistent financial advisor, convinced me to file a couple of past year's taxes. I didn't want to do it. As far as I knew, the IRS didn't have a clue where I lived or even if I was still alive, a state of affairs that was just fine with me.

Now all this angst and effort on the part of the IRS might arguably make sense if there weren't various tax treaties in place between Canada and the U.S. But there are. And the net effect of those agreements is this: If you live and work in Canada, if you make all your income here and take full advantage of the parsimonious tax shelters offered by the Canadian government — notably RSPs — there is no way in hell you can owe the U.S. government anything. I have no idea how much money you'd have to make in Canada to have any tax liability to the U.S. I do know my meagre, middle-class income means I have to file four forms, three schedules, a couple of worksheets and undergo a rectal exam to prove I neither owe them money nor am I hiding any where the sun don't shine, before we can call it a day.

Under any rational understanding of relative tax rates, the only thing I would have to send the IRS every year is a simple letter stating, "I am a Canadian citizen. Capiche?" And they would understand, and quite possible pity me, rather than hounding me for nothing... which is what I've owed them each and every year since 1979.

And if the IRS is reading this, just kidding guys; I love each and every one of you. Please don't hurt me.