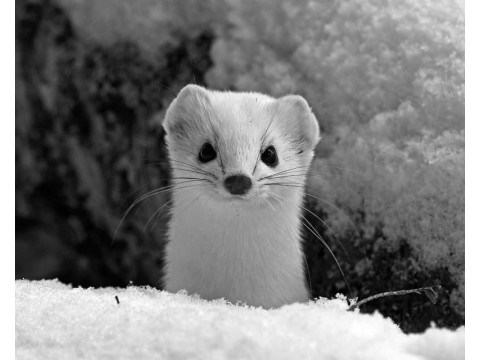 Whew! The long, national nightmare is over. Canada finally wins gold at the Olympics at home. Way to go, Alex. We're number... we're number... okay, we won a gold medal at home. And while we haven't exactly owned the podium during the first three days of Olympic competition, if we squint a bit and look carefully, we can at least see it.

While it was fun to speculate on the depth of national angst into which we would have sunk had we hat tricked infamy and been once again unable to climb the top step, we've been spared that national embarrassment. To some extent, it's been replaced by commentators and commoners harping on about how the whole "Own the Podium" talk is downright un-Canadian. Far too arrogant and boastful, perhaps even American, such talk may, they claim, come back to haunt the athletes, relegating them to less-than-golden finishes.

Okay, maybe the comments by Wolfgang Staudinger, head coach of the Canadian luge team could have been construed as a bit unfeeling, maybe a step or two over the line marking the outside border of Canada's famous national reserve. Staudi, less than 24 hours after the horrifically tragic death of Georgian luger, Nodar Kumaritashvili, commenting on the decision to move the men's start down to the ladies' tee, was grousing about how the Canadian team - having limited other countries to the minimum training time allowed under IOC rules - familiar and comfortable with the course, would lose its edge. Earth to Staudi: it's sport... as in sporting... as in sportsmanship. Or is it sportspersonship?

And though it's refreshing to hear Canadian athletes openly swaggering about winning chestsful of gold instead of claiming to be proud just to compete and do their best, many fear their bravado will jinx their ultimate chances. I'm not certain whether superstition lies at the core of this concern or whether those voicing it feel it's unseemly to spend so much money the nation could have spent on infrastructure, deficit-fighting or senatorial junkets, on the ballyhooed, chest-swelling pride we're supposed to feel from sea to sea to sea when our boys and girls prevail instead. Oh well, you can't please all the people all the time.

None of that really matters now. The weather gods have smiled, however briefly, the men's downhill was run, TV commentators found the courage to call Toilet Bowl and the Sewer by their rightful names and, alas, the day and the podium did not belong to the Canadian men. But hope springs eternal and I have more important things to do, namely share with all our welcomed guests the continuing history of Whistler.

When we left off last week, disappointment reigned in Whistler. There would be no Olympics in 1968 but a wellspring of hope bubbled in the nascent ski town. Locals and foolhardy Vancouverites - the road, though paved, was an adventure waiting for an accident to happen - enjoyed great snow, ungroomed trails, slow, rickety lifts and a mudpit of a parking lot where the Marlboro man's first cousin kept order atop his trusty steed. The Greeks served half-frozen burgers in L'Après and everybody skied naked at least one day a year; it was a rule.

Nothing much happened in the first half of the '70s, largely because the town, still peopled by warring factions of hippy-jocks, Eurosettlers and stiff upper-lipped proper British Columbians, couldn't really believe rock'n'roll was being replaced by disco, polyester and blow-dried, Farrah Fawcett razor cuts.

Development, such as it was, continued apace with residential neighbourhoods of quaint ski cabins being built slowly but steadily in what was known during that era as people's spare time. The beautiful village you're wandering aimlessly around was the town garbage dump and the local bears were, in the words of McDonald's, lovin' it, bearproof garbage cans not having been invented yet.

Unlike today, where the slopes of Whistler Mountain are cleaved by the tribes of skiers and snowboarders, in that earlier time, it was all skiers, all the time. Having no one to complete the them-us equation, skiers themselves split into factions of racers and recreational skiers and fought each other for dominance. On weekends, at least, racers were king of the hill.

Ski racing in Whistler has a long and glorious - if perhaps a bit soggy - history. Long before the first World Cup downhill was ever postponed due to weather in 1975, the Whistler Mountain Ski Club held races that drew people from as far away as Port Coquitlam.

Running on more or less the same course as today, give or take a few ostentatious McMansions near the finish, the races were spirited, if dangerous. Safety systems consisted largely of bales of hay, rosary beads and oft-kissed St. Christopher medals. And grooming, for the most part, hadn't been invented. A primitive Tucker snowcat - surreptitiously "borrowed" from B.C. Hydro - smoothed out some of the lumps but the lion's share of the job was done by hand, er, foot, by the soon-to-be famous Weasel Workers.

While local mythology credits Owen Carney for conjuring Weasel Workers from a medieval spell, it was, in fact Bob Parsons who threatened and cajoled local layabouts with unspecified hardships if they didn't come together and labouriously create a smooth race course using nothing more than shovels, rakes, their bare, bleeding hands and the skis and boots on their feet.

Weasel Workers have a storied history and are known and respected wherever people race skis. Every year, Weasels travel the world helping make race courses out of mountains and well-honed teams out of disorganized strangers.

Weasel Workers got their name from the first really steep pitch of the Dave Murray Downhill - at the time called simply the Downhill - just below Toilet Bowl. The Weasel was called that because it was not only steep but it was home to the second largest weasel colony in Canada, the houses of Parliament being home to the largest collection of weasels in Canada.

During early races, many a promising downhill career was ended when the weasels, intensely curious creatures as every weaselologist knows, would pop up out of the snow to see what was going on. Like ballboys at Wimbledon, whenever a weasel would poke his furry little head up, a course worker would quickly scramble over and smack him with a shovel, reminiscent of the popular Whac-A-Mole game at the PNE. While brutal, the swift action not only made the course safer by removing an obstacle, the resulting blood smear gave racers something to focus on and laid the groundwork for today's course dyeing.

And thus were born the Weasel Workers. Tune in next week for the third and final installment of Whistler's Wacky History.