Concerned? You bet. Curious? Somewhat. Supportive? Not in the least.

Nearly 800 weeks ago, Bob Barnett strolled into the place I was working and nonchalantly said, "Wanna write a column for Pique ?" I never expected it to last this long - and no, I'm not quitting; don't getcher hopes up - but I did suspect it'd be a b
Jan 28, 2011 5:27 AM By: G.D. Maxwell 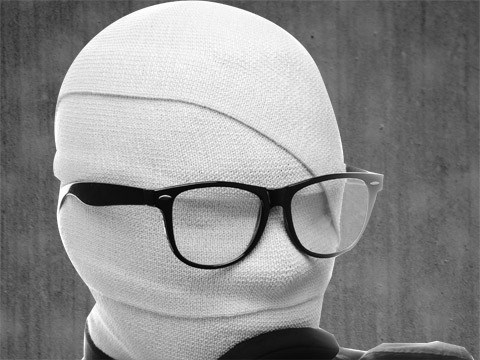 Nearly 800 weeks ago, Bob Barnett strolled into the place I was working and nonchalantly said, "Wanna write a column for Pique ?" I never expected it to last this long - and no, I'm not quitting; don't getcher hopes up - but I did suspect it'd be a bumpy ride. It has been.

About three weeks into the experiment, Bob visited me again at work. He told me one councillor and a developer wanted to sue over what I'd written that week. They'd been touting an early Housing Authority project as not only a great place to live - it was -  but as a reasonably good financial investment; it wasn't. Problem was, their arithmetic was wrong. It wasn't a matter of opinion, just faulty math.

I tried to ease Bob's concerns by revealing a part of my background he wasn't aware of, and I wasn't particularly proud of - an MBA in finance. I assured him my arithmetic was correct. I think I might have also said, "Get used to it."

Some months later, a character of questionable value made good on the earlier threat and did sue us. It was a baseless, petulant and juvenile display of pique and, of course, didn't go anywhere but it did cost unnecessary dollars at a time Pique wasn't really generating any.

There have since been irate phone calls to Bob, and Kathy when she was alive, from mayors, administrators, realtors, businessfolk, councillors, candidates and, yes, concerned citizens complaining about one outrage or another perpetrated by me. There have been meetings and audiences and vaguely threatening letters, faxes and emails. There have been eyeball-to-eyeball run-ins with red-faced, spittle-sputtering councillors I thought might end in bodily harm. And there have been friends who became less friendly over words I'd written.

But if you have an opinion, dress it up for public consumption and then hide behind a cloak of anonymity? Well, that's just chickenshit.

Which is one of the problems I have with Whistler's Coalition of Concerned Citizens.

I know who some of the CCCs are. I'm friends with some of them. I have respect for some of them as individuals. I patronize some of their businesses, share drinks and stories with some, and, tellingly, share most of their concerns. But they do themselves, their causes and their community - our community - a massive disservice with their we-don't-want-anyone-to know-who-we-are charade.

Public anonymity is the refuge of scoundrels and terrorists. It's the white sheet of the Ku Klux Klan, the black balaclava of the IRA and the unthreatening robes of the suicide bomber. It is not the murky shadows of Deep Throat, the necessary secrecy of the anonymous informant or the protected privilege of the whistleblower. It's drive-by bitching.

Ironically, it's also probably ineffective, neutered by its own secrecy. We've seen this movie before and the outcome is always the same. A group of "concerned" citizens, outraged businesspeople or disaffected whiners pop up almost every election. They run ads claiming to represent The Community without ever revealing which community or who they are. The ads, their cause(s), their candidates are forever tinged with a dye of suspicion and scepticism. Why? Because people tend not to trust opinions and positions championed by ghosts. People want to know who's behind the screen - a wizard or a charlatan. In the absence of knowing, they rarely guess wizard.

If the WCCC was just a group of pissed off citizens venting their outrage, they'd be mildly amusing. But they're dressing themselves up with a veneer of reason, logic and, gulp, statistics. What was it, Mark Twain attributed to Benjamin Disraeli? Something about lies, damn lies and statistics.

Now, I'm not averse to statistics. I use them frequently to make a point. When I want to dramatically make a point, I use dramatic statistics, saying, for example, "The muni is wasting bazillions of dollars hiring consultants to interpret other consultant's reports." That's okay. No one knows how much a bazillion is and most people understand, at least at an intuitive level, hyperbole.

We know the dismal stats on pay parking revenue. We know the laughable pro forma - wildass guess - the muni floated to justify pay parking. But we only have the word of a ghost to trust on the business impact of pay parking. Oh, and if you think it's bad now, it's about to get worse. Kiss Lot 4 goodbye and don't hold your breath for anything remotely sane from the Group of Four about to launch Pay Parking: The Next Generation.

Part of the insidious, corrosive nature of the WCCC's anonymity though is this: any rational discourse about pay parking will be that much harder because of their nightrider tactics. People who stand up, sign their name and publicly challenge the absurdity of the muni's pay parking strategy will have their points blunted by a cloud of suspicion they may be affiliated with this shadowy group.

And that pisses me off.

There are lots of reasons to speak out against the way pay parking has been handled, against the across-the-board budget cuts that reduce library hours while not effectively cutting the waste of silly consultancies, against the growing secrecy engulfing municipal politics, against the outrage of transit expenditures and against any number of other issues many Whistleratics are legitimately concerned about. But the infantile secrecy of the WCCC undermines the effectiveness of doing so. Hell, they might as well have been created by the municipal juggernaut.

So come out from behind the shadows, boys and girls. Step into the light. Nominate a spokesperson. Trust me, we'll be smart enough to know he or she is a spokesperson for your group. You'll raise the legitimacy of the WCCC by an order of magnitude. You'll get more free press because the papers in town want to talk to you and write stories reflecting your side of these issues. You'll become the agents of the change you want to make. You'll be taken seriously.

Or stay secret and be considered a joke. Your choice.