Let's see if we can wrap this up this week. Triple-One's proposed rezoning and private development of employee-restricted housing on Garibaldi Way is a deal the RMOW should turn down. Period. No tinkering with density.
Jan 17, 2018 5:00 PM By: G.D. Maxwell 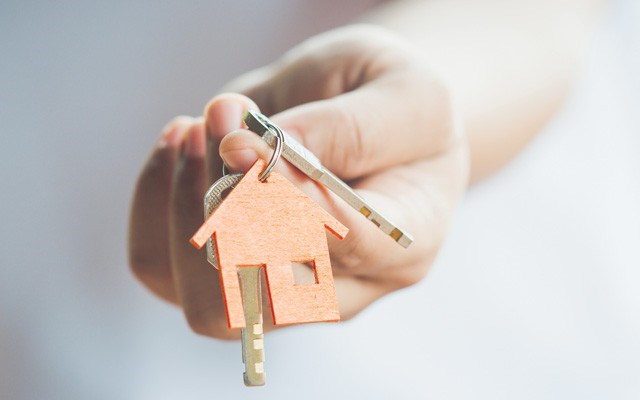 Let's see if we can wrap this up this week. Triple-One's proposed rezoning and private development of employee-restricted housing on Garibaldi Way is a deal the RMOW should turn down. Period. No tinkering with density. No dickering about unit size or mix. No thanks. As someone well acquainted with real-estate development in this town described it, this proposal falls somewhere between questionable and unbelievably dumb.

So let's be positive. What should happen? In short, if the RMOW thinks this project makes sense, it should be developed on the legacy lands at Cheakamus Crossing. But it should be done as a Whistler Housing Authority project. Oh, and it shouldn't be burdened with the overwrought, overly complicated District Energy System.

It also shouldn't be rented to employers. It should be rented to employees. The one's who have been cooling their heels on the waitlist for years. There's a very real moral hazard tying housing to employment. It restricts employee mobility and choice, it opens the door to a form of servitude, it invites abuse.

It's one thing for employers to purchase or rent market housing and make it available to their employees... on whatever terms the two agree to. It is something else — not something good — for the RMOW to facilitate binding employees to employers through their housing. If a private developer wants to build apartments for employers to house employees, fine. Assuming they have the zoning and the bed units, acquired at whatever the market rate is for bed units.

Unfortunately, if this proposal proceeds, it will set the bar for future, similar developments, several of which are waiting in the wings. The rents will be unaffordable except to a select, small number of employees or the covenants will be written so loosely employers will be emboldened to pack sufficient numbers of their non-mid-level career employees into the units. And let's be honest, it would take a particularly brave employee to blow the whistle on their employer, lose their housing and job, and face the consequences.

It would also set up the scenario for the developer coming to the municipality to convert such units into market rent — as opposed to employee-restricted — apartments when the inevitable economic downturn comes and employers neither need nor want overpriced employee housing.

That isn't a business the RMOW should be encouraging or engage in.

Neither should it be in the business of subsidizing employers, which is what this amounts to. To do so perpetuates an endless growth cycle that began with the global economic meltdown of 2008. "Help us," businesses screamed. And so the RMOW festivalized and animated Whistler, which, in combination with the Olympics and strengthening U.S. dollar, brought people to town. Business thrived, expanded, needed more employees, which led us to the feedback loop we're in where business expansion begets the need for employees begets the need for housing, etc.

Oh, it also spawned the current discussion about over-tourism, overcrowding and other ills the town is currently facing.

To address this very real problem, the RMOW shouldn't be enriching private developers. It should stick to the model developed over the past few decades that is the envy of every city, town and municipality that's studied it: The provision of affordable, targeted, fair, employee-restricted housing delivered and managed through WHA.

Whistler — largely through the efforts of Jim Godfrey, who was CAO at the RMOW at the time — negotiated 300 acres of land, the Legacy Lands, for the express purpose of building employee-restricted housing to meet current and future needs.

If the RMOW had utilized all that land already and still had a housing shortage, then, and only then, would cutting a deal like this one — although not this specific one — make sense. But we're a long way from being there and with any luck, sanity will prevail and Whistler will never grow that large and become that crowded.

So what is the reluctance to moving forward with developing more employee housing in Cheakamus? The projects already planned are a good start. But if there's a need for the kind of employee housing outlined in Triple-One's proposal, the RMOW should build it. It will be far more profitable for the RMOW to build it on free land than it will for the private developer to build it on land that cost $2.4 million!

But somewhere, the notion of undue risk has affected, or more accurately infected, muni hall. Some councillors and some senior managers seem to fear the risk of more aggressively developing WHA housing. While I wouldn't be surprised that fear has been seeded by those with a vested interest in pushing the private developer/employee-restricted housing agenda of the mayor's task force, it is misplaced and shows a serious misunderstanding of the risks involved in residential real estate development.

It also raises questions about that one-page section of the mayor's task force. While the RMOW's planning department, in recommending Triple-One's application, underscored the community's support for the task force, I'm wondering how that support would have gone if the report had suggested, as being illustrative of what it had in mind for private sector development, a three-building, 74-unit apartment complex at the dead-end of a quiet, residential neighbourhood. I'm guessing support might have been more tepid.

Given the task force reported at a community forum on Nov. 2, 2017 and Triple-One's proposal was finalized on Dec. 12, 2017 and submitted to council at the Dec. 19, 2017 meeting with the recommendation of the planning department, it stretches the imagination to believe the task force had no idea this was in the works. So who's being transparent with whom?

If spending three weeks on dissecting this proposal seems burdensome, my apologies. There are times I wish I didn't care. Times I would prefer to walk the ignorance is bliss road.

But Whistler's history is rife with proposals that were driven by profit motive and enlightened self-interest, including Whistler Village itself, which businessfolk and property owners wanted to site at Mons when the notion was being kicked around in the 1970s. This town's done an admirable job of making good choices to keep things liveable. It's not getting any easier and it won't get any easier in the future. But we're going to be better off in the long run if we can continue to keep our focus on affordable employee housing we control and enjoy the benefits of as opposed to for-profit proposals that could morph into something undesirable as the roller coaster of the future plays out.

And I suspect councillors who are going to make this decision and have any notion of running for re-election in November should probably bear that in mind, if the correspondence and conversation I've been having since this started is any sign of Whistleratics' opinion on the subject.