MAXED OUT: A lesson on staying with your core competency? 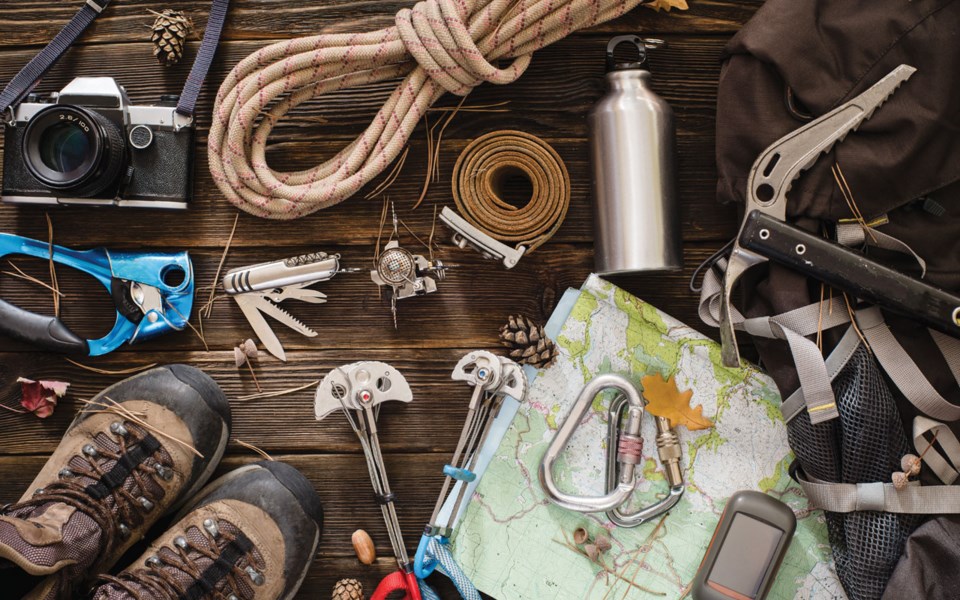 One day, in the early 1970s, hiking and climbing in my backyard mountain in Albuquerque, I followed a high ledge featuring a vertical wall on one side and a “you-fall-you-die” drop on the other. It seemed safer than it sounds because the ledge was pretty wide... until it narrowed. Gradually.

It still seemed safe and looked like it led to a scramble up a boulder-strewn dihedral far enough from vertical to be a way out. There was only one move that looked dangerous, a blind, outside corner featuring what looked and felt like a good thank-God handhold.

On the other side, out of sight, was the unfortunate fact the ledge played out to, well, nothing before reaching the confluence of the two walls.

With more bravado than brains, I made the move. The handhold broke off in my hand as I cleared corner and discovered the reality of the ledge. Caramba!

Going forward was impossible. Going back meant putting my centre of gravity far enough out to fall with only my friend’s outstretched hand to pull me in to safety.

Sitting on the ledge, on either side of the corner, we pondered the options. He could go back home and get some kind of rope but it would be well after dark before he could get back and other than a bottle of water, a joint, and the sweaty clothes I was wearing, I had nothing to ward off what would be certain hypothermia once the sun went down.

After half an hour organizing my thoughts, running through the non-options and contemplating what it would feel like to fall several hundred metres onto unforgiving granite, I made the move.

There are those who would say my gain was your loss. Whatever.

We decided on the way back to the car we really ought to buy some climbing equipment or stop climbing. Problem was, we were impoverished students and we hiked and climbed because it was the least expensive entertainment we could think of.

A couple of months later, we were visiting a friend in Seattle over Christmas break. We’d heard about a place you could buy inexpensive climbing equipment—Mountain Safety Research, MSR.

Recently opened, in a funky, quasi-industrial part of town, we wandered in and were amazed at the selection. Limited as it was, it was more than we’d ever seen up close, there being no climbing shops where we lived.

We bought a 150-foot-long (46 metres) 10.5-mm-thick, double-braid climbing rope. We had a choice of sanforized or un-sanforized, which was less expensive and, as the sales guy said, we only had to boil it for about half an hour to shrink the stretch out of it.

I won’t go into the detail, but there isn’t a pot big enough to hold 150 feet of rope of that thickness. But it worked well enough we used it a couple of years until we could afford a chi-chi European climbing rope.

We ended up at MSR, founded in 1969 and having just recently opened their first store, because REI, the gear co-op founded in 1938, was a little more expensive.

REI begat Mountain Equipment Co-op, founded in 1971 by some people who were impressed with the co-op structure of REI but tired of having to cross the border whenever they wanted to buy climbing gear.

When Mountain Equipment Co-op opened its Toronto store on Front Street in 1985, I thought I’d died and gone to retail heaven. Up to that point, I’d crossed the border, when I lived in Montreal, to buy gear at REI in Williston, Vt., or by mail order once I moved to Toronto.

Those were the heydays for what would become MEC. They were focused on high quality climbing and hiking gear and clothing. They formed Serratus a couple of years earlier to produce their own backpacks and bike panniers. Their stuff was awesome and their prices fair.

How awesome? I still have, and use, a Serratus backpack. Still have and use Serratus panniers. A pair of wool bike tights I bought at that Toronto store in 1985 and used for years commuting by bike are still my go-to first layer under my ski pants and have been every season since I moved to Whistler in 1992!

There’s lots of other MEC gear squirrelled away in a large cabinet in the basement, all still usable.

So it’s with mixed feelings I read this week about MEC selling out to a U.S.-based private equity firm. MEC’s been losing money faster than they’ve been making it. The pandemic was the last straw. Their banks, and no other banks, would continue to provide financing. It is the end of their moribund co-op model.

Watching MEC head toward oblivion was like watching a film about an airplane you knew was going to crash into a mountain. It was inevitable; only timing was uncertain.

Years ago, MEC lost its focus under “leadership” of people with no tangible connection to outdoor adventure more challenging than a walk in the park. They pursued urban chic, yogawear, fashion and expansion.

It became harder and harder to find anyone working in one of their stores who seemed to care more about what you needed than what they liked and who had first-hand experience with their products.

MEC became—or tried to become—the Walmart of active clothing and gear. Instead of carefully curated gear, all of which was functional and high quality, they adopted a scattergun approach that seemed to offer anything and everything, whether it was worthy or not. It got to the point where I hated, and often avoided, going into one of their stores. It was depressing to see rack after rack of marginally different, confusing outdoor clothing. It was more depressing when, having finally collared a salesperson, they couldn’t explain why one might be better than the other. “Go with the colour you like, dude.”

In trying to be all things—bikes, running shoes, power bars, outdoor clothing suitable for enjoying lattes on a bistro’s patio—to all people, they became fungible. They also lost much of their hardcore membership’s loyalty and interest.

Other than the announcement the new owners, Kingswood Capital Management LP, will likely close five of MEC’s 22 stores, there’s no indication of the direction they’ll take. At this point, I don’t really much care.

But it will be a good business school case study of a passionate company losing its way and chasing a fickle market with no sense of connection or loyalty. Perhaps a reminder for other companies in other industries, not that I’m naming any names.