MAXED OUT: Give your COVID brain a shake! 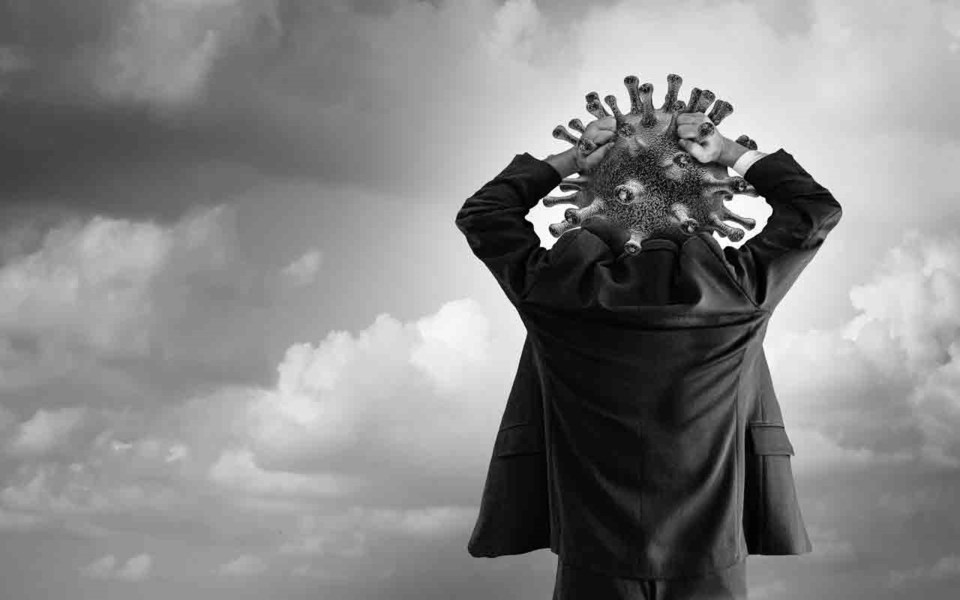 Strange decisions could very well be the result of COVID brain.www.gettyimages.ca

To some greater or lesser degree, we all seem to be suffering from COVID brain. Maybe it’s the prolonged isolation, disgust with those who can’t seem to abide by guidelines, Netflix burnout, inhaling daily doses of hand sanitizer, too much or too little alcohol intake, sourdough OD—whatever the causes, COVID brain leads to questionable decision making. Herewith are several examples you may or may not have noticed recently.

After years of staunch resistance, several lawsuits and U.S. congressional exemption from Title IX requirements, the board of directors of Boy Scouts of America, in 2017, bent to popular demand and opened their troops to girls who wanted to join.

The Boy Scouts had been urged to open their organization to girls by many women’s rights organizations, not the least of which was the National Organization of Women (NOW). In assailing its gender-restrictive rules, NOW’s president in 2018 said, “Women can now hold all combat roles in the military, and women have broken many glass ceilings at the top levels of government, business, academia and entertainment. It’s long past due that girls have equal opportunities in Scouting.”

In welcoming girls and simultaneously bringing its organization into the 21st century, the Boy Scouts changed its name to Scouts BSA, invoking ancient British motorcycles for reasons that escape me.

Wrong. Taking a page from Phyllis Schlafly—the conservative activist who successfully campaigned against the Equal Rights Amendment—the Girl Scouts of the U.S.A., filed a federal suit over the holidays against Scouts BSA. It seems far too many girls have decided pursuing an Eagle Scout designation is preferable to selling admittedly delicious cookies. They have flocked to Scouts BSA in numbers threatening to the only remaining gender-exclusive scouting organization.

With the release and approval of COVID-19 vaccines, there has been a bit of a scramble for places near the front of the line. There seems to be general agreement that frontline healthcare workers and high-risk individuals—not to mention prominent politicians and some overreaching hospital administrators—should be first in line. After that, we’ve seen a textbook case of rationalizations about who should be next. These run the gamut from a strong argument for, say, paramedics and a laughable argument for hockey players.

But for sheer chutzpah, it’s hard to beat last week’s suggestion from Dick Pound, Canada’s Mr. IOC. Dick argued Olympic athletes ought to be next in line.

In case you’ve forgotten, there was supposed to be a Summer Olympics last year in Tokyo. It’s been rescheduled for late July this year. The IOC waited until the 11th hour last year to pull the plug and will likely do the same this year. But Dick wants Canadian Olympians to be prepared... just in case... notwithstanding Tokyo is still reporting over 1,000 new daily coronavirus cases.

Dick’s pretty confident the Games will happen, though, and 11,000 athletes from 200-plus countries will descend on Tokyo in July. And what the heck, that would only be an average of around, “...50 vaccinations (per country), which would be a rounding error in almost every country in the world,” he said. He believes there would be, “... overwhelming support for that kind of initiative.” With the possible, unstated, objections of those non-Olympians he considers rounding errors.

The story goes, F. Scott Fitzgerald said to Ernest Hemingway, “The rich are different from you and me.” To which Hemingway replied, “Yes. They’ve got more money.”

But this is likely a mashup, shorthand for Fitzgerald’s lines in his 1926 story, “The Rich Boy,” where he wrote, “Let me tell you about the very rich. They are different from you and me... They think, deep in their hearts, that they are better than we are because we had to discover the compensations and refuges of life for ourselves.”

The response comes in Hemingway’s retort to his character Julian—who was based on Fitzgerald—in The Snows of Kilimanjaro. In an indictment of the rich, the following takes place: “The rich were dull and they drank too much or they played too much backgammon. They were dull and they were repetitious. He remembered poor Julian and his romantic awe of them and how he had started a story once that began, ‘The very rich are different from you and me.’ And how someone had said to Julian, ‘Yes, they have more money.’”

I thought about that comment over the holidays when one after another, federal and provincial politicians were called out for jetting off to holidays in the sun, despite repeated recommendations from all levels of government to avoid non-essential travel. It seems not just the rich, but the politically privileged and even those who were able to rationalize cheapass all-inclusive vacation packages, redefined what they considered essential travel and then had the audacity to apologize after the fact and acknowledge they wished they hadn’t gone. As if!

I’d have respected them a lot more if they’d just fessed up that they didn’t give a damn about any suggested restrictions. Of course, they wouldn’t have explained how so many people returning from the sun tried to hide their tans.

I was struck by the report recently in the Globe and Mail of how a family doctor struggled to bite her tongue when a patient sought her help because she was worried about getting the virus when it was reported someone on the plane home from her Caribbean vacation tested positive. Being a bit squeamish about other people’s blood is one reason I decided not to go to med school. The other was because I’d have told that woman, “There’s the line. Get to the back. And when you get to the front, go to the back again.”

So in the COVID-brain department, I can’t understand why the federal government doesn’t simply ban non-essential air travel. Barring this, why not take a page from other countries and force returning Canadians—and non-Canadians—to quarantine in government-controlled facilities at their own expense. Nothing like an additional two-week extension to your cheap, sun-filled holiday and a $4,000-per-person charge to make you think twice.

Of course, Air Canada would protest... and want a government bailout... notwithstanding they’re doing all they can to promote winter escapes to warm beaches. This, of course, comes on the heels of Air Canada wanting to take over Air Transat for $180 million, funds they likely have on hand from refusing to refund tickets Canadians purchased earlier in the year before so many trips were cancelled.

COVID brain? Ask Premier John Hogan who can watch Quebec impose a curfew, Ontario impose a province-wide lockdown and Alberta do, well, not much, without at least considering closing B.C.’s border to interprovincial travel.

The circus rolls on.