MAXED OUT: The devil we know…. 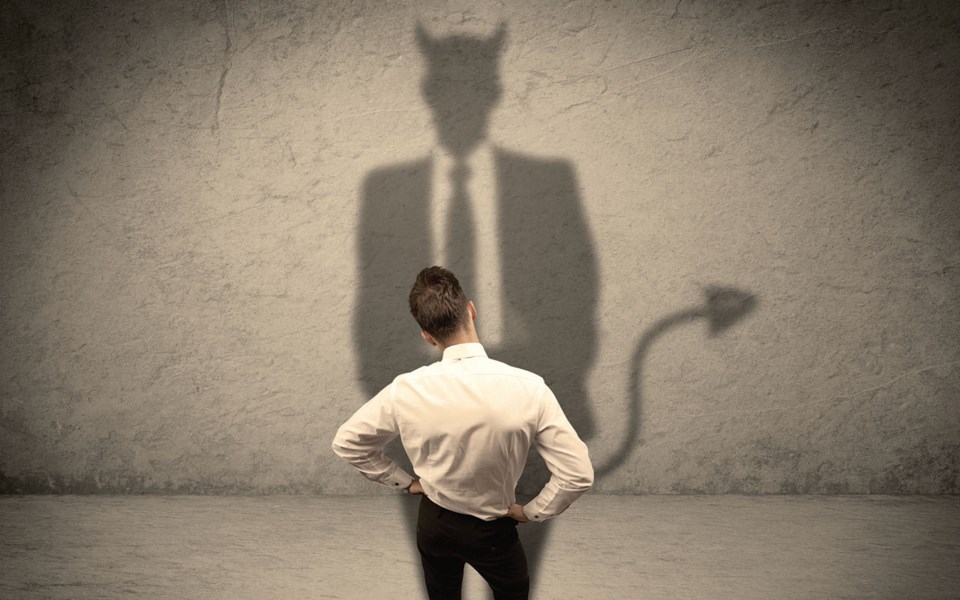 Somehow, the provincial election this past month seemed, well, boring. Predictable. Revoltingly self-serving in its origins, numbing in its progression towards an end surprising no one.

Compared to the Prologue to a Cultural Revolution being played out south of the border, B.C.’s election was as Canadian as ... never have figured out how to end that thought. Beavertails? Lager? Poutine?

The Big Turkey got his way, a majority government—unofficially, of course. It won’t be official for a few more weeks because of the mail-in ballots and the arcane, horse-and-buggy protocols in place to deal with them. Changes to this system were passed last year but weren’t going to be in place until the “scheduled” election next year, the one the Turkey couldn’t wait for in his quest for political stability or, more accurately, to strike while the opposition was in disarray.

All those mailed ballots won’t even start to be counted for 13 days after the election. Meanwhile, they have to be shipped to the district offices where the voters live, screened to ensure the voter was registered, eligible and didn’t slip in an in-person vote in the meanwhile, and then counted by hand.

While this delay in the interest of political stability will last at least two weeks, it won’t alter the outcome. It may alter who our MLA is, though. With a margin of only 604 votes, this riding’s Green candidate has to hope the vote-by-mail residents of West Vancouver—never known as a Green stronghold—didn’t number in the thousands.

And so we wait, not knowing for certain which candidate to congratulate. Meanwhile, the Big Turkey struts his victory and others write about how his popularity underpinned his victory. As if.

In the dark of night, lying in bed, listening to the blood rush through his ears and wondering whether the monsters will stay in the closet, Premier John Horgan probably understands the inaccuracy of those accolades. His victory had less to do with his popularity than it did with, in no particular order, the following…

Andrew Wilkinson was exactly the right man to lead the Liberals...assuming this election had been held a century ago. Yesterday’s man would have seemed refreshingly current compared to the hapless, inanimate Mr. Wilkinson, who couldn’t open his mouth without insulting half the listening audience. With a personality that combined the worst traits of the most arrogant doctors and lawyers, both of which he is, Mr. Wilkinson would have been incapable of reading the day’s obituaries without sounding condescending and arrogant.

With his “promise” to eliminate the provincial sales tax, he left many Liberals wondering whether zombies had eaten his brain and many of the rest of us wondering whether the proposal was some kind of cosmic joke. All told, if I were casting The Simpsons: A Musical, Andrew would have a lock on playing Mr. Burns. To his credit, it didn’t take him long to step down as leader...it just seemed like a long time.

The Big Turkey owes a Big Debt to the pandemic. I’m not certain whose idea it was for him to stay in the background and let St. Bonnie be the public face of the daily good news/bad news pandemic show, but given the shambles it has left several premiers in, notably Doug the Slug, he benefited greatly by simply being invisible. He got a boost because of how well this province has handled things while simultaneously being insulated when the spikes occurred. Astute move.

He benefited again from the pandemic and the toll it’s taken on voter participation. Notwithstanding numerous early voting days and the 724,279 mail-in ballots sent out to voters who didn’t want to risk even those, the overall vote total this time around was a pathetic 51.4 per cent. That’s the lowest proportion since statistics on that metric were first recorded back in 1928.

Why so few? COVID-19 fear, for one. I’m sure years after this pandemic has passed—assuming it does—we’ll be finding masked people squirreled away in their homes, surrounded by toilet paper, like those Japanese soldiers on remote Pacific islands who hadn’t heard the war had ended decades after the surrender. Can’t necessarily blame them.

There were undoubtedly a number of Liberal voters who just couldn’t be bothered or didn’t want to be a party to the foreseeable slaughter. Can’t blame them either.

And there were the terminally apathetic. I’d save my allotment of blame for them, but it would be pointless.

The premier owes a debt to the former leader of the Green Party, Andrew Weaver, whose single achievement was “negotiating” the agreement whereby the Green Party supported and made possible the Big Turkey’s minority government. Turns out Mr. Weaver was more bootlick than backbone, having been bent over the barrel several times by the Turkey, most notably the decision to not put a bullet in the brain of the Site C dam. Mr. Weaver’s response to this betrayal was the equivalent of rolling over and asking the Turkey to rub his tummy.

And as a parting gift, the former leader of the party knifed the current leader by endorsing the Turkey! And so, the Green Party treaded water, polling about the same percentage of the vote as last time, winding up with the same number of MLAs, assuming this riding’s preliminary result holds up.

Finally, the Big Turkey owes a double debt to the fallen angel: Beelzebub, Mephistopheles, Lucifer, the Devil. Many biblical scholars believe it was the Devil who, taking the form of a serpent, convinced Eve to eat the forbidden fruit from the tree of knowledge in the Garden of Eden. It may well have been His Evilness, in the guise of trusted advisors, who convinced the Turkey to betray his agreement with the Greens, ignore his legislated promise to not call a snap election and listen to those playing on his baser instincts. Or maybe he just woke up one morning and decided to go for the political gold. Who knows?

But clearly, he benefited from that other incarnation of Lucifer: The Devil We Knew. In an election against a glaringly inept devil we didn’t know, albeit leading a party of devils we knew far too well, it was an easy capitulation and devilishly clever to persuade the populace to vote for the devil we knew.

And so a majority did. The end.

Now all we have to do is convince the Turkey he owns Site C, not the Liberals who started it, and he damn well better pull the plug on it before he bankrupts the province.