Does Vail Resorts have the right to keep your money? 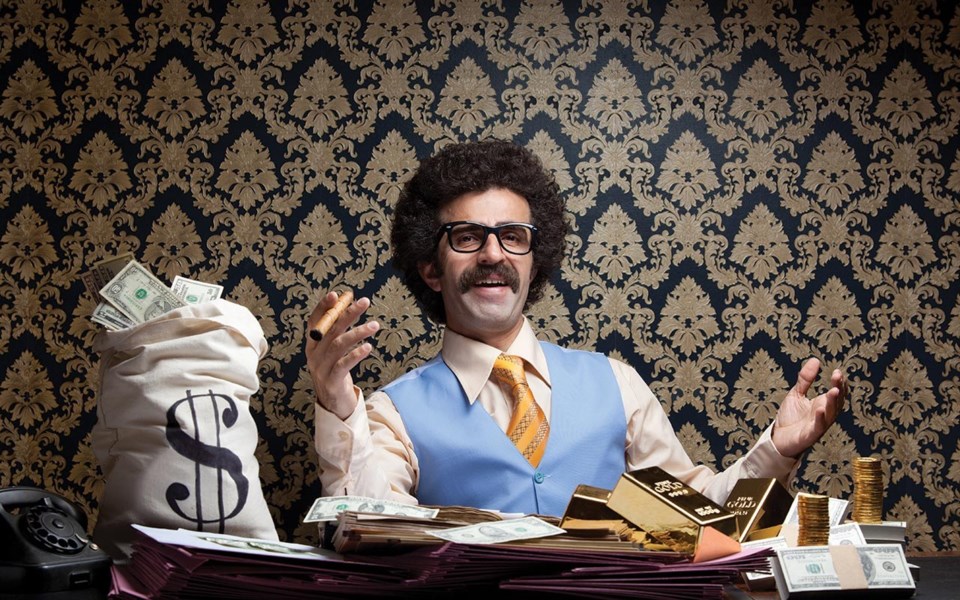 The closest I came to Hell involved a 15-year-old, brand-new driver who, in a moment of social engagement with the friends riding with her, left the street, mounted the curb and crushed the life out of an eight-year-old who was riding her bike on the sidewalk. The driver and her parents were sued by the parents of the dead child. Their insurance company passed the defence of the suit to my firm.

Despite numerous delays and a tsunami of discovery motions, the grieving parents refused all offers—totally insubstantial—to settle. We went to trial. It was my displeasure to, among other things, conjure an expert witness who, in disgusting detail, opined on the inability to "value" the life of an eight-year-old. After all, who knew what she might grow up to be?

As the trial dragged on, it was anyone's guess how the verdict might play out. Given the look on the faces of some jury members, the best outcome we, which is to say the insurance company, could hope for looked increasingly expensive. Time for Plan B.

With the dead girl's mother on the stand, I pursued a line of questioning best described as gut-wrenching. As I'd hoped, she finally broke down and blurted out words to the effect, "It's not their (the driver's family) money we're talking about. It's the insurance company's."

Having conjured up the image of a fat-cat insurance company, who was in no way a party to the lawsuit, the judge had no option but to grant my motion for mistrial.

The dead girl's family was devastated. This circus would start all over again... at a date to be determined. They eventually settled for a pittance rather than go through it all again. The insurance company was happy. I left the profession shortly thereafter, feeling the fires of Hell singe whatever soul I had left.

So it comes as no real surprise to me the trip cancellation insurance (sic) Royal Bank offers with both my credit card and travel insurance policy isn't worth the pixels it's printed on. While it's bad enough major airlines are weaseling out of providing refunds for cancelled flights and offering "credits" of dubious value and utility, it's even more egregious these so-called insurance policies are doing everything they can to avoid paying out according to the terms of their fine print. What part of providing a refund for a cancelled flight when it was cancelled, "... for any reason..." is unclear in any language other than insurance?

Once again, profits flow to companies, costs are socialized over consumers and taxpayers. And the circle of life goes round and round.

And while there was no assurance the shortened ski season of 2019-20 would unfold as expected, the Epic™ Passes and multi-day tickets/discount cards people bought before the season even started were, if not insurance, certainly prepaid admission to the passion skiers and boarders share about sliding down snowy slopes. For a number of those people, that too, proved to be illusory.

Sometimes when you live in a bubble, it's hard to understand the lives of people who live outside. Opening Day is Opening Day, right? It's the first day to go skiing, right?

But if you live where most Canadians live—well east of Whistler—your Opening Day may not come until March: spring break. That's when you and your family jump on a plane, find your way to Whistler, check in to a pricey hotel and hit the slopes for a week or two of skiing you've been looking forward to since you left Whistler a year ago.

And, if suddenly, Whistler is closed? All the other Epic™ resorts are closed? You are out of luck, sucker. As a number of people have emailed me to complain, Vail Resorts pocketed 100 per cent of the dough they spent for Epic™ Passes they couldn't use. What they got in return was a credit for 80 per cent of that amount, but only if they agree to spin the wheel of fortune and sign up for another pass for the upcoming season, which may or may not happen and if so, to an extent unknowable. And even if there is a season, they're not so sure they want to jump on another plane and risk it. But if they don't, tough noogies. The credit they're getting for the privilege of having Vail Resorts keep their unearned money is only good for one season.

One writer summed it up succinctly: "This sucks!"

Indeed, it does. Even more in light of the increase in next season's pass prices far in excess of inflation.

But, c'mon, it's not like Vail Resorts doesn't have a heart.

Its director of communications, Johnna Muscente, was quoted in this week's Globe and Mail saying, "The biggest thing that we can do as a company and as an industry is provide assurance. We need to provide our guests time and flexibility to their travel plans, and keep their health and well-being at top of mind."

Johnna, in case you've been living on another planet, your company has provided zero assurance. In fact, the most recent effort to pretend you're not keeping money that doesn't rightly belong to you is negative assurance. And as for flexibility? Vail Resorts' pass policy is a very good example of the kind of flexibility I used to see in Yoga for Stiff Old Guys classes. Creak, crack.

Consultants have a word to describe Johnna's sentiments: Bafflegab. Normal folk have another word. But the editor hates it when I use it in print.