In the book I haven’t written yet, The 100 Best Lines From a Century of Motion Pictures , one near the top was spoken by Sean Connery’s crusty Irish cop in Brian DePalma’s 1987 film, The Untouchables.
Dec 5, 2008 5:16 AM By: G.D. Maxwell 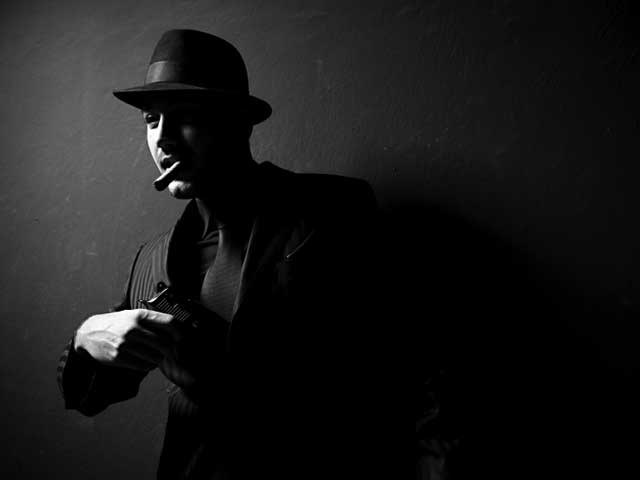 In the book I haven’t written yet, The 100 Best Lines From a Century of Motion Pictures , one near the top was spoken by Sean Connery’s crusty Irish cop in Brian DePalma’s 1987 film, The Untouchables. In the scene leading up to his death, Jim Malone, Connery’s character, enters his apartment to find one of Al Capone’s thugs there, knife in hand, to kill him. Pulling his revolver, Malone looks dismissingly at the would-be assassin and says, “Isn't that just like a wop? Brings a knife to a gun fight.”

Little Stevie Harper pulled what looked like a knife on the opposition parties last week and found himself, and his government, staring down the barrel of a gun. Three, in fact. Isn’t that just like a Conservative?

Stevie ended up looking more like Sonny Corleone’s worst nightmare. In another of cinemadom’s best lines, Sonny and his lieutenants discuss the meeting where brother Michael’s going to pop Sollozzo and Captain McClusky to square things after the attempt on Don Corleone’s life. Sonny emphatically directs his underlings to secure the gun Michael is going to use somewhere in the men’s washroom of the restaurant where the meeting is going to take place. “I don't want my brother coming out of that toilet with just his dick in his hands, alright?” he warns.

So that wasn’t a knife Stevie was brandishing after all. I hope he washed his hands.

I guess he can be forgiven for waking the Libs, NDP and Bloc. Who knew the Official Opposition would ever actually rise up and oppose… anything? Who knew they were armed? Who knew they even had a spine? They never set off the centre block’s Backbone Detector.

But when the dust settled, Stevie was beginning to look more like — and I promise, this is the last movie metaphor for this column — Harpo, as in Marx, rather than Harper. Now if he’d just take Harpo’s advice and keep his mouth shut.

Since before the united Conservatives actually formed their first minority government, everybody’s been waiting to see how they’d self-destruct. Would it be the intemperate right wing of the party demanding open season on homos, abortionists and other godless lowlifes? Would it be their inevitable mismanagement of the economy, now that conservatives in North America have become incompetent spendthrifts? Might the sabre-rattling of the war-mongering hawks lay them low?

No one guessed it’d be Harpo’s paranoiac drive to destroy the opposition from a shaky, minority base. But that’s what happened late last week when, in the guise of fiscal restraint — itself an economic misplay of enormous proportions in recessionary times — Harpo honked his horn and out came a plan to dismantle public funding of political parties. What the hell, it’s not like the Conservatives need public funding to mount a minority-in-perpetuity government. Not when the corporate pigs are deep in the public trough and tithing to Harpo and his henchmen.

There are only two good things about this whole affair. Finally, after an election that made watching paint dry seem exciting, Canadian politics are worth paying some attention to. And, even more interesting, we once more get to throw around the word prorogue in casual conversation, even verbanize it. “Been proroguing lately?”

This is especially popular in and around Edmonton where most of the population mistook Harpo’s threat to prorogue Parliament as a call to perogy Parliament. The entire Canadian-Ukrainian population of that city — which is virtually the entire population — was dusting off their colourful folk costumes in preparation for an ethnic food fight on Parliament Hill. Which may not be far from what actually happens and which, ironically, would constitute a higher form of discourse than is usually witnessed there.

In case you haven’t been following what’s been going on, here’s the short version. Little Stevie formed a minority government a few years ago. When he took over from the scandal-ridden Liberals, he inherited a handsome budgetary surplus. Ignoring the pleas of virtually every economist in the country — after all, he’s an economist himself — he pissed away the surplus on cuts to the GST which no one seemed to be clamouring for, income tax reductions and pointless spending programs designed to make the Conservatives more likable.

It didn’t work. So he made Parliament unworkable, as a ruse to ignore his own law fixing election dates, and, in his best impersonation of Claude Rains’ — sorry, I can’t help myself — prefect of police in Casablanca, declared, “I’m shocked. Shocked to find Parliament not working!” and called an election.

Piqued to find himself leading(sic) another minority government, he went all Joe Clark on us and governed(sic) like he had a majority. In the meantime, the World Economic Meltdown caught up with Canada and Harpo found he’d left no cushion between his government’s reckless pilfering of the Liberal surplus and a looming bus ride to deficit city. So he did the only thing a prime minister with a slim grasp of reality could do: he threatened to cut public financing to political parties in a pointless effort to appear fiscally conservative.

And that brings us to the present, which is not a pretty place to be.

Stephanie Dion — lamest duck leader of the Liberals — Diamond Jack Layton and Captain Quebec formed an unholy alliance to replace Harpo and the Conservatives and form a coalition government. A coalition government is a gentlemen’s agreement, between people who’d rather cut each other’s throats, to run things as though they actually agreed on something. There are any number of coalition governments at work around the world. Italy and Israel come immediately to mind if that gives you any indication of how stable a government we’re talking about here.

And now, in a plot twist worthy of Bollywood, it all comes down to the decision of an unelected relic of a form of government — monarchy — that should have been booted out of Canada generations ago. Miki Jean, the Governor-General, the British Queen’s representative in colonial Canada, gets to decide whether Harpo can prorogue — suspend — Parliament, hoping everyone loses interest in the tryptophan-induced hangover of Christmas, or let the Coalition of the Witless take over. It pretty much comes down to a choice between Harpo and the Three Stooges.

You know things are getting interesting when Canada’s national newspaper, long a small “c” conservative institution, calls for Little Stevie to resign. Trouble is, there’s no one to replace him, though I’m sure Stockboy Day would love another ride on the Sea-Doo.

This would all be very amusing to watch if there wasn’t anything pressing for the government to do. But there is this pesky world economic collapse to deal with.