For the briefest of moments last week, I thought I was finally having one of those much-touted, eagerly anticipated acid flashbacks da man always warned us kids about.
May 14, 2010 5:23 AM By: G.D. Maxwell 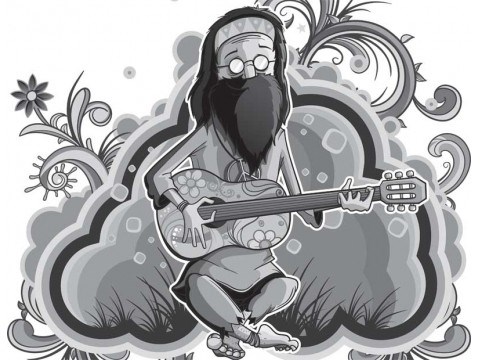 For the briefest of moments last week, I thought I was finally having one of those much-touted, eagerly anticipated acid flashbacks da man always warned us kids about. It was a purple haze, magic carpet ride back to the '60s - though not the best part of them - when Councillor Forsyth, channeling his inner Dick Nixon, breathed life into the long-forgotten, always disputed Silent Majority.

No, seriously, folks. There is apparently a silent majority of Whistleratics. Hard to imagine in a town of such passionate, outspoken people, isn't it? Setting aside for the moment reality - which is to say whether they are, in fact, silent and a majority - this newly discovered S&M crowd whole-heartedly supports the upcoming, oft-derided Town Party. At least in Councillor Forsyth's imagination, er, view.

"I think the silent majority is going to show up for Canada Day...." he says, implying there is a large, quiet groundswell of support for the event. "The naysayers are not going to win." I can't believe anyone would resurrect the Silent Majority and fail to invoke the "nattering nabobs of negativity." C'mon, Ralph, what's Tricky Dick without Spiro by his side?

Perhaps it was the spectre of this chimera that led Councillor Zeidler to abandon his own support for the shindig. Or perhaps it was the not-so-silent numbers of townsfolk - clearly not a majority, since there can only be one majority - who led him to say, "I have seen and heard violent opposition to this thing, and it has been ongoing and relentless." Which is pretty much what everyone else has witnessed outside of Ralphland.

Well, we seem to be mired in two solitudes here. How very Canadian.

Ralph wants opinion leaders to step forward and support the party. Loathe as I am to claim the title, here goes: I support the Canada Day festivities... with the following caveats.

Before you start wondering whether I drank the Kool-Aid or accusing me of flip-floppery - which is such a cool word I wouldn't mind at all - bear me out.

What we actually have here is one of those classic, Whistlercentric failures of communication and planning. I'm never certain whether these debacles arise from fear or incompetence but it doesn't really matter which. When the "town party" was announced a month ago, there were three reasons for having one: reignite our Olympic spirit, congratulate ourselves for a job well done and spark some summer tourist business.

Regarding those first two reasons, former U.S. president Lyndon Johnson, himself a '60s flashback and a good ol' southern boy, was fond of saying, when somebody was trying to obfuscate the truth by hanging a lot of distracting tinsel on it, "Don't piss down my back and tell me it's rainin'."

We're having a four-day party over Canada Day because it's good for our tourist business. Tourists are our one and only business. Without them, we're a ghost town. I can get behind that. I didn't need the lipsticked pig of a "town party" to buy in. I could have supported it from the beginning if that was the way it was presented. Well, sort of.

There are still some issues.

Property tax versus hotel tax. All of the councillors are contorting themselves to dispel the misinformation that you and I are paying for this party. "No way, Jose. This is hotel tax money," they say.

Okay. So what? I'd feel a whole lot better about that rationale if Whistler's Mistress of Money would assure me there are no public expenditures currently being funded with property tax dollars that might just as easily, and legally, be funded with hotel tax dollars. The uses of hotel tax revenue are proscribed, if somewhat ambiguously. I could shrug my shoulders and say, "Hotel bucks; who cares?" if I had some faith that work done to promote tourism and enhance the visitor experience by various muni departments had been scrutinized to determine whether some or all of it could be funded from the hotel tap. So would many of the Vocal Minority, I suspect.

Value for Money. A lot of the opposition to the town party trial balloon was grounded in the questions raised by the budget. Initially presented as a two-day party, almost half the budget, $46k, was earmarked for stage and tech. As memory serves, $16k was for talent. Does that balance seem odd to you? Are people going to drive up from the Lower Mainland and Washington to see a really bitchin' stage with a dribble of talent? I suspect reversing those numbers - and then halving the stage and tech component once again - would make for more success. Hell, I imagine people would be happy to see great talent performing on the back of a freakin' flatbed trailer rather than a soupcon of talent on a very impressive stage. More pork, less lipstick.

I could be wrong. I'm not an event producer. But just to be safe, I've spoken to several who have pretty much reacted the same way... rolled eyes, smacked forehead, "What were they thinking" expression.

What it conjures up is the muni hall money machine run amok, spending frivolously and calling into question the wisdom of and respect for the sources of funds they're spending, not to mention dredging up old spending wounds. Bad planning or bad communication: you choose.

Ad hoc or strategic. Assuming we ever address the question about property tax being used to pay for some things hotel tax could pay for, spending hotel tax for multi-day festivals to boost tourism makes mucho sense... as part of a well-conceived, well-executed strategy. It makes virtually no sense as an ad hoc , one-shot deal. If we're going to view Canada Day as the kickoff of summer tourism season, we should also view this event as the first element of a cohesive strategy to bring tourists back to town throughout the summer. Otherwise, what's the point?

A four-day blip at a time when we'd already have the best numbers for the month of July isn't going to help all that much. But follow that with another extravaganza in August, another in September, some additional promotion for Whistler Arts Council's summer programs, the lollapalooza of Crankworx sandwiched in August, and you begin to have the start of a strategy to maintain momentum throughout the summer months.

Hell yes, I'll support that. Ask people who live here to come on out and show our guests a good time and we'll do what we did during the Olympics, whether we were supporters or detractors, majority or minority.