One of the favourite stories long-time locals love to tell relates to the early policing of the town of Whistler, or Alta Lake, or whatever the transition phase name of this place was long before it was a resort municipality.
Jun 11, 2010 7:16 AM By: G.D. Maxwell 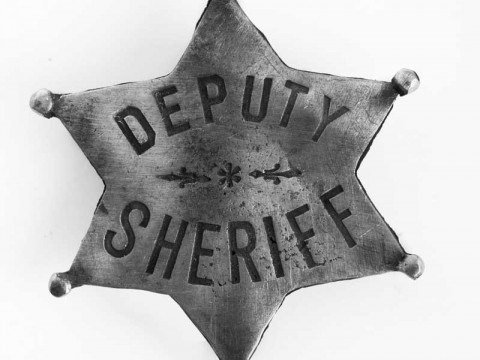 One of the favourite stories long-time locals love to tell relates to the early policing of the town of Whistler, or Alta Lake, or whatever the transition phase name of this place was long before it was a resort municipality. In that long ago time the town pretty much consisted of Whistler Mountain, two bars, two gas stations, L'Après and a couple of other seminal businesses meeting the relatively modest needs of 800 or so people living here. Just about anything that didn't revolve around gas, alcohol or food served on a plate required a trip down the valley on a road only recently paved.

One of the two business establishments serving beer and burgers in this early 1970s time period was the Boot - we shall now observe a moment of silence. The Boot pretty well established the northern limit of Whistler then and it wasn't too much further up the road to where the pavement ended.

Bracketing the other end of commercial life in Whistler was the Cheakamus Inn, right about where Vale condos are. As is the case today the bars in those pioneer times were fairly close knit... only without all the tourists. It was a simpler time, after all.

Missing from the early Whistler scene was a policing presence. There were no local RCMP officers, no Bylaw officers, no sheriff Andy and deputy Fife. What there was instead to keep the peace was RCMP from Squamish who would rove up to the end of the road to make sure the peace was being kept and no one was getting too far out of line. Absent a call for help, policing could have been called casual in those days.

The story, at any rate, involves drinking at the Boot. Before the Whistler Television Society brought the Beverly Hillbillies and Mannix to town, drinking was pretty much the extent of entertainment during the long dark nights of winter; ditto for the long light nights of summer. While many patrons of the town's watering holes walked or hitchhiked, many more drove, there being no public transportation at the time and only a nascent movement to convert drunk driving from an activity about as unusual as breathing into one of moral turpitude. Very few mothers were MADD. You had to be more or less blind in both eyes to consider leaving your truck in the parking lot and risk freezing to death walking home.

But discretion being the better part of keeping your license - assuming you had one to begin with - no one relished the idea of accidentally stumbling upon the RCMP boys while they were making their nightly visit to Whistler. To deal with this minor annoyance, and as a public service to their patrons, there evolved a rather sophisticated communication system between the Cheakamus and the Boot.

"We'd be sitting around the Boot, listening to music, drinking and telling lies," as the story has been related by a composite of old-time locals, "and they'd announce 'The RCMP is on the way.' So everyone would just hold tight. A few minutes later, the patrol car would drive by or sometimes the cops would wander into the Boot to check for underage drinkers, then they'd head back down valley. When they'd pass the Cheakamus, someone would come on the PA system again and say 'The RCMP has left; it's safe to go home if you want to.' We'd wait for the all-clear before heading out to our cars and going home."

Most of the traffic accidents in those days involved snow, speed and the curve and hill on Lorimer Road. They may or may not have involved alcohol. They didn't necessarily need to. As you drive down Lorimer today, it can still be a tricky road in the wrong frame of mind - not that I have any first-hand knowledge. But before it was "fixed" the road was treacherous. As you approach Myrtle Philip School, you might notice the cutbank on both sides of the road. Pretty high, isn't it? It's where the road used to be and before everyone had sport-utes and 4x4s getting up it, down it and around the curve was a crapshoot.

Policing in Whistler was pretty uneventful for quite a long time. The first time the local bank was robbed the RCMP found the culprit drinking in one of the bars. Duh. The second time, the whole bank was not just robbed but stolen. What do you expect when your bank is a travel trailer? There being only two ways out of town - one of which didn't go too far - it didn't take the elite squad to crack that one.

Other than a murder at L'Après and keeping an eye on the nakedness and debauchery at the annual burner parties at Soo Valley, drunk and disorderly and traffic violations were about the extent of policing.

I guess that's why nostalgia-tinged old farts call those the good old days.

Residents weren't sure whether something big was going down or whether the uber- derivative world of television was filming an episode of CSI: Whistler when the RCMP, Whistler Fire Department, B.C. Ambulance crews and a Lower Mainland hazmat team descended on a parked truck. Businessfolk and residents looked furtively for the camera crews as they were told to evacuate the area lest everything in sight blow up.

Alas, no film crews. Alas, no drugs either aside from some residue on paraphanalia that can be used to make hash - enough to lay charges for production evidently, but there were no charges for possession or trafficking.

But what the heck. In a world where people of good character and sound judgment really believe we need to spend a billion bucks for security for a two week Olympics or a three day G20, this exercise wasn't even a rounding error in the budget.

Where have you gone Sgt. Preston?