Give thanks for snow...but take it easy

I believe this is what showbiz folks call a soft opening. Yesterday Whistler, today Blackcomb. Tomorrow? Depends on the snow.
Nov 23, 2016 5:00 PM By: G.D. Maxwell 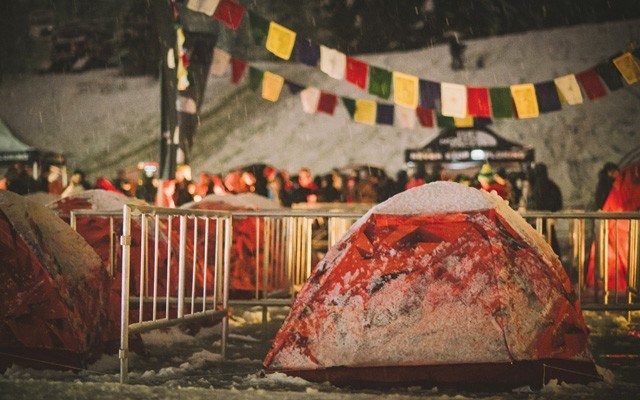 I believe this is what showbiz folks call a soft opening. Yesterday Whistler, today Blackcomb. Tomorrow? Depends on the snow. Whistler's Wednesday opening was greeted with big crowds, not-so big snow and displays of enthusiasm far in excess of displays of skill. So, was it worth the wait?

Of course it was. It was worth all the driving and doubt, the sketchy food and bummed beer, the couch surfing and cash hemorrhaging and that particularly uncomfortable moment when you announced to your folks you were dropping out of school, quitting your job, borrowing your pop's aging Toyota and heading out to Whistler — "just for a year" — to be a dirtbag, ski-bumming skid, although I'm sure you phrased it differently, "finding myself" or something life affirming like that.

Whatever second thoughts you might have had fighting for your bit of space on Wednesday's crowded runs will have slipped away like unlocked skis outside the Longhorn when Blackcomb opens today, all praise the gods of snowmaking and the trek to the backcountry.

But the hills are once again alive with the sound of delirium and the occasional discouraging word, uttered with anguish when someone with more bravado than brains slides too far off the straight and narrow — and not very deep — and into a rock garden. It's early season out there, boys and girls, and one of life's cruel lessons is this: mountains are made out of rock. That's why God invented rock skis.

Now that you've all made it this far, maybe gotten in a few shifts, possibly even a received a paycheque and had enough time to recover from its microscopic size, visited the food bank and phoned home once or twice to hit the folks up for money, it's obviously time to put my Public Service hat on and, like an elder "round the spirit circle," share the Wisdom of Early Season Survival with you. Fraught with more perils than Preseason Survival but sprinkled with way more opportunities, surviving the early season requires deft, grace and patience... undoubtedly things you forgot to pack.

The most important thing to remember is this: regardless of hype and whatever lies your mama's told you all your life, you are not Superboy/girl/whatever and having not come from Krypton, do not have X-ray vision. Snow is opaque. The visual difference between a jagged hunk of shale covered by two centimetres of snow and one blanketed by two metres of snow is, well, nothing. The difference those two realities can visit on the base of your snowboard is the difference between carefree riding the rest of the season and calling home again to plead for the dough to buy a new-to-you snowboard. The difference they can visit on your punkin head is something you don't even want to think about. If you're not hobbling around on crutches by Monday, congratulate yourself and show grace and caring to those who are.

This ties in nicely with the second-most important thing to remember: it's a long season. Longer than you've ever experienced back in the Old Country. You'll still be skiing pow when they're mowing Blue Mountain next spring. Patience, grasshopper. The alpine, offpiste, bushwhackin', out of bounds, backcountry, irresistible lines on the other side of the ridge will still be there in two weeks. By then, they just might have enough coverage to slide over without having to make an anguished reference to your duck or whatever that word is you scream when you take a core shot.

Opening day on Blackcomb marks not only the official start of ski season, it also coincidentally marks American Thanksgiving and the return in numbers of our friends from down south, some of whom will no doubt be arriving with intentions of sticking around for, oh, the next four or eight years. Be kind to them; they're still in shock.

No matter what you call it, I'd like to take this opportunity to give thanks for American Thanksgiving. I call it that, even though I'm a reformed UnAmerican, because living in Canada all these years has made me more culturally sensitive. No, really. You should have known me before I moved to Canada.

One of the other reasons Canadians don't just puff out their chests and call Canadian Thanksgiving simply Thanksgiving is because the Canadian version lacks, how shall I say this, the rich mythology of American Thanksgiving.

Now it doesn't take a geographical genius to understand there isn't much to harvest in Canada on April 15, unless you can make a feast of river ice and fiddleheads. Obviously, in that context, it's easier to understand why Canadians — who ultimately saw the irony of celebrating Thanksgiving in April and changed the date to more accurately coincide with the harvest of real food — were sheepish about horning in on what was clearly an American holiday and calling their version the exact same thing, Thanksgiving. Hence Canadian Thanksgiving.

So whether you're eating turkey or Kraft Dinner later today, give thanks. The mountains are open again, Ullr is finally kicking it into a higher gear and, for at least this moment, all is right with the world.