I’ve never understood why Canadians eat turkey on Thanksgiving. I totally understand why Thanksgiving in the Great White North is celebrated early in October, as opposed to our southern neighbours who celebrate it late in November.
Sep 24, 2020 8:00 AM By: G.D. Maxwell 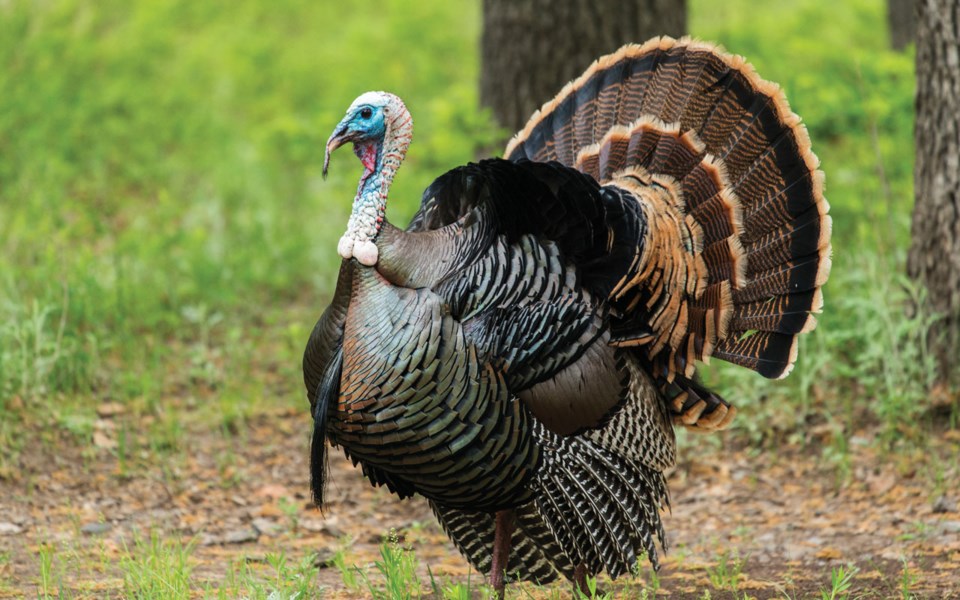 I’ve never understood why Canadians eat turkey on Thanksgiving. I totally understand why Thanksgiving in the Great White North is celebrated early in October, as opposed to our southern neighbours who celebrate it late in November. Assuming Thanksgiving grew from a bountiful feast of the harvest, if Canadians celebrated it as late in the year as the U.S., we’d be preparing it from frozen food.

When I was first thinking of moving to Canada, at the height of Vietnam, I remember discovering there were no turkey growers in Prince George, B.C. The mountainous terrain of B.C. made it attractive and the lack of turkey growers in Prince George—never having been there and thankfully not having moved there—seemed like an opportunity awaiting plucking, so to speak. But then I began to wonder whether Canadians ate turkey ... or even celebrated Thanksgiving for that matter. So I shelved the idea of becoming Prince George’s turkey king.

I only mention it because in just over two weeks, we’ll be celebrating Thanksgiving and many of us will be eating turkey. More to the point—you knew there must be a point by now—in just over four weeks, we’ll have to decide to vote for the turkey who just called an unwanted, unnecessary, unhelpful election or vote for one of the other turkeys running.

Not knowing who will be running in our electoral district, I probably won’t be voting for the Big Turkey’s party’s candidate. That’s because I’m hopelessly out of step with the current win-at-any-cost, no interest like self-interest, deceitful reality of political culture. Worse, I’m beginning to grudgingly understand that attitude has crept into, well, every part of modern life.

The Big Turkey—Premier Whoregan—was elected in the spring of 2017. His was not a big win; his was a marginal win. With fewer seats than the Liberals, the only way the Big Turkey was going to form a government was to cut a deal with the Green Party’s three Members. This he did, ending the Liberals’ Reign of Error.

Green Party leader Andrew Weaver—who now sits as an Independent—didn’t exactly hold the Turkey’s feet to the fire. After all, he couldn’t make a deal with the Liberals without having party members rise up and eviscerate him. The only concession he got from the Big Turkey was an agreement to abide by the firm date called for in provincial legislation for the next election, Oct. 16, 2021.

That deal was underpinned by another quaint, old-timey concept: honour. Although set in legislation, the law was not really a law. Or, it was, but it had an escape clause. The premier could ignore it at will and call an election any old time he/she wanted.

But with the deal for the Greens to backstop the Big Turkey’s minority government, it was now not only legislation, it was the Big Turkey’s word of honour, which apparently also had an escape clause—self-interest and expediency.

The Big Turkey is under the illusion people think he’s doing a bang-up job. His approval rating is very high, higher than other premiers. People commend him for that while not making any reference to what a low bar it really is. He believes it’s because people think he’s a crackerjack premier when, in reality, it probably has more to do with him being smart enough to stay in the background while St. Bonnie and Adrian Dix did the heavy lifting around the province’s response to the pandemic. It has been a textbook example of being congratulated for doing nothing.

Surveying the political landscape around him, noticing almost no one in B.C. recalls the name of the leader of the provincial Liberals, realizing few even knew the Greens had finally selected a new leader and fewer still knew there was still a Conservative Party, the Big Turkey was mesmerized by the possibility of calling an early election, winning a majority and no longer having to care about the Green Party’s support when he wanted to do something like continuing to support the Site C, damn.

Ripping up his agreement, going back on his word, dishonouring his commitment and plunging the province into an election no one wants, the Big Turkey has rolled the dice and B.C. residents now have to put their lives on hold for a month while election signs sprout like autumn mushrooms across lawns and roadsides throughout the province.

Let’s face it. What else would our elected officials be doing for the next month? With COVID-19 cases on a steep rise, schools starting, more and more parents opting to have their children “taught” online, businesses struggling to open or stay open, hospitality workers wondering when they’ll be able to go back to work or those who have wondering when they’ll be laid off again as we regress toward Phase I, it’s not like the premier and provincial legislators really have anything better to do with their time than campaign.

Naturally, the Big Turkey hasn’t been crass enough to say he’s simply taking advantage of what he perceives as strength on his part and weakness on the part of the opposition parties. He posits this unnecessary experiment in self-interest as something that will benefit all of us.

“I cannot imagine 12 more months of bickering, 12 more months of not knowing whether a bill would pass the legislature because of uncertainty,” he gobbled at the news conference announcing his opportunistic election call.

I once raised two turkeys. Not because I wanted to become the King of Turkeys in Prince George but because someone gave me two turkey chicks. Before they came into my life, I always thought cows or chihuahuas were the dumbest domestic animal. Not so. The turkeys were just plain stupid.

And stupid must be what the Big Turkey thinks the voters of B.C. are. For three years, his party has not only enjoyed, but bragged about, how the deal with the Greens has managed to deliver a stable, constructive, accomplished minority government. In an example of Doublespeak worthy of Orwell, he gobbled, “I’m proud of what we’ve been able to accomplish working with the Green Party.” He said it on Monday, Sept. 21, while calling an election and knifing them in the back.

“I’ve struggled mightily with this decision,” he gobbled, shedding turkey tears, which are all but invisible. “We have COVID, it will be with us for the foreseeable future, there will be case numbers that will be alarming.” He continued by saying he wasn’t confident B.C. has the kind of government necessary to respond to the upcoming challenges of the pandemic.

I fear he may be right... after the upcoming election.