High time it was legalized 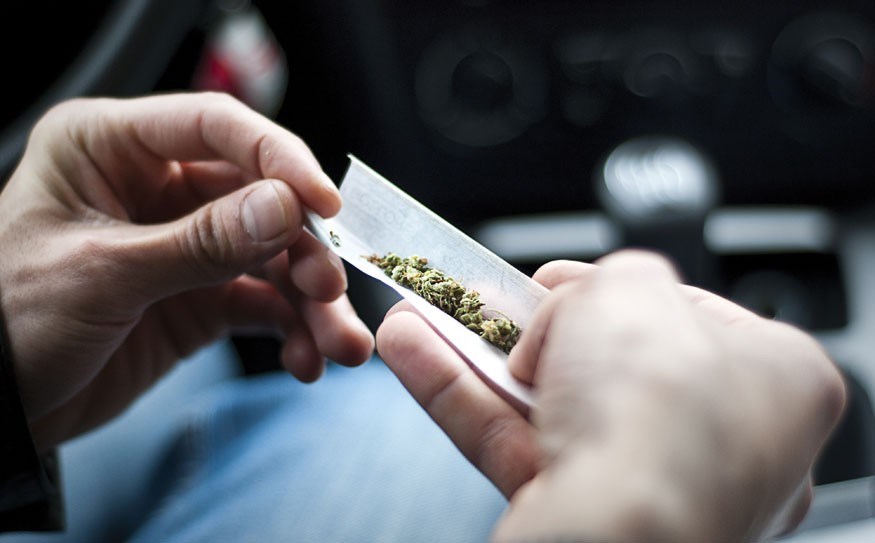 I don't know what they've been smoking in Victoria... but I wish they'd roll some more and pass it around a bit more freely.

Our very own outgoing MLA, Joan McIntyre, has, belatedly, come out in favour of legalizing British Columbia's unofficial herb, marijuana.

Tempting as it may be to make a joke about deathbed conversions, I'll gladly take any support this common sense movement can garner. Funny though, why is it that when Joan was actively holding office her lips were sealed and the only thing she was inhaling was the stale air of Liberal doublespeak?

Joan says she's felt this way for a long time and was moved to speak out after former Solicitor General, Kash Heed, joined forces with Stop the Violence BC to urge legalization last week. Unfortunately, she wasn't as moved, or perhaps suffered short-term memory loss, when Gregor Robertson, Mike Harcourt, Ujjal Dosanjh and Geoff Plant urged the government to legalize pot about a year ago. At that time, Cristy Clark, Premier — insert quacking sound of lame duck here — of B.C. shrugged her shoulders, put on her best Sgt. Schultz face and said it was a federal issue, nothing to see here, folks. At that opportunity, Joan said, " ."

Whatever, I don't expect my sitting politicians to have the stones to take Quixotic positions, regardless of how persuasively correct they may be.

Which was why I was pleasantly surprised when the Union of British Columbia Municipalities passed their resolution earlier this fall urging the decriminalization and regulation of marijuana. Admittedly, the UBCM is the most junior of the three levels of government and their resolutions are often — okay, always — ignored by senior levels, their resolution nonetheless represents a watershed moment in the decades long fight to bring some intelligence to the war on drugs.

And in case you've been sleeping for the past few decades, let me bring you up to speed on that skirmish. Drugs won.

Short and to the point, the UBCM resolution acknowledges the obvious, that pot prohibition is a "failed policy which has cost millions (should read hundreds of millions and probably billions) of dollars in police, court, jail and social costs." It goes on to say decriminalization and regulation would provide tax dollars. I think that's the carrot part.

It then says UBCM should call on the appropriate government to decriminalize pot and research the regulation and taxation thereof.

Okay, you lost me there.

While I might long for an ideal world, one where some amount of common sense occasionally won out, one where tough decisions were not swayed by antiquated, moralistic arguments, where fact-based models carried the day, where self-interest was relegated to the common good, I grudgingly understand the need to compromise.

But really, folks, the appropriate government? At the moment, that would be the Harper government, since, arguably, the criminal regulation of pot is a federal matter. The chances this Conservative government, the one bent on fighting imaginary crime, building more prisons, bringing in tougher sentences on lifestyle choices, ignoring and muzzling their own scientists, protecting religious zealots and labelling environmentalists terrorists would ever consider softening their lock-'em-up-and-throw-away-the-key approach to potheads is far less likely than Earth being overrun by aliens.

Hey, wait just a minute. A takeover by malevolent aliens may be the best explanation of the Harper government.

The other part of the UBCM resolution that leaves me cold is the recommendation to decriminalize marijuana. Decriminalizing means making it less criminal. It usually means allowing people to skate when they're caught with small amounts of pot. Frankly, that's not good enough. Decriminalization is just prohibition-lite. It doesn't address how those people possessing small amounts have come by them, how whatever they're going to regulate and tax has been produced, and how, socially, we might deal with the few negative side effects of a toked-out populace.

The only solution to prohibition is legalization.

Alcohol is legal. Tobacco is legal. Prescription drugs are legal. Each and every one of those substances does more harm and costs the economy more than pot does or ever will if it's legal.

Legalizing pot is the only way we ever have a hope of dealing with it in a rational manner. The current legal grey zone of "medicinal" marijuana is, pardon the pun, a smokescreen. And not a very successful one at that. Supply doesn't meet demand. Quality is often sub par to the bodacious bud sold on the street. And jumping through the medical-legal hoops to prove you need pot as medicine is a farce and charade.

Make it legal. Let the best farmers — many of whom live among us — grow it, the best processors roll it for those too lazy to roll their own, let Mr. Christie make it into cookies, Sara Lee make it into brownies, 7-Eleven sell it over the counter to anyone old enough to buy a Kokanee, and tax the bejesus out of it.

Underwrite actual, scientific studies to determine the blood-THC level that constitutes too stoned to get behind the wheel of a car. If we can do it for alcohol, we can certainly do it for pot.

What's the upside of legalization?

As the UBCM noted, the "marijuana industry" is currently operated by criminal gangs. Now, obviously not all pot production is under control of the gangs. But enough is to make a difference. Most B.C. Bud is apparently exported to the U.S. The gangs trade what should rightfully be ours for guns and cocaine, the latter of which should also be legal but that's a different column and a harder fight.

Prohibition enriches both organized and disorganized crime. Prohibition costs billions in wasted police efforts. Like all lucrative graft and corruption, it also infiltrates police departments and turns good cops bad. It clogs courts with needless cases while real crime benefits from the delays and congestion. It ruins lives by needlessly branding people criminals because they'd rather relax with a puff than with a drink. It brings the law and law enforcement into disrepute.

The best hope of actually seeing this happen in our lifetime may get underway next year when Sensible B.C. launches an effort to get a provincewide initiative vote in 2014 to reform marijuana laws called the Sensible Policing Act.

It would see possession decriminalized for adults and require the province to formally call on the federal government to allow B.C. to begin legally taxing and regulating cannabis much like alcohol and tobacco.