“Don’t know much about history….” – Insipid Rock ’n’ Roll song Of all the many subjects we were collectively subjected to in school, few were taught as stubbornly wrong as history.
Jun 6, 2008 8:22 AM By: G.D. Maxwell 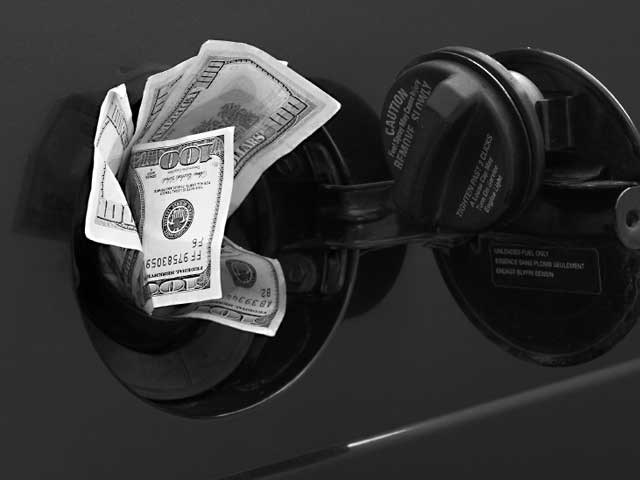 “Don’t know much about history….”

Of all the many subjects we were collectively subjected to in school, few were taught as stubbornly wrong as history. It was as though a group of educators and textbook writers got together to answer the cosmic question, “How can we make this subject as uninteresting as possible?” That they succeeded in their quest is evidenced by the overwhelming percentage of students for whom History was the class voted Best to Sleep Through year after year.

Rarely was the concept of causation touched upon, and only then in the most simplistic, black-and-white terms. The politics of the day were virtually never discussed and the personalities behind those politics were generally of the two-dimensional variety: Hitler bad; Churchill and Roosevelt good; Stalin a necessary evil. Never, was there an organized attempt to bring history alive, to place the students back in time and cast them in the role of participants instead of detached observers.

Maybe that’s why it’s so hard to understand and appreciate the massive implications of the history we’re living through right now. It hasn’t been reduced to eye-glazing names, dates and events. It’s liquid, murky, and because it’s unfolding in real time, hard to think of as historical.

But oh baby, is it ever interesting.

Not to crib from Senator Obama’s book, but it’s enough to give a guy hope. I’ve already given up hope for many of the things I’d once hoped for but now figure I’ll never live long enough to see. Flying cars? Given up on ’em. Robot maids? Not in my lifetime. Dishes you could eat for dessert instead of washing? Empty promises of empty calories. Sane drug policies? Lock ’em up; throw away the key. Compassionate conservatives? Don’t make me laugh.

And in a weird twist of history, what should have been the news story of the week has almost been overpowered by other, dare I say historical, events this week. North Americans — who, individually, have had a vague understanding of it for a while now — are finally beginning to glimpse a nascent political will to tackle some of the larger implications of climate change and peak oil.

Notwithstanding the foreseeable, knee-jerk threat of President Bushed to veto it, a bill that would actually embrace a first-step cap and trade regime to reduce carbon emissions is snaking its way through the U.S. congress. While most Republicans are singing the same-old tired song about not moving too quickly, spending more time studying the issue while New York’s feet get wet and crying about how ruinous it’ll be for the already pretty ruined U.S. economy, enough voices are being heard by enough wannnabe re-elected congressfolk to at least allow George Bush to exercise one more veto and clinch his spot in history as the dumbest man to ever lead a first-world nation.

While the “energy” bill is historic all by itself, it too has to be viewed within its historical context. What common sense failed to kill has been laid low by 4-buck a gallon gasoline. The SUV is officially dead. General Motors is caving to the obvious and closing factories in Oshawa, the U.S. and Mexico that produce the dinosaurs and their kissin’ cousins, Big Pickup Trucks. The days of the Hummer are numbered. And while GM is proving what everyone seemed to know — that their executives and managers have had a bird’s eye view of the final stages of their collective digestive tracts now for quite a few years — Ford announced sales of their best-selling vehicle, the F-series pickups, have fallen by 30 per cent. Even North Americans, star-crossed and smitten by big, gas-guzzling machines, will choose to indulge their addictions to (a) homes and, (b) food, both of which are becoming harder and harder to afford, over their addiction to driving themselves to the poorhouse in idiotic machines.

Let’s face it, if you’re stuck with a 12 mpg albatross that’s worth less every day and for which there is no resale market at any price, you’re best option at this point is to drive it to a liquor store in a “bad” part of town and walk away with it still idling. Someone’ll joyride it until the tank empties and strip it down to its bones.

Of course the more far-reaching implications of the history we’re swimming through right now are harder to really get your mind around. They’re so fantastical in fact that no one can actually believe them. But the fact is, whether you’re talking about three-quarter tonne pickup trucks or plug-in hybrids, we’re witnessing the beginning of the end of car culture itself. Barring the manna-from-heaven arrival of a relatively free, non-polluting energy source, there is no way the world can continue to be organized around a century-old technology for moving people from one place to another. If the developing world — already smitten by how much more comfortable cars are than bicycles — were to embrace the North American model of car culture as we’ve been living it for all of our lives, global oil production would have to increase 11 fold. There just ain’t that much oil left in the ground.

But how we live and where we live are, to a large extent, based on having unlimited availability to personal transportation. Therein lies a bitter reality that’ll make swapping the old SUV for a Prius seem easy. Suburbia is just a ghetto in waiting. That castle you bought, the one that’s an hour away from where you work and a shorter drive to the nearest milk store, is on its way to becoming worthless.

Of course, the upside to this grim history in the making is that once suburbia becomes truly unsustainable as housing, it’ll revert to having value as farmland. Which may make it easier for all of us to become locavores.

Who said there’s no upside to Armageddon?