How to get more people onto transit

What can be more soul-sapping —life-threatening conditions or income tax deadline time aside—than regularly sitting in gridlocked traffic? Vehicles crawling at a pace just slightly faster than a walk, taillights stretching for as far as y
Mar 1, 2020 1:37 AM By: G.D. Maxwell 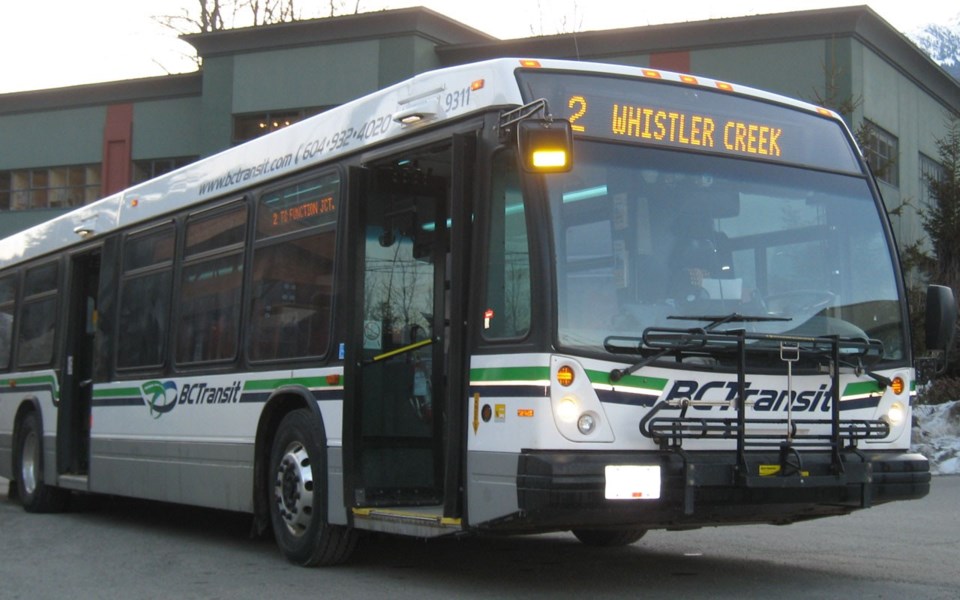 What can be more soul-sapping—life-threatening conditions or income tax deadline time aside—than regularly sitting in gridlocked traffic? Vehicles crawling at a pace just slightly faster than a walk, taillights stretching for as far as you can see ahead of you, no route alternatives, no way out. You sit, fiddle with your music, podcasts, radio whatever to take your mind off your lack of progress. You note with pleasure you remembered to buy gas but wish you'd have used the toilet when you stopped. Your growing discomfort is only mildly placated by the soothing warmth of your heated seat.

But back to the question. What can be more soul sapping than that? Sitting in that same gridlock on a bus. In an uncomfortable seat. If you're lucky. More likely standing. Next to someone wolfing down a grossly aromatic breakfast burrito. Sipping Red Bull. Tinny, unrecognizable music leaking out from cheap earbuds. Wearing ski gear that hasn't had a wash for several seasons.

The challenge, one of many facing Whistler, is getting more people to choose the transit option. And one of the biggest factors in getting people to choose transit is exactly the scenario outlined above. With no dedicated transit lanes, people who own cars are faced with that choice if they need or want to travel during what are increasingly becoming local rush hours, a misnomer if ever there was one.

On any given day, but especially on weekends and holidays, early morning traffic heading north into Whistler can be backed up to the bottom of powerline hill. Any day it's likely to be backed up to Function Junction. The reasons are easy to enumerate: Two lanes merge into one just south of the Function intersection and remain single into Whistler; more traffic enters from Cheakamus Crossing, Spring Creek, Alta Lake road, Bayshore, Creekside, Nordic, Hillcrest, Blueberry and Brio; pedestrians and drivers trigger the pedestrian crossing light at Alta Lake Road; stop lights at Function, Bayshore, Creekside and Blueberry.

It's better coming south but morning traffic, especially powder morning traffic, crawls as Pemberton commuters meet Emerald then Rainbow, then Alpine, then Nick North and hit lights at most of those neighbourhoods and Mons and White Gold and Lorimer. And things get worse if there's a snow plough leading the conga line.

It's, well, soul-sapping. But most vehicle owners, absent an incentive or disincentive, will choose to tough it out in the personal and comfortable confines of their cars rather than walk to and wait for transit. Chalk it up to human nature.

Incentive and disincentive. Carrot and stick. The incentive of better health and a reduced risk of cancer wasn't enough to make drastic reductions in the numbers of people who smoked cigarettes. But coupled with the disincentive of prohibitive taxes and public prohibitions, smoking went from being de rigueur to a vilified activity in the course of a generation.

Without a major incentive to make people choose transit, Whistler is probably near the plateau of per capita ridership. The biggest incentive, the one that will get more people out of cars and on to busses, will be transit-only lanes. Given the bizarre limitations of Highway 99—two lanes into one lane into two lanes back into one lane from the Village to just south of Creekside—the only way to accomplish that is counterflow lanes during peak periods. And if you were around in 2010, yes, that's what we had during the Olympics™.

Watching busses zip by in their own lane while you're sitting in gridlock is about as good an incentive as you can get.

Alas, that's where the 2020 Priority Actions coming from the Transportation Advisory Group (TAG) presented last week fall short. Not enough incentive. Not enough disincentive. Instead, an incremental approach that will result in some, but limited, changes in behaviour.

The actions enumerated, however, focus on the highway's capacity from Function Junction to Lorimer Road. Whistler's problem with traffic begins much further south and, to a lesser degree, north.

There is nothing we can do about traffic that's passing through Whistler and little we can do about commercial traffic coming to Whistler, although I remember talk about a transhipment terminal for the Olympics™ where large trucks would offload cargo onto smaller trucks which would be allowed in the village, thus removing the macabre dance of 18-wheelers making deliveries on narrow streets.

And the only way we can address some commuter traffic from Squamish and Pemberton is by making inroads into regional transit. That effort has failed to find much traction at the necessary levels of government and remains problematic.

But there are things we can do to lessen the flow of day-skier traffic. Satellite parking at the Callaghan, as existed in Olympic™ time for one. Of course, that would only work if there were a transit lane running into town and a hefty disincentive to drive further.

On the disincentive side, well, there isn't much there. Raising daily rates in Lots 1-3 from $10/day to $12 isn't a disincentive at all. I can't remember the last time I had to park in downtown Vancouver and got away for less than $25. And once again, there is no recognition that Lot 1 is more attractive than Lot 2, which is more attractive than Lot 3. Same price across all three lots.

You can read about the initiatives and have your say by doing a survey at www.whistler.ca/movingwhistler.

This is my say. Charge $25/day (or more) in Lot 1, $22 in Lot 2, $20 in Lot 3. Limit the monthly passes for those lots to residents and employees, as is done in Lots 4-5. Raise the rate in Lots 4 and 5 to $10/day, not $6. Keep the monthly passes and keep free parking during the shoulder season weeks. I know it's contrary to the ideology but why get the natives up in arms about free parking again when you can more than make up the shortfall through increased rates?

Charge $50 for anyone parking overnight at the Library. This very limited lot is being used as de facto parking for guests in nearby hotels. The $20/day proposal is a joke.

Those changes are doable. With the need to get the Ministry of Transportation and Infrastructure onside for any changes to Highway 99, everything else is a longer-term effort. I'm not sure they'll ever warm up to the idea of roundabouts and they'd need to get on board for any counterflow lanes to make satellite parking work.