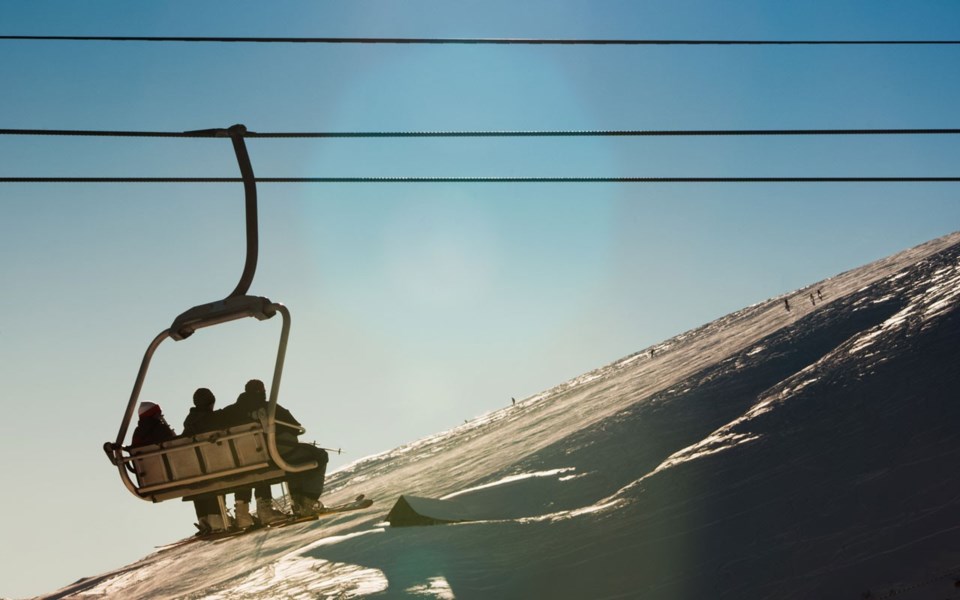 The article began by stating the obvious: Men tend to be grumpier than women. If you grew up on this planet and ever knew a man and a woman that statement can hardly be considered groundbreaking. The main reason women live longer is to reward them for putting up with men.

Until I read the study, I'd found solace in thinking grumpiness was an acquired, not gender-based trait, kind of like intolerance. This theory comforted me because I come from a long line of what can generously be described as grumpy men. My grandfather was the King of Grumps. I used to call him Grump. He thought I had a speech impediment.

He more or less retired in his 40s to dedicate the remaining 50 or so years of his life to perfecting grumpiness, a task he accomplished with resounding success. Grump didn't like anything. Or anybody. Especially me, after I filled his pipe with soapy water and blew bubbles from it. I don't think he even liked sex. My father was an only child. I never met anybody else from his generation who was. "Tried it once; didn't like it," was one of my grandfather's favourite sayings. Go figure.

When Grump watched sports on TV, he didn't care who won. He didn't even want anyone to win. He cheered against whomever was ahead. It didn't matter to him. If two prizefighters could have simultaneously knocked each other out he would have been elated.

After a biology lesson about Gregor Mendel and his peas, I was convinced my father inherited his grumpiness. I began to think dark thoughts about my future. Later I studied psychology. I decided grumpiness was learned behaviour. I reasoned his way of bonding with his father was through mutual grumpiness, shared loathing being probably the only way they could reach each other. My hopes rose.

So I set not being overly grumpy as a goal in my life. Or at least not to raise it to an art form. Rereading that decade-old study, I'm afraid my efforts have been wasted. The neuropsychologists involved found a physical cause for men becoming grumpy. Our brains shrink. Our egos don't. And I thought that only described erectile dysfunction.

It seems men lose brain tissue at almost three times the rate of women. Worse, it starts early. The researchers found that even in the age range of 18 to 45—a range that's barely a speck in the rearview mirror of my life—men lose 15 per cent of frontal lobe volume and 8.5 per cent of temporal lobe volume. This is approximately equivalent to a double lobotomy, a procedure that often leaves people with a new hobby—drooling down the fronts of their shirts while staring blankly into space. Having already experienced a similar state during the '60s, I have no compelling desire to travel that road again without the stimulus of recreational pharmaceuticals.

Losing that much frontal lobe has other side effects. For one thing, it shifts your centre of gravity further back. We all know what that means for our skiing. Scarier yet, it affects our ability to concentrate and perform what the good doctor refers to as attention-oriented tasks.

Oh yeah. That scares the pants off me. I already have trouble with attention-oriented tasks. It took me four days to read the journal article reporting this research! I lost interest the first try, fell asleep the second. The last couple of years, I've found it harder and harder to pay attention to news. I used to blame my short attention span to three things: All the news seems to repeat itself; and, I'm just not interested.

I don't want to be accused of being a fearmonger, so if you don't want to believe this stuff, here's a few loopholes you might want to find comfort in. The study only included 24 women and 37 men. Statisticians would consider this a woefully under-represented sample universe. And, while it involved mostly looking at a lot of MRI images, it also hinged on something called neuropsychological testing. These tests use paper and pencil, and computerized tasks. The tasks measure memory, concentration, intelligence, problem solving, and personality.

It's that personality part that worries me. The study concludes that all this brain loss leads to grumpiness, a personality trait. While this doesn't seem like too much of a stretch, it also concludes MEN LOSE THEIR SENSE OF HUMOUR AS THEY GROW OLD.

I can accept the brain shrinking part. It's not like we use so much of what we have that we can't afford to lose a fair bit. But losing my sense of humour. Better to put me out of my misery now.

The study offers some hope that by varying the tasks we usually do, we can stave off brain death. Routines apparently kill. When we get too entrenched in a pattern, we use the same part of our brain over and over and it shrinks. I like to envision an eraser being rubbed out. So we need to break out of our boxes and do things we normally don't.

As with most medical conditions, testing will lead to early detection and, with luck, will allow you to change your life in ways that will slow down the brain degradation process. So, as a public service, I offer the following grumpy old man joke. If you don't find it funny, it may already be too late.

Three old men were riding the chair to the top of the mountain. "If only I could pee without pain," the first laments.

"If only I could have a normal bowel movement," the second sighs.

"I pee every morning at six, and have a perfect bowel movement at seven," says the third. "If only I could wake up before eight."

And no, I won't tell you which one I was.