As much as I'd like to opine this week on the Canadian Association of Journalists' Code of Silence award to the RMOW, I'm taking a pass.
May 8, 2013 9:00 PM By: G.D. Maxwell 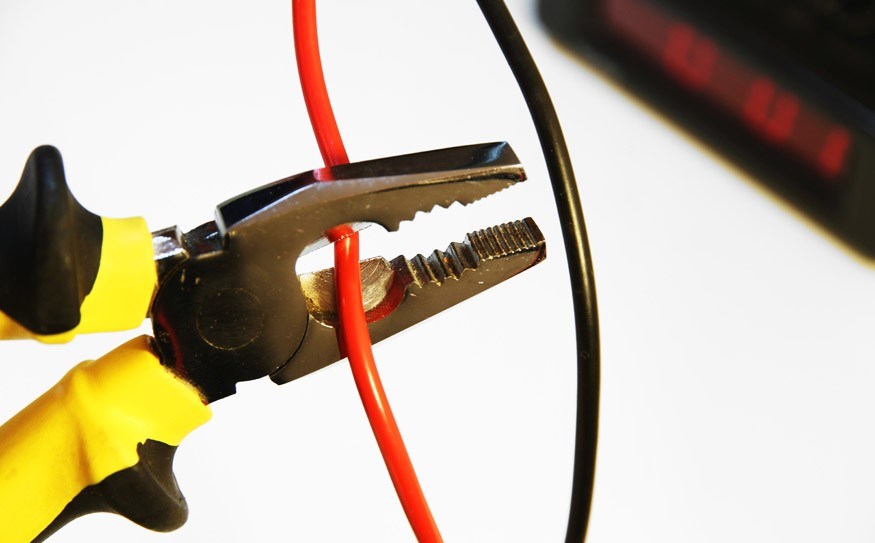 As much as I'd like to opine this week on the Canadian Association of Journalists' Code of Silence award to the RMOW, I'm taking a pass. Not being a bona fide journalist, I don't know what the CAJ is, exactly, but I don't think it brought its 'A' game with it over the weekend. This is not to let the RMOW and their "communication" policy — perhaps more accurately symbolized by the Cone of Silence — off the hook. It's a ham-fisted policy that isn't doing this town or this council any favours. It is the proverbial meat axe attempting to do a scalpel's job.

Be that as it may, there's a provincial election and the advanced polls opened yesterday. I voted for the best candidate, the only one I know will keep election promises. The one who listened to my concerns, told the truth, seemed knowledgeable about the issues and genuinely cared. I voted for the candidate who had the best answers, who I feel will defend my rights and push for the kind of open, honest and transparent government I believe we all deserve.

The candidate I voted for doesn't just care about the environment, my candidate will protect the environment and stand up to businesses that want to make a fast buck and palm off the unfortunate externalities on successive generations. I voted for someone who will work hard to help B.C. develop alternative energy sources and not squander money on things like hydrogen busses.

I voted for the candidate I believe will help the poor help themselves, who will find jobs for the unemployed who are willing to work and bring the dependent along the road to independence.

I voted for Nobody because Nobody is the best candidate in this election.

I'll probably vote for Nobody again today and again tomorrow and Saturday.

Unfortunately, when the unadvanced polls open Tuesday, I'll feel obliged to vote for somebody and, quite frankly, it's a choice I'm not looking forward to making.

I sought enlightenment Monday evening at the source of all enlightenment, the library. I walked away more confused than ever.

It wasn't only the confusion about why exactly Jon Johnson was bothering to clog up the ballot with a half-hearted run as an independent, although I did find that confusing. Apparently Mr. Johnson is concerned about the "lack of choice." People he meets tell him no one running really represents them. He wants to be the guy who listens to the voters, whatever that means.

I'll readily admit to being a choice-challenged guy. Drag me into a store and present me with two, maybe three choices and chances are I'll make a purchase. Give me six or more of the same thing with slight variations — colours of shirts, say — and I'll leave empty-handed and confused. Now, I agree with Mr. Johnson; there is a lack of choice in this election. But the lack is one of good choices and that lack isn't made any better by presenting us with another bad choice.

Ian McLeod, candidate for the Conservative party was kind enough not to show up. I'll be kind enough not to vote for him. Anyone who considers the provincial Liberals left-wing can only graciously be described as a wing-nut. Stop wasting our time.

I liked Richard Warrington, Green party candidate. He seems completely unqualified to hold political office. I don't consider that a bad thing. Many people who do seem qualified become completely insufferable once they're elected. The truth is, I'd be hard pressed to actually define what makes someone qualified to hold provincial office. Unlike pornography, I'm afraid I don't know it when I see it... or maybe it's been so long since I've seen it that... whatever.

I find myself more closely aligned with the Green party than any other. I believe Richard is a thoughtful guy. I will consider voting for him if I'm able to overcome my inherent pragmatism between now and Tuesday. Voting Green is not pragmatic. It's a small step up from spoiling my ballot but at least it's a symbolic step up.

Jordan Sturdy's hard not to like. He seems like a regular guy. He seems very pragmatic and he seems like the only person running in this riding who has any insight into how politics really work, which is to say, in B.C., badly.

And therein lies the rub. Right or wrong, voting for Jordan isn't really about voting for Jordan. It's about voting for the Liberal party and, barring a pleasant surprise, voting for Christy Clark, who is the personification of an unpleasant surprise. If I thought there was a good chance Ms. Clark would lose her riding and the Liberals would have to conjure up a new leader, I'd be more inclined to vote Liberal. They haven't done a horrible job of running the province; uninspiring and, perhaps, unenlightened might be better words. I might vote Liberal.

I arrived at the library prepared to vote for the NDP, recognizing, again, I'd be voting for the party, not the candidate. I left, well, less prepared and more confused than ever. Ms. Santos is bubbling over with enthusiasm and energy... and naiveté and a seemingly deep lack of understanding of how party politics really work. As one has come to expect with the NDP, many of her intentions, while good, are grounded more in ideology than fact and if implemented, would run aground on the rocky shoals of reality.

This is not to suggest I can't support Ms. Santos. The NDP, and the Liberals for that matter, have a long history of forming governments that lack depth. I'm just not overly enthusiastic and, no, I wouldn't like a lawn sign, thank you. But I might vote NDP.

Until Tuesday though I'll keep voting for Nobody and hope enlightenment or inspiration or, more likely, desperation helps me make up my mind by then. I suspect it won't be that different than what I usually do at restaurants — wait until the waiter puts me on the spot and quickly make a decision I begin to regret the moment I make it. The main difference is at restaurants it's usually because there are so many good choices from which to select. Tuesday? It's like choosing between parsnips and turnips. Both will keep you alive; neither will make you happy it's dinner time. But until Tuesday, Nobody knows the trouble I've seen and Nobody loves you when you're down and out.