Is building our way out really the answer?

Having outlined some options available to change the trajectory of market housing last week — and thereby incurring the wrath of every homeowner in Whistler — time I moved move onto a few more thoughts on employee-restricted housing and r
Sep 27, 2017 6:00 PM By: G.D. Maxwell 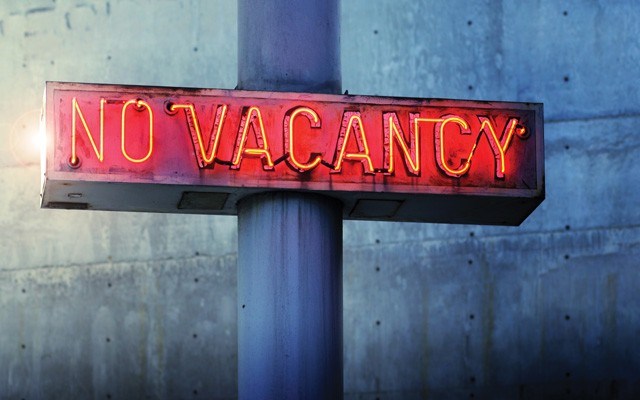 Having outlined some options available to change the trajectory of market housing last week — and thereby incurring the wrath of every homeowner in Whistler — time I moved move onto a few more thoughts on employee-restricted housing and related matters, all hot button issues in the upcoming byelection.

You do know there's a byelection on Oct. 28, don't you? No? No problem; snuggle back into your cocoon. But if you are aware of the upcoming race, you are probably aware it's garnered some interest from a few people who want to fill that seat. And if you've read what they have to say, you just might have a slightly skewed vision of exactly what a municipal councillor does.

Whistler councillors do not leap tall buildings in a single bound. They do not change the rotation of the Earth, turn night into day or water into wine. You might be forgiven for thinking they do, given what some of them say.

Whoever is elected on Oct. 28 will be a single voice in a seven-voice choir. And she or he will have to learn to harmonize with the other voices if success is part of her/his agenda, as opposed to being a shrill, isolated, pain in the arse. Council is not a quick, steep learning curve. She or he will not be able to make significant changes to the budget or redistribute spending already approved or stop plans in the works or miraculously make housing pop out of the ground or wave a magic wand and make an asphalt plant disappear. At best, she or he, assuming strong interpersonal skills and sound ideas, might be able to influence the views of other councillors and have some impact down the road... far down the road and far less than imagined.

So if you're expecting Whistler's housing situation to resolve itself any time soon, don't hold your breath.

And while you're still breathing, ask yourself these questions: How much of the town's workforce should we house in Whistler Housing Authority (WHA) housing? Which employees? Should employers be part of the solution? Where should we build the housing? What about seniors? What about low-income housing? Emergency housing?

As those hundreds of people on WHA waitlists can attest to, there's isn't a lot of turnover in owner-occupied housing and only a bit more in rental. That's not a bad thing. We want to house worker bees who are in it for the long run.

And that raises an interesting question. Should WHA be attempting to house seasonal, transient, worker bees? For the sake of argument, I'll say no. Here's why.

All of the rental units managed by WHA are currently limited to Canadian citizens or landed immigrants who are employees (20 hours/week or more) or retirees of businesses in Whistler. That precludes those who have just arrived and those here on a work visa. But those are just guidelines and they can be changed if change is desirable.

It takes, according to WHA's estimate, one or two years to work your way up on the rental waitlist. If you've stuck around that long, it's a pretty good sign you have staying power and are interested in making Tiny Town your home. It also gives WHA a chance to evaluate what kind of tenant you are, since you have to provide references from your current landlord and employer.

WHA rental units constitute a valuable community asset, one that can be leveraged to finance more necessary housing. They provide reasonable, well-kept, affordable, secure housing for employees. For many, the first rental housing they've experienced where they aren't at the whim of a landlord who might make their housing disappear through sale or renoviction. Every WHA renter I've ever interviewed said they breathed a big sigh of relief when they finally got in.

People living in them have a stake in the community. The same cannot be said for people who are here, in the words of the band Trooper, "for a good time, not a long time." If Whistler gets into the business of providing housing for seasonal employees, what do we do with that housing the rest of the year? How do we protect that asset against the kind of mindless vandalism we've all heard about or experienced at the hands of here-today, partying-tonight, gone-tomorrow boys and girls?

And if the propositions put forth in last week's column come to fruition, where does it end? Will the town be responsible for housing all employees while market houses sit dark and empty for the most part? How sustainable is that model?

Told you it wasn't as easy as just saying "build, baby, build."

Oh, and if you're not aware, the model Whistler has historically followed for employee-restricted housing hasn't relied on direct taxpayer subsidies. There are no tax dollars, general revenue or capital funds going into employee housing. It pays its own way! There is no trade-off between, say, an over-priced soccer field and housing or the over-priced Gateway Loop and housing. They rise from different sources and one doesn't negate the other.

And if you think I've pissed off homeowners and taxpayers with last week's missive, try changing that model and getting them to pony up the dough for employee housing.

Which leaves... businesses. Probably the only model that would work and be palatable — and that would be stretching the definition of palatable — would be one where businesses had an equity stake in any building and were on the hook for year-round leases and damage caused by the tenants, their employees. And that would have to overcome all the negative issues of having housing linked to specific jobs. We've seen that model before and sooner or later, someone takes advantage of it to keep people tethered to jobs in near-servitude.

And if all that isn't enough to make you think twice about going on a building spree, bear in mind more building — especially in Cheakamus where the land is — means more cars, more traffic, more parking woes, more crowding. Whether it's employees or businesses, a model based on growing our way out of the current problems is still a model for growth.

The takeaway from all this is that the housing situation isn't likely to get a lot better very soon. It's a complex interplay of hope and reality and barring a drastic — and quite probably highly unpopular — change in the way employee housing is funded and created, it's unlikely to change dramatically in the immediate future.

After a hiatus next week to celebrate Thanksgiving, I'll have a look at some of those other hot-button issues. In the meantime, I'm trying to figure out what I'm doing in Newfoundland.