Is this really the best we can do?

I keep thinking to myself, which would I rather have: Guys tearing the roof off my house while I try to write; or having to make a choice between the "leaders" of the various political parties jockeying to run the province? Unfortunately, there are g
May 1, 2013 9:00 PM By: G.D. Maxwell 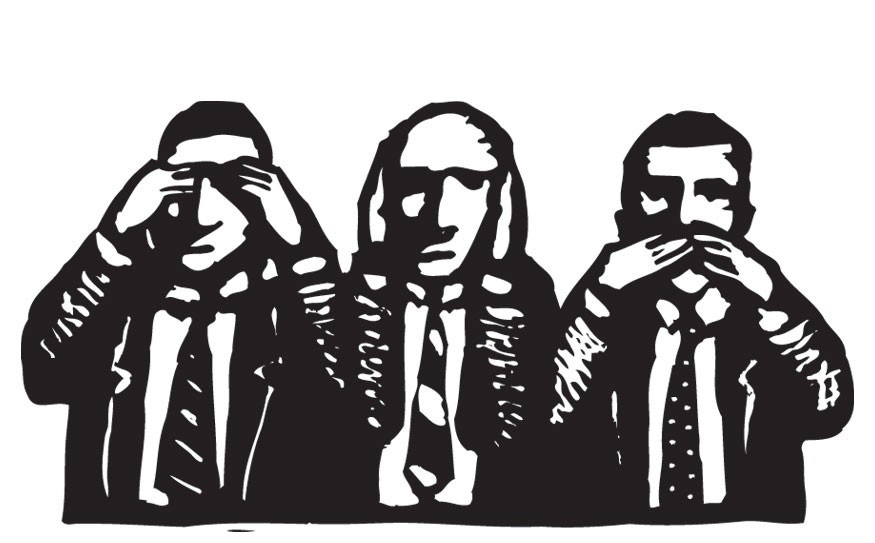 I keep thinking to myself, which would I rather have: Guys tearing the roof off my house while I try to write; or having to make a choice between the "leaders" of the various political parties jockeying to run the province?

Unfortunately, there are guys tearing the roof off my house while I'm writing this. It's like being inside a kettle drum while people with no sense of rhythm randomly whack on it... in stereo, one being at one end of the house and the other being right over my heaaaaaaaad. The added special effect of the whole house shaking under their blows leaves me with that familiar, disoriented feeling of being on solid ground after an extended period of time at sea. Ain't 'pose to be shakin', but it is.

The far more damaging reality is the miserable choice presented in our provincial election. Forcing myself to watch the "leaders" debate Monday evening, I was left with the unsettling feeling there is no hope for the immediate future. I tried to listen intently to what they had to say, fighting an almost irresistible urge to plunge knitting needles through my ears. Fortunately, there aren't any knitting needles at Smilin' Dog Manor and the large framing nails are too far away to be useful.

Perhaps I missed something — and you, ever-vigilant readers, can fill in the blanks — but did any of them say anything even remotely helpful? Let me pose an easier question. Did any of them actually answer any questions put to them? I was left with the distinct feeling their "answers" were from the Magic 8 Ball school of spin. They left me feeling insulted, as though perhaps the "leaders" assumed no one would notice they were doing anything other than reacting with meaningless talking points drilled into their empty heads.

Is this really the best we can do? If it is, I don't see a lot of hope for the future.

The only reason to wish John well is if you are a staunch NDP supporter and see his constructive contribution to this election as stealing votes away from the Liberal (in name only) Party. Otherwise, John's likely support will only come from those development-at-any-cost neo-feudalists who believe there should only be two classes of people — the wealthy and the indentured.

John has never seen a business deal he couldn't support. Northern Gateway? Bring it on. Kinder Morgan? Bring it on. Given a chance, I'm sure John would be willing to sell hunting tags to well-heeled "sportsmen" who'd pay anything to bag a spirit bear. If it's your unspoken dream to have serfs working for you, John's your guy.

There's a part of me who thinks it would be really cool to elect Jane Sterk premier. It would be like telling the rest of the country and world, "We're British Columbians and we're crazy as hell." To suggest Ms. Sterk and her party aren't ready for prime time is to sing their praises. While I would love to live in her utopia, it is a fantasy island this province will never be able to afford.

As with the Conservative party, a vote for Ms. Sterk's Green party is, most likely, a gift to the Liberals at the expense of the NDP. Having said that, I know of at least one person who would never vote for the NDP who is contemplating a Green vote only because he loathes Ms. Christy Clark and can't, as a result, bring himself to vote for the local Liberal.

So unless you're really strategic, really naïve or really ideological, it is a two-horse race. The truly cynical, among whom I reluctantly count myself, might retort it is a horse's ass race, but eventually you have to dance with the horse's ass who brung ya.

It's all very Wizard of Oz-ish. One has a heart but no brain. The other has, well, neither; but knows how to pull all the levers even if she lacks the smarts to stay behind the curtain.

Christy Clark is the devil we know. If we re-elect her, we know we're going to get more of what we've gotten the past two years. I don't know quite how to characterize what that is but whatever you want to call it, we'll get more of it. It won't be quite the same, given the number of high-profile rats who deserted the sinking ship HMS Liberal, but it'll be similar... with a bit more comic relief, I suspect.

A Liberal government with a fresh mandate will have the business community breathing a sigh of relief. They too can continue doing what they do, if not everything they want. The oft-touted Families can look forward to more of what they have, which is to say more of them slipping into poverty while Ms. Clark talks about doing whatever it is she's doing for "the kids." The provincial budget will continue to live in Fairyland where everything is balanced, even if it's not and bond rating agencies are our biggest supporters, even if they're not.

And on the environmental front...? Ms. Clark's stand on Northern Gateway — and I suspect on every other project that has potential unpleasant environmental consequences — is very reminiscent of the old joke that ends in, "We've already established what you are, Madam. Now, we're just haggling over the price."

So what can Mr. Dix promise us? If history is any indication, labour unrest and fiscal mismanagement are very real possibilities.

Frankly, I think labour unrest is long overdue. You don't have to be a Marxist to wonder why labour hasn't risen up and dragged a number of CEOs to the guillotine. While many in the private sector have seen wage freezes and rollbacks, jobs outsourced, unpaid overtime as an expected norm and a shrinking standard of living, they've also seen overall CEO — compliments of compliant boards — compensation go up by 40-50-60 per cent year-over-year and more. There is no excuse in a just society, even a just capitalist society, for this inequality.

Fiscal mismanagement seems to be the hallmark of virtually every government. I'm not sure the NDP's version will be markedly different from the Liberal's, although the victims may change identities for a brief spell.

And frankly, I wish Mr. Dix would issue a moratorium against fracking until such time as it can be proven safe. While I believe the homo sapiens experiment will end in environmental disaster and ultimate collapse, I'd like to put it off until after I'm gone. Just call me greedy.