It takes two to tango

It all seemed like such a good idea at the time. Indeed, it's been a bonanza for our municipal leaders. They've been graced with awards, feted at high-level gatherings, asked to speak to important people and even consulted about how they did it.
Feb 18, 2011 4:16 AM By: G.D. Maxwell 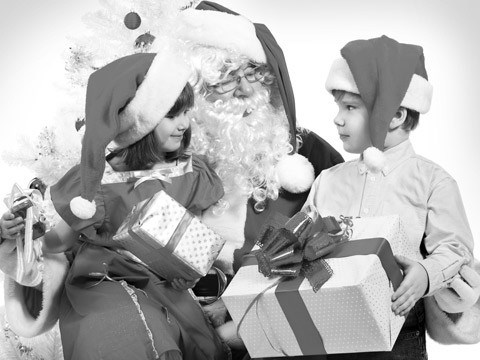 It all seemed like such a good idea at the time. Indeed, it's been a bonanza for our municipal leaders. They've been graced with awards, feted at high-level gatherings, asked to speak to important people and even consulted about how they did it.

It, of course, is Whistler 2020, our blueprint for the future.

Born out of genuine concern about the dire consequences of growth without plan and visions of the dystopia Whistler would become absent a clear vision for the future - think Mississauga with mountains - it was a grand, big-tent exercise... at least in the early days.

We all gathered to envision what we did want: a compact, liveable, eco-green, mountain resort, and what we didn't want. Everything else. We talked about housing and transportation, health care and aging in place, protecting our wetlands and forests and bear buddies, building better buildings and houses, most all the other things that go into the municipal stew. Informing all the things we wanted was the ever-elusive goal of sustainability as preached at the altar of the Natural Step.

Now that I think about it though, one thing we never seemed to explore was what kind of government we wanted. It seemed to be an operative assumption we'd simply have the government we had... only more of it.

Looking back, I'm touched by our naiveté, our brass and, surprisingly, how much it all bears a striking resemblance to department store Santa Clauses.

The marriage of seasonal Santas and department stores was a stunning stroke of public relations and marketing. Initially a simple publicity stunt - having Santa pose on the chimney of a mid-19th century Philadelphia department store to thrill passers-by - it took almost 60 years for store owners to become sufficiently savvy and cynical to truly understand the depth of the bond.

The formula was genius. No parent could resist the unrelenting pleas to take their bursting-with-holiday-anticipation children downtown to see Santa. Once transported to the highly-decorated suburb of the North Pole, not by accident sited in or near the toy department, wide-eyed kiddies would nearly wet themselves waiting for their turn to sit on the jolly old man's lap. The questions were rote: have you been a good boy or girl? What would you like Santa to bring you for Christmas? Ho, Ho, Ho.

Both sides of the sword cut. Parents "discovered" their progeny's innermost desires, often adding to the list previously and repeatedly drilled into their heads. This wish was institutionalized by making the pitch directly to Santa himself and Santa, of course, promising to deliver. And, they were in the toy section. QED. How could ma and pa disappoint? It didn't matter that they knew they'd been trapped; they came back year after year, eagerly anticipating the day their children would come home from school, teary-eyed but newly awakened to the cruelty of the world because some older kid had explained Santa didn't really exist.

I'm stuck with the feeling we were Santa'd in our quest to do good. In the early envisioning process, we were never asked to explore, for example, what our "Dream Whistler" might cost. What it might take in the way of governmental resources. How we would pay for it. Whether we could afford it.

We were promised - by the consultants we'd hired, natch - a very cool SimCity computer model showing us what kind of ring of hell we might create by not taking the virtuous path and what shining city on the hill we would create by pressing the right levers. When it was delivered.... What? We never got it? Another unfulfilled consultant's wet dream? Okay.

Envisioning begat workshops and once again we were sitting on Santa's knee, wishing for things to be the way we'd like them. Whether it was visitor experience, healthy communities, seamless transportation, zero waste, we were bouncin' and merry and pullin' the old guy's beard, telling him our innermost desires.

And as with the department store Santa, no one asked - no one thought - whether we could afford to achieve our dreams. We were not only not encouraged to speak of such things, our municipal facilitators quickly quashed any discussion of what it all might cost and how we might pay for it. That wasn't what we were there for.

But out of it all emerged our applauded Whistler 2020. And now that we're enmeshed in the process of updating the long-overdue Official Community Plan, that exercise is informed - some would say hamstrung - by the goals and strategies enshrined in Whistler 2020.

And yet, we've never been asked, never been encouraged to discuss the threshold question: what is the role of municipal government?

We're going to discover the answer to that question, or maybe we won't, when the RMOW organizational review is complete. Now that the consultants are deep into it, they are presumably rearranging the deck chairs to accommodate a government whose role(s) have already been determined and constitute their terms of engagement. To come up with a revamped organization without knowing that they would have to be the proverbial traveler with no map and no fixed destination.

So what will our new government look like? Will it look like the kind of government I'd like to see? One that pays more than lip service to the democratic foundations of openness and transparency? One that feels confident to draw on the expertise of its employees and residents rather than leave all decisions more difficult than clearing snow to consultants? One that understands the inherent conflict of interest in having senior staff involved in striking binding non-contracts with employees when those staff will enjoy the benefits of the agreements they help craft? One that's willing to undertake bold initiatives - say, pay parking - and nimbly rework them when it becomes apparent to everyone who can walk and chew gum at the same time they're not working? One who understands the larger economic picture our tourist economy operates in and doesn't leave it to staff's wish list to overspend on capital projects, only to finally and gratefully announce they'll justifiably delay/scrap some of them rather than spend to new heights of taxation?

2011 is a year of potential new beginnings. We're going to elect a new council. Unlike some, I don't believe we're going to throw out everyone who currently holds that job title. It's not unlikely we'll have a new mayor; I don't know how much more vitriol Ken can absorb. We'll have a new administrator and a new OCP. I can only hope the new players finally deliver on the oft-abandoned promise of open, transparent government.

The other thing I can only hope for is a more enlightened, engaged population. If our government has a duty to govern and lead in our best interests, we have a concomitant duty to be engaged and understand the issues, not sit back and bitch about everything after the fact.

A dance is more beautiful when both partners play their part.