Let's make BC Day our own!

This weekend, Canadians from coast to coast to coast—with the notable exception of Quebec—will celebrate ... well, let's just leave it at that. They'll celebrate. Canadians aren't really very good at celebrating. It makes us uneasy.
Aug 1, 2019 1:00 AM By: G.D. Maxwell 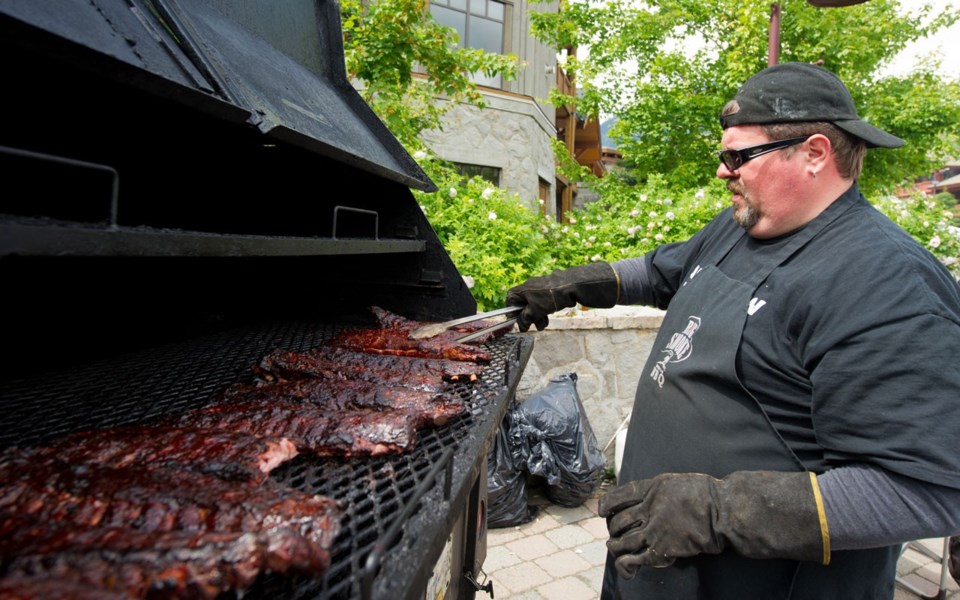 Canadians aren't really very good at celebrating. It makes us uneasy. It's too much like boasting. Canadians consider boasting an American shortcoming and therefore go out of their way to avoid boasting, unless they're boasting about something that distinguishes them from Americans, in which case they'll beat whatever it is to death boasting about it.

But celebrating makes Real Canadians a little uneasy. After all, somewhere, someone is suffering in this unjust world and as long as that poor, unfortunate, overlooked, oppressed person can't get into the swing of things, who are we, after all, to be celebrating? Shame on us.

A good example of this was brought into fine focus some time last winter. Feeling particularly listless on a Monday evening, I was channel surfing and found myself wondering once again how, with so many choices, I couldn't find anything remotely engaging. I'd winnowed the dismal choices down to two. CBC, our "beloathed" public broadcaster, was showing a suitably sombre exposé about starving, oppressed, Third World people. Austere in the extreme but totally in keeping with the overall Leave No Depressingly Oppressed Issue Behind, guilt-tripping, victim porn mentality at the public broadcaster. Meanwhile, over on the U.S. public broadcaster, PBS, there was a show called Sandwiches that Taste Great. It was a sybaritic travelogue dedicated to ferreting out the most tasty sandwiches in the USofA.

I tussled with my conscience for maybe 30 seconds and went with the sandwiches. I've been in Canada long enough that my choice made me feel a little guilty. But I still retain enough increasingly latent U.S. sensibility that it made me feel hungry. Talk about your two solitudes.

Cultural hangups aside, this is the August Long Weekend and it's time to dance and celebrate. Discretely though, we're Canadian.

Having wrested another statutory holiday from the captains of industry, who would gladly see us shackled to our Means of Production 365 days a year if they could get away with it, let us honour the first Monday in August in all its utter lack of meaning.

This is, after all, the quintessential Canadian Holiday. Contrived, borrowed, and with absolutely no connection to anything that's ever happened anywhere in the country, it verily screams Canada.

And by simply changing the name of the holiday from the August Long Weekend to British Columbia Day, the wise leaders of our province have lifted us out of anonymity and meaninglessness and blazed a trail. Manitoba renamed the holiday Terry Fox Day, a tribute to both Terry Fox, a British Columbian, and B.C. itself. Saskatchewan renamed the holiday after itself and as far as I can tell, only the Northwest Territories continues to honour the Honda Civic.

Our next-door neighbour, Alberta, celebrates Heritage Day. Festivities include the ceremonial Turning Off The Oil Tap and symbolically letting the Eastern Bastards freeze in the dark and British Columbians run out of gas.

PEI and Nova Scotia celebrate Natal Day although the real celebration is the first Tuesday in August, known as Post-Natal Hangover Day.

And Ontario, where like so many other things it all started, celebrates Civic Holiday, except in Toronto where they celebrate Simcoe Day in honour of John Graves Simcoe, Upper Canada's first Lieutenant-Governor and the man most responsible for Canada looking a lot like England without the mouldy, historical trappings.

Let's be serious though. In this modern day of cheap symbolism, Canada needs something to really celebrate and August is one great time to celebrate whatever it is. At least as long as it's something summery as opposed to, say, snow.

Since Canada, as a loosely affiliated country of provinces, can't really agree on anything, it's pretty much up to us, as British Columbians and more specifically Whistleratics, to show the way. And why not? First in Tourism, first in partying, first in trailblazing real holidays instead of these bogus, faux holidays devoid of meaning and chest-thumping symbolism. Amen!

Coming as it does at the height of summer, I ask you, what could be more in keeping with relaunching the Whistlercentric August Long Weekend, formerly known as BC Day, than to turn it into a celebration of that most loved summertime passion—barbecue? You knew there had to be a tie-in somewhere, didn't you?

With the Canadian National BBQ Championships firmly rooted in Whistler—and let's take a little pride here, folks, these are the Canadian Nationals, not some dinkytown festival of tulips—and barbecuing in all its incarnations being one of the things that define that briefest of seasons in this Land of Ice and Snow, who could possibly object to rededicating this holiday to the pursuit of the Holy Grill?

OK, maybe the vegetarians, definitely vegans. But I say even they can barbecue. Granted, tofu tends to slip through the grill but heck, barbecue historically includes such non-animal side dishes as beans, coleslaw, pickles and buns. And all the New Age barbecuers toss on such untraditional veggies as eggplant, kohlrabi and that most ubiquitous symbol of summer, zucchini. It's not all about meat here people; break out.

Why, with the murky history of barbecue, we could even claim the cuisine as our own! Who's to say the rich tribal traditions of our coastal First Nations Aboriginal Peoples didn't embrace cooking things slowly over smoky fires? It's not our fault our miserable rainy weather—but only sunny and warm during Major Tourist Events—rotted and obliterated the historical record of the Tlingit people inventing barbecue shortly after they sailed from Russia in dugout, cedar canoes. I say that's the True Origin of Barbecue. Prove it didn't happen.

So in the spirit of—I can't believe I'm saying this—Ontario, Whistler should rename the already renamed Civic Holiday National Heritage Barbecue Day. In Ontario, a number of municipalities have renamed the holiday to celebrate local history: Joseph Brant Day in Burlington and Benjamin Vaughan day in, yeah, Vaughan. Happy Jack should proclaim BC Day as National Heritage Barbecue Day in Whistler and open the doors of Tiny Town to the hungry hordes.

And where better to kick off that tradition than Dusty's this weekend. Smoke 'em if ya got 'em.