Looking forward is the future

Prior to widespread European exploration and well before the great land grab, it is estimated the size of the North American bison—buffalo—population may have been anywhere from 30 to 50 million animals.
Mar 4, 2020 11:00 PM By: G.D. Maxwell 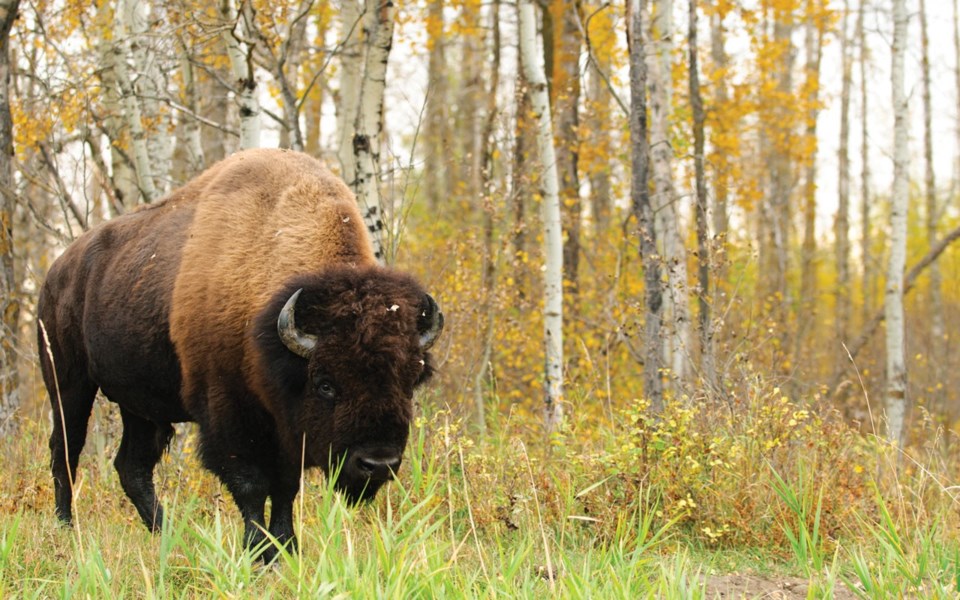 Prior to widespread European exploration and well before the great land grab, it is estimated the size of the North American bison—buffalo—population may have been anywhere from 30 to 50 million animals. Fewer than 100 were alive by the late 1880s.

They were killed for food, profit and, well, fun. Compared to shooting buffalo on the vast prairies of the continent in the early 19th century, shooting fish in a barrel was challenging—not that I'm aware anyone ever did that—but the clichés must have come from somewhere. They were big, slow and plentiful. And as was the case with forests, it seemed as though they would always be plentiful, inexhaustible.

So it's with a certain irony four of the 33 Conservative MPs from Alberta chose that name for their eponymous declaration, their call to Western arms, the Buffalo Declaration. And the irony is not lost that only those four have signed it.

Of course, the name has little to do with the animal. Buffalo was the name given to the vast territory of Western Canada—known as the North-West Territories—by its first premier, Sir Frederick Haultain. The expanse included what is now Alberta and Saskatchewan and was purchased by the Canadian government from the Hudson's Bay Company in 1868.

Sir Fred tried to convince the easterners—now pejoratively referred to as the Laurentian Elite—to grant provincial status to the entire tract and create the outsized province to be known as Buffalo. Seriously. According to the Declaration's authors, the federal government feared creating a single, vast province would tip the balance of power west, something the old boys of Quebec and Ontario just wouldn't have. And so, in 1905, Alberta became its own province within Confederation.

The authors lay out exhaustive arguments outlining what a raw deal Alberta got then and continue to suffer from to this day. Layering on more irony, they see the solutions lying along the same path as Quebec. They want the federal government to, among other things: recognize Alberta as a culturally distinct region; acknowledge the province is not an equal partner in Confederation; balance representation in Parliament to safeguard Alberta's interests; change equalization payments; constitutionally entrench resource projects as the sole domain of the provinces; and, in the Beating a Dead Horse department, acknowledge the devastation the National Energy Program causes Albertans.

They call for actions requiring—and this is an abbreviated list—a magic wand to fundamentally alter decisions made by other nations, notably China, and suspend the laws of supply and demand, to wit: restore investment stability in Alberta's energy sector; make a plan to reverse international agricultural trade restrictions; protect infrastructure to get access to global markets; exempt agriculture from carbon pricing; ensure greater access for Western-based journalists to the Parliamentary Press Gallery. No, I'm not making that last one up and I'm not sure whether it includes the bogus "journalists" employed by Thumper Kenney's War Room who have made short work of proving what a laughing stock that idea was.

They end their screed by threatening, "One way or another, Albertans will have equality."

Naturally, as begets any adolescent temper tantrum, the declarers—and for that matter the province's political leaders—blame everyone but themselves for the woeful situation in which they find themselves.

They hold Justin Trudeau personally responsible for Teck pulling the plug on their pie-in-the-sky Frontier project. The CEO of Teck, on the other hand, cited a number of reasons for driving a stake into the heart of Frontier: world oil prices that show no sign of dramatically increasing and leave the project economically unviable; a glut of supply of world oil; lack of pipeline capacity for Canadian bitumen; an increasing focus on climate change by people across the country, the world and, most disturbingly, global investors.

Apropos of that, Norway's wealth fund—a US$1-trillion investment fund the country enjoys because it hasn't given away its oil the way Alberta has—announced this week it was on the verge of pulling investments from four yet-to-be-named projects that fail to meet new, more restrictive GHG emissions criteria. The threat is not insignificant; the fund holds around 1.5 per cent of the world's listed shares.

Now it seems like any reasonably astute political leader would, in this day and age, be looking to the future and cobbling together a plan to, well, lead their province, nation, company, town, etc., toward a better tomorrow. That being said, Thumper has doubled down on portraying Alberta as a victim and bemoaning a glorious past fading into distant obscurity. His vision is defined by what has been, not what might be, and he pins his populist rant on making Alberta great again. Or grating. Whatever.

In his recent budget, Thumper continues to double down on whatever his crystal ball tells him will be the future of oil prices. There is no contingency to deal with the vagaries of world oil prices and an almost blind belief that what's been happening for the past half decade will somehow return to "normal." Budget cuts, falling largely on a bloated provincial payroll, social services, healthcare and education, will allow the province to muddle through to the next boom. And if history is any indication, if that boom ever happens, whomever is in power will manage to piss its largesse away, leaving the piggy bank as empty as the laughably pilfered Heritage Fund.

Thumper's cast of villains—the Canadian government, B.C., Quebec, urban green elites, Blackrock, banks, funds and other investors abandoning fossil fuel companies—bring to mind that deranged adolescent currently occupying the White House who is blaming the Democrats and illegal immigrants for COVID-19. To give him credit, though, at least Thumper doesn't see it as a nefarious plot to make him look bad personally...just hobble the entire province of Alberta.

Fortunately, though, a number of Albertans who seem to have reached a higher state of maturity aren't buying it. They might be the "downtown elites" the UPC eschew but they envision the power and creativity, the entrepreneurship the province's young workforce might harness to lead the province toward a future not entirely reliant on tarsands projects and pipelines in the sky.

They might not be ready to suggest Alberta implement a sales tax, like the rest of Canadian provinces, but they support and draw encouragement from initiatives like BHE Canada's $200-million Rattlesnake Ridge wind farm.

The future belongs to those who look forward, not those who wallow in the grudges of the past. I'd rather be led forward by someone who stumbles—OK, who shoots himself in both feet—than backward by someone clinging hopelessly to the fading, fading past.