While I'm generally a let-bygones-be-bygones kind of guy, an always moving forward, never look back person, I do have mild twinges of PTSD.
Mar 12, 2020 12:35 AM By: G.D. Maxwell 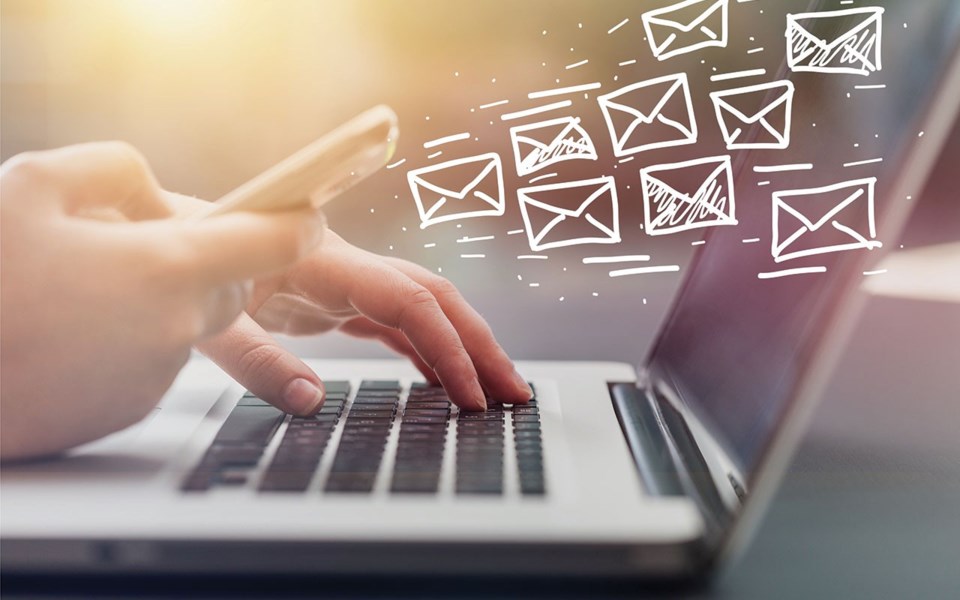 While I'm generally a let-bygones-be-bygones kind of guy, an always moving forward, never look back person, I do have mild twinges of PTSD. Not the serious kind of disorder where I'm haunted by horrific events in my past, more the hope-some-things-never-happen-again-and-hate-to-remember-them-at-all sort of quirk.

As we pass the first anniversary of my webmail history, address book and functionality disappearing—I won't bore you with the culprit except to say the initials are Telus—I'm grateful they finally managed to stitch together most of the folders I've kept over the years, my address book and virtually all the functionality, with the ever-amusing exception of the message that informs me I have 140 of 117 messages in my Inbox. The techies and I have agreed to just enjoy the "math is hard" humour of that and not try to fix it.

But one of the hygiene things I've tried to do is keep that phantom number well below 100 so it's time to clean out the inbox and get rid of some of the queries curious readers have, for reasons that elude me, asked. So, for what it's worth, here we go. Please note, grammar and spelling have generally been cleaned up; it's the editor in me.

Hey Max. I read with horror the Letter to the Editor last week from the clueless kiteboarder who was bitching about losing some world-class kiteboarding space down in Squamish to save salmon. I'm not a kiteboarder but this seems to me to be just a little bit shortsighted. Am I out to lunch on this?

Where to start, SOS? There is, as I've opined in the past, no interest like self-interest. I, too, would rather save our salmon, if for no other reason than they taste better than kiteboarders although, admittedly, I've never eaten a kiteboarder. I've been told they taste like chicken, which is, admittedly, more than you can say about most of the chicken you can buy at the grocery store these days.

But my own self-interest aside, I have to agree with you. I'm having a bit of trouble understanding where someone's upbringing went so far off the track they'd put sport over survival of a food source for countless ocean dwellers. Unfortunately, killer whales, sea lions, seals, etc., don't have a five-time world champion around which to rally. They just swim around and eat salmon. And while they do support a fairly sizable tourism industry built on people who want to boat out and watch them, they don't have the cachet of colourful kites and they're unlikely to ever be used in tourism brochures in Squamish.

To be fair, the letter writer did suggest methods of coexistence and to be fairer, they didn't include helidropping the fry or building a multimillion-dollar fry ladder, assuming such things exist. I believe we just have to remain perplexed and chalk this one up to live and let live...assuming they can do so without impacting a sport.

Max: I don't always agree with you. For example, you've often taken swipes at the ban-the-bag movement and that's just wrong. I suppose you side with the plastic-bag manufacturers on Trudeau's current strategy to ban single-use plastics. How do you sleep at night?

Let me begin, BM, by saying I don't always agree with what I write either. Sometimes I just toss things out there to get some buzz going. Truth is, I'm not sure what I believe. It makes it easier to write an opinion column.

Thanks for your concern, though. I don't sleep that well but I think that has something to do with age. Or whisky. No, age. The sad fact is I've reached the age where I can actually injure myself sleeping. Sometimes I wake up and have to go to the physio to fix something I've messed up sleeping. It's embarrassing. But I digress.

I embrace the notion of banning single-use plastics. I just have trouble understanding what people mean by that. For example, I haven't used a plastic straw—or any other kind—since I kicked my coke habit. But I reuse plastic grocery bags. I'm too unwilling to suffer the shaming of getting them myself but I bum them off friends who still can't remember to take reusable bags to the store.

Ironically though, ban-the-bag folks always seem to want to go after them instead of the two metres of shelf space in most stores dedicated to plastic bags that will definitely only be used once. Go figure. Or the infuriating plastic so many products are wrapped in to avoid theft—everything in the hardware store—or prolong shelf life, cukes.

But since we have a theme here—self-interest—I'm motivated to jump on the ban-the-bag bandwagon since Canada's major petrochemical companies have fired their opening salvo against the pending government regulations.

Dow and Nova, which produces a bewildering array of plastic products in Ontario and Alberta, has said they'd prefer market-driven alternatives to regulation. Personally, I prefer chocolate to salmon but I know one is better for me...if not the salmon.

The companies instead blame "human behaviour," as opposed to their product, for the problem of improper plastic disposal and the proliferation of plastic in general. I've heard drug dealers say the same thing about people who OD on their product. Drugs don't kill people; people who do drugs kill people. I believe the word I'm looking for is sophistry.

Oh well, I'm sure whatever the government comes out with the plastic pushers will challenge in court. More work for lawyers.

G.D. I saw someone coming out of a local grocery store the other day with what I'm sure was all the toilet paper they had. What's the matter with people?

I'm not touching your pseudonym. I've been puzzled over this too, after hearing the stories about people buying truckloads of TP at Costco.

I can understand people stockpiling things like food, medicine, whisky and other essentials in case they have to self-quarantine because of whatever that is that's going around. After all, how many of us really have, say, a two-week supply of whisky on hand? OK, I do. But that's beside the point.

The point is, and I appreciate this is a First-World view but that is the world we tend to live in, the point is—I've never lived in a house where there wasn't a bathtub or shower right next to the toilet.