MAXED OUT: Masks should be mandatory throughout Whistler 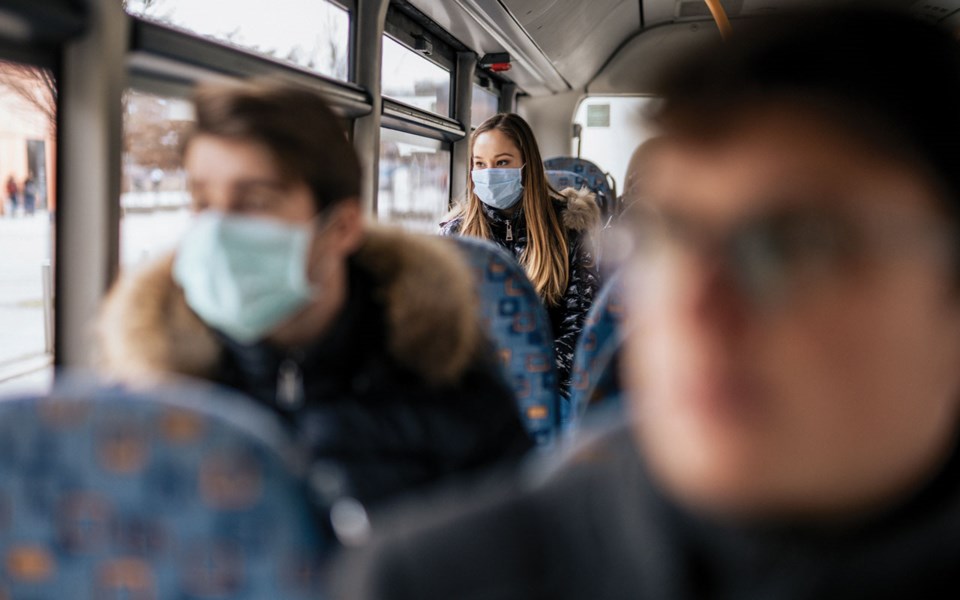 All of us need solace at some point or another. We need a safe harbour, a retreat, the warmth of loving arms—literal or metaphoric—succour in times of trouble and stress, reassurance when doubt drills into the core of who we thought we were and exposes us for the frauds we really think we are.

Relief comes in many forms. Drink, drugs, religion, anonymous encounters in strange beds, the comfort of familiar friends and even more familiar foods, routine, ritual, travel, escape, the enveloping warmth of a hot bath or the jolting reality of a cold shower, movies, books, music and art, just about anything you can think of brings comfort to some.

The essence of comfort is generally rooted in familiarity, friends, family. If it wasn’t, we’d all be comfortable with the idea of walking into a party full of strangers or delivering a speech before a large audience.

Comfort is, as well, most often grounded in simplicity. Mac & cheese is comfort food for many. Wasabi-encrusted filet of endangered species draped in raspberry infused, so-virgin-it’s-actually-unborn olive oil, and piled high on a plate of unidentifiable vegetable matter is not only uncomfortable but quite likely just leaves us with an overwhelming desire to grab a framing hammer and head for the kitchen to explain the concept of food to the chef.

I refer to the Stanford University marshmallow experiment in delayed gratification. In which, children who were able to refrain from eating their marshmallow immediately were rewarded with more of the same in the future. Longitudinal studies correlated the ability to delay gratification with more “success” in later life.

If we don’t stop eating our marshmallows, there may not be a later life. At least for an unnecessary, sybaritic playground like Whistler. Imagine the impact of another shutdown in, say, mid-December because COVID-19 cases have ballooned to levels threatening the province’s healthcare capacity. Happy Halloween. Scary, isn’t it?

And the only ones who can keep that from happening is us. Collectively.

Suffering from pandemic fatigue? Too bad. Hate wearing a mask? Tough. Don’t want to miss the party, bonfire, gathering of your tribe? You poor baby. Grow up, suck it up and start whistling “The Sun Will Come Out Tomorrow.” But understand, if we don’t get our act together today, tomorrow is definitely going to be cloudy.

There should be no confusion at this point about how this virus is spread and the best practices to avoid it. Person-to-person transmission is responsible for all but the tiniest fraction of infections. The best ways to avoid it are, in no particular order: Wear a mask when you’re out in public; maintain physical distancing whenever possible; wash your hands ... a lot; use sanitizer when you can’t; spent as little time as possible in crowded places; keep your bubble small and consistent; stay home if you can but certainly if you’re ill or have symptoms; stop touching your face.

Simple, for anyone who hasn’t wolfed down their marshmallow already.

In an attempt to head off the inevitable emails, allow me to counter some of the tiresome arguments swirling around like so many tumbleweeds.

Wearing masks isn’t a question of infringing anybody’s rights or freedom. Your rights stop at my freedom from contracting your infection. You’re required to wear seatbelts, motorcycle helmets and, depending on the sports you play and where you play them, other safety gear. Even where not mandatory, like on the ski hill, the few stalwarts not wearing helmets stand out in every lift line. Stop whining about masks for chrissakes.

If you’re confused about best practices at this point, you’re not paying attention. I’m sorry if your brain is having problems processing the fact consensus opinion used to advise against masks and now strongly recommends them. Perhaps you’d be happier having your doctor bleed you to balance your four humours next time you’re feeling unwell. Science evolves; keep up. Sorry we keep learning new things and shaking up your world order.

Want to ski or board this winter? WB requires you to wear face coverings. Want to ride transit? So does BC Transit.

RMOW council considered a move to make masks mandatory at RMOW facilities this week. Since I’m writing this before the council meeting, I don’t know what the discussion was, but I’m assuming no one on council is rabidly libertarian enough to oppose the recommendation (See page 22 for more on council’s decision). Unfortunately, the recommendation doesn’t go far enough. The common areas of the village are as much RMOW facilities as is muni hall. It’s time for the mayor to ascend his bully pulpit and let people know if they want to come to Whistler, they need to cover the lower part of their happy face with a mask. Or stay home.

Herd immunity is not going to be the answer, unless you mean the kind of herd immunity that comes from widespread inoculation with a vaccine that’s been proven effective. Get off social media and stop spreading the things you think you’ve learned reading the Great Barrington Declaration. It’s bullshit.

The main failings of that piece of sketchy reasoning are two: It fails to explain in any detail how a vast number of infected people will somehow protect those who are vulnerable. More importantly, it doesn’t even begin to address how many people would have to die for the remaining population to achieve herd immunity. The answer is more than you can imagine.

Oh, and the next time someone tells you COVID-19 is less dangerous than the flu, roll up a Pique and hit them with it. The World Health Organization estimates worldwide deaths from flu number between 290,000 and 650,000 per year. The current global death count from COVID-19 stands at more than 1.1 million ... in less than a year. Math isn’t that hard.

I look forward to your letters. Clare, less so.