MAXED OUT: Max answers the mail… 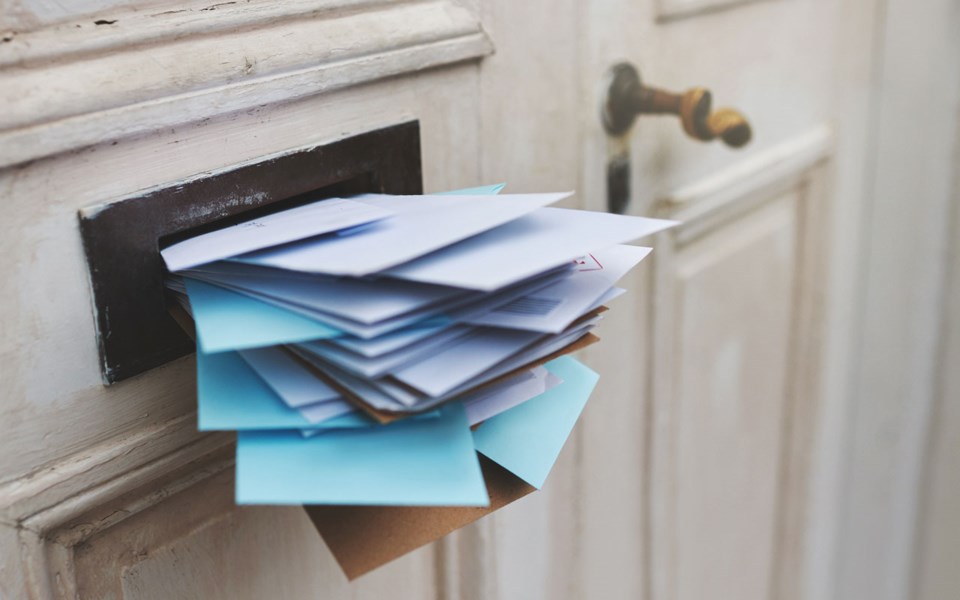 We seem to be approaching an event horizon where many are being sucked into a black hole created by the confluence of our resurgent pandemic, personal responsibility, government inaction and Santa Claus. I know this because my email inbox is bearing a closer resemblance to social media, or at least what I’m told social media looks like since I don’t go anywhere near it, personally.

For those of you I’ve been unable or unwilling to answer personally, perhaps you’ll recognize your question, issue, whine, bitch in what follows.

Hey Max. What the f#&* is up with the Vailures running our mountains? I tried to make a reservation for opening day on Sunday and couldn’t cuz they were booked up. Booked up? Is that a joke? Same thing for Friday and Saturday. I haven’t missed opening day since I moved here. What if I skin up?

Dear PO: I don’t know when you moved here but I can’t remember the last year I actually went up on opening day. But then, skiing five open runs and downloading along with thousands of other people always struck me as about as appealing as dating my sister, not that my sisters aren’t hot but...

I don’t know if you’ve been watching the weather recently but I’d guess the reasons the mountains are booked up may be a combination of limited terrain, sketchy stability in the alpine, the fear of God an outbreak of COVID will occur and close operations down, pent-up demand, a strong hope they can have ski-outs—death before download, eh?—and a view toward the longer season.

As for skinning up, go for it. Your pass probably won’t work if you try to load a chair up there but if you want one great run and a lot of exercise, go for the gold—on one of the other mountains around here. WB doesn’t need the grief.

GD, I’m seeing lots of cars around town from Alberta. Aren’t they supposed to stay home? Who do they think they are and what are they doing here?

Dear IL: Welcome to localdom. I don’t know about all of them but I wouldn’t be surprised if quite a few don’t think of themselves as employees of WB and also instant locals. The pandemic killed off this year’s crop of Aussies, so Canadians it is.

We should be glad we have such a wimp for a premier. If Mr. Horgan had the stones to go along with the patter, he’d stop trying to pass the buck to the federal government to restrict interprovincial travel and just close the province’s borders to people from other provinces. With the Atlantic bubble disintegrating into provincial bubbles, it’s pretty clear provincial premiers have the power to close borders. But it’s so much easier to challenge other levels of government to do the dirty work. And let’s face it, with Thumper Kenney’s reluctance to take steps to deal with the firestorm of cases in Alberta, Horgan should build a wall and make him pay for it.

Of course, if our own government would declare Whistler an independent Resort Principality we could shut our borders to people from Surrey and the Fraser Valley, which have the highest number of COVID-19 cases by far. Since St. Bonnie told Vancouverites to go ski their local mountains, we won’t have to worry about them coming up for a while, will we? Just kidding.

Why don’t you write a column about all the people from other countries making bookings to be here over the holidays? I read somewhere a lot of them are supposedly coming in for business and therefore didn’t have to quarantine. How come they don’t have to do that?

Dear SM: I generally assume when you say you “read” somewhere, you mean some unreliable, alternative-fact post on social media made by someone who doesn’t have a clue what they’re talking about. I think this is a pretty safe bet since there is no blanket exemption to 14-day quarantine rules for people flying in on business trips. To get one of those, you have to have enough pull with the Minister of Foreign Affairs, Citizenship and Immigration or Public Safety.

As far as a lot of people making bookings from other countries, I’m certain the local lodging sector will be helping them, assuming there are any, adhere to the quarantine period. After all, not even the accommodation providers are desperate enough to run the risk of being shut down if their negligence resulted in having them be known as super spreaders. Then again, maybe it’s just the glass-half-full optimist in me.

Hey, your(sic) American. Is Trump ever going to admit defeat?

Happy to See Him Go.

Dear Happy: You have a lot of company. The short answer is, no, the Orangutan-in-Chief will never admit defeat, absent a frontal lobotomy, which isn’t such a bad idea but highly unlikely. The Don is infallible; just ask him. But I’m sure President Biden and at least half the rest of the country will be happy to see security escort him out of the White House on Jan. 20.

Oh, and I am no longer American. A small but important detail. And I’d explain the difference between your and you’re but I’m tired of rolling that rock up the hill.

Max, when are you going to write another column urging people to wear masks?

Dear Zorro: I’m waiting for the scars from the last column about wearing masks to heal. I had to pay for a more robust spam filter for my email after the last time. And now that St. Bonnie has finally gotten over whatever weird political hang-up she or her bosses had about bringing in a provincial requirement, I’m happy to let her deal with the hate mail.

Having said that, I saw a news clip recently about an artist who painted masks for people with a reasonably good likeness of the covered up portion of their own face. They’d grown tired of people saying, “Wow, I didn’t recognize you with a mask on.”  It made me wonder why local artists aren’t doing that to make a little money while waiting to see if anyone is going to buy art for Christmas. I’d personally buy a few, not necessarily of my own face.