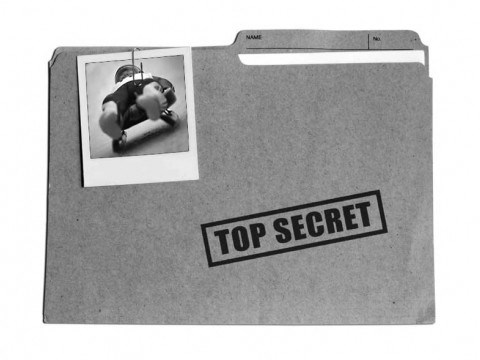 He almost knocked me over. And didn't even stop.

What I saw when he turned around startled me. The physical dystopia that is J.J. Giddyup, Whistler's only private eye, is generally so all-encompassing and downright weird I just assumed I was beyond being startled. Maybe it was the physicality of this encounter... or maybe it was the flaming look of bloodlust in his eyes. The fact he was holding the biggest, raspiest bastard file I'd ever seen - holding it like a bludgeon no less - did nothing to soften the overall gestalt.

"You look like a man on a mission," I said, speaking calmly. "As much as I know I'll regret asking, what's up?"

"One of your three emotional states, as I recall. At - do I really want to know? - what?"

"This (expletive deleted) luge chick and her half-assed, semi-literate, self-absorbed rant, if you must know."

"Oh... that. I thought that had more or less dissolved into the ether of cyber-irrelevance. Just another inflated ego pricked by the reality of indifference."

"And what exactly, and I hope the answer is 'nothing at all', does that rather scary looking file have to do with this rage?"

A maniacal grin played across his weathered face, softening for a moment the visage of indignation. "Thought I might make a little luge modification."

"I...." Somewhere in the universe of English words there was exactly the right combination to soothe this savage beast. I just wasn't sure what it was. "J.J., can I borrow your file?"

"To keep you from doing something I'll regret."

"J.J.," I extended my hand. "If you sabotage Regan's luge you'll be lighting the fuse. It'll only give the ISU the excuse they've been looking for to swoop into town and go all gestapo on us. Besides, you'd never get past security."

"You forget what I do for a living," he said, softening and reluctantly handing me the file.

"No, more like I've always wondered what exactly it is you do for a living," I replied. While I knew J.J. eked out a living doing low-level snoop work and whatever else came his way, I was never convinced his claim to being a black ops guy for the CIA during the Indochina episode was anything more than talk. But he was amusing... at least when he didn't have a file in his hand.

"Wrong shoe, wrong foot. I think she's the one over-reacting."

"Yeah. But consider the source."

"I have. And it still pisses me off. Some prima donna 'athlete' in a ridiculous non-sport drifts into town with more attitude than social skills and starts bitching about not being able to make friends. Jeez, with her centre-of-the-universe attitude, I'm not surprised she feels disliked around here."

"C'mon, J.J., she qualified her rant. She said she was talking about 'a distinct group of people who haven't caught that metaphorical(sic) Olympic fever'. Not everyone in town. Besides, she's dimwitted enough to fail to grasp how totally appropriate snowboard boots are when one wishes to stomp endangered squirrels, let alone how much more love goes into your venti macchiato when you call your barista by name instead of Bi-atch."

"Yeah, and railing on about how this isn't like home and how everyone hates Albertans. I don't hate Albertans. I mean, yeah, sure, they're arrogant and elect idiots for premiers..."

"Which makes us so much alike in so many ways."

"Yeah, what was that all about?"

"I only know what I read. And since I read her blog I've been kinda put off reading more."

"Understandable. But fractured grammar notwithstanding, apparently she and a few too many fellow lugers showed up at the Rec Centre. Now yes, there is an 'agreement' as to how many of them can use the equipment en masse but, remembering the elite rule, rules don't apply."

"You mean like 7-Eleven saying only five kids can come in at once?"

"Something like that. But so what? Anyway, they were in there, leading humble little luger lives, tossing the ol' medicine ball around and, well, things got a little spirited. There's a fine line between playing catch and playing dodge ball, ya know. Seems someone was a bit errant with their throw or a bit inept with their catch and the ball did some damage. One of Whistler's Alberta-hatin', non-Olympic supportin' taxpayers took exception. I don't know, maybe it was the smell of conservative oil or the 'Go Flames, Go' chant that set him off..."

"Or maybe the arrogance of..."

"Don't go there. At any rate, he had the audacity to suggest they maybe play nice and stop breaking things."

"Hey, you have to remember we're working with the self-esteem generation here. When you've spent half your life getting gold stars for showin' up and the other half being told what an elite athlete you are, getting' dressed down by some civilian schmuck who probably knows his barista by name is, well, devastating I guess."

"Perhaps. But you shouldn't ride thoroughbreds when ponies are all you can handle."

"What does that mean?"

"I'm not sure. But it sounds sage and makes at least as much sense as the Dale Earnhardt allusion."

"Can I have my file back now?"

"What are you going to do with it?"

"Put it back in my toolbox. Honest."

"Yeah. It's not worth the effort. It still pisses me off but..."

"But you're feelin' the love."

"Even for Ms. Lauscher."

"Not feelin' that much love."

"Well, it'll all be over before you know it. Nothing left but warm memories, employee housing, debt and that abomination on the flank of Blackcomb."

"Wanna go get a coffee."

"Never drink the stuff. Besides, I don't know any of the baristas. Think I'll just wander over to Rebagliatti Park and stomp some squirrels."