Maxed Out: A gardener’s gospel 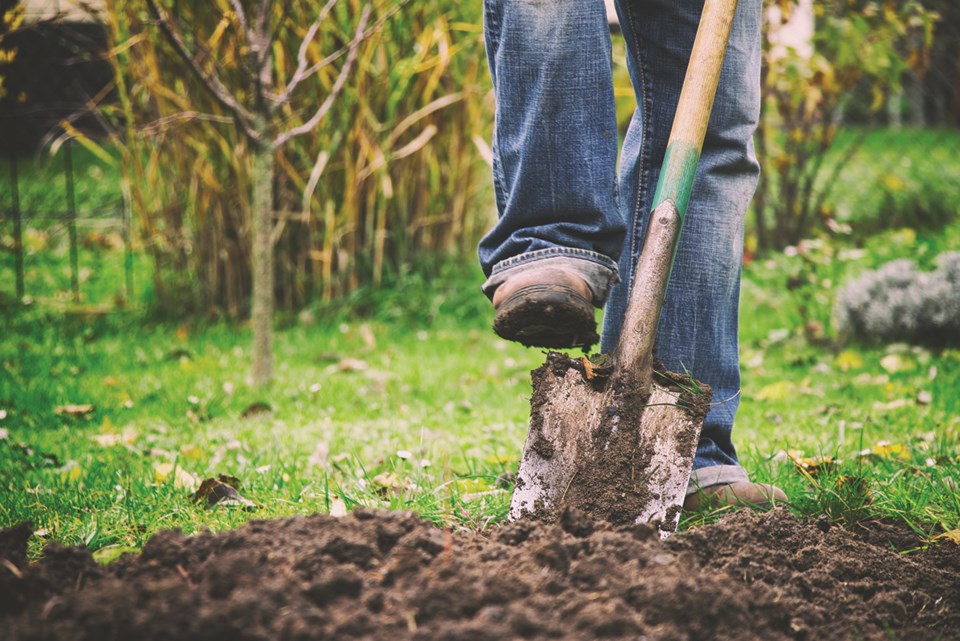 Getting outside to garden and grow your own food sounds like a great idea, but it’s hard work and can have unexpected results. gettyimages.ca

Summer 2.0: The Pandemic Years, is upon us, almost. That it snowed last week in Whistler—this week as I write since I’ll be casting my fate upon open waters when this column appears—belies the inescapable fact we are within spitting distance of June, or as it’s known all too often in B.C., Junuary.

No one knows what this summer will bring, but if we don’t see an easing of pandemic-related restrictions my best guess is it won’t be dancing in the streets, more like uncivil disobedience in the streets.

Everybody seems to have done sticking around home to death. We’re tired of reading books, never want to even smell sourdough again, have burned through three pairs of walking shoes and without a loan can’t afford lumber to spruce up anything around the ol’ homestead.

The anticipated big wave this summer is, wait for it, gardening. It’s relatively cheap, not terribly difficult and if you succeed you can eat the results.

There are at least two fundamental problems with gardening, though. The first is that many, most, people believe garden is a noun. “We’re going to plant a garden.” “We’d like to have a garden.” Nice thoughts, as far as they go.

Problem is, on a much more frequent basis, garden is a verb. One gardens in order to have a garden. If one fails to garden, one’s garden grows weeds, if anything. Make no mistake, as a verb, garden entails a fair amount of work and more than a fair amount of what is known as stoop labour. Stoop labour is to a passing fancy with gardening what bacon is to a passing fancy with vegetarianism.

The second problem is almost a punchline. After having expended enough labour to build a small house, suffered enough cuts and scrapes to make people wonder whether you might not be hurting yourself intentionally in some bizarre cry for help, scrubbed enough dirt from under your nails to fill another raised bed—no, please, not another bed; make it go away—gotten sunburned, bugstung, heatstroked and paranoid over whether the damn thing would grow, after all that and more, you might end up with a bountiful harvest. Just when the price of everything you’ve grown is at its cheapest at the local store and all your neighbours are trying to give away the same stuff you’re trying to eat before it goes bad.

I am, however, a reluctant gardener. Undoubtedly several more years of intense therapy might shed some light on why but it would probably take more years than I have left to actually effect a cure.

There are, I trust, various edible plants fighting for life in the gardens of my home. There are two islands of rhubarb the size of small cars. I don’t care for rhubarb and my neighbours have a look on their faces generally associated with seeing a Jehovah’s Witness approaching their door when they see me coming with an armload of the stuff.

Many other things I do like grow in the gardens, and the reason I bother to grow them is because they’re way more delicious when they are so fresh you can hear them scream when you pull them up—fresher than anything you can buy at the grocery. They’re also, if you factor in capital costs, labour and angst, far more expensive. Think of it as a hobby: cheaper than sailing, more expensive than jogging.

Gardens and disasters go together like Trudeau and Apologies. Will the bees show up to pollinate or are they making too much from CERB payments to bother? Will the deer eat everything or just most things? Will that thuggish murder of crows dig up seeds faster than I can plant them?

Gardening is also dangerous. I’ve played competitive sports, ridden and fallen off motorcycles, climbed sheer rock faces, protested in the faces of dimwitted, heavily-armed police, driven way too fast on twisty roads and way too slow on Toronto’s 401 at rush hour, and eaten midway food at the PNE. But the only time I’ve ever undergone “emergency” surgery involved a gardening accident. True, but no one believes me.

If, after reading this, you still want to garden, here’s the best advice I can offer. Under no circumstance should you pick up any magazine having anything whatsoever to do with gardening. Gardening magazines combine the worst features of both porn and—excuse me for any perceived political incorrectness—what used to be called women’s magazines. Their glossy pictures of perfectly magnificent gardens are designed to do two things and they do those things very well. First they will make you feel inadequate and hopeless about your own gardening efforts in much the same way Cosmo will make any normal woman question the adequacy of her lips, breasts, thighs, tummy, eyes, life partner and life in general. Then they will offer you a dizzying array of products to overcome those inadequacies. Neither your budget nor your psyche can withstand those assaults gracefully. They should all be burned.

Or composted. Compost is the bright light of gardening. Compost is almost a guy thing. Messy, trashy, disorganized and largely left to moulder on its own, compost appeals to the mudpie-makin’ kid in all of us. Got garbage? Toss it on the compost pile. Old newspapers? Compost. Roadkill? OK, so not everything winds up in the compost. But it does make life a little bit easier and lays the foundation for any future eccentricities marked by rusting old cars in the back yard and a creaking attic full of really good “stuff.”

If you really crave torture, have a go at organic gardening. I’m actually not sure exactly how wholesome you have to be to claim an organic garden but I personally draw the line at picking unwanted insects and other pests off plants by hand ... or with the help of tweezers. I’ll weed, I’ll mulch, I’ll compost, I’ll shovel manure. But I won’t pick nits or whatever it is that’s trying to eat more than I am.

Despite my reservations, and let me assure you they are bountiful, I mostly fear my dalliance with gardening is just the thin edge of the wedge. This is, at least, food gardening. There is a tangible reward if all goes well against long odds. Less tangible is the progression to growing flowers, plants designed to lure birds and butterflies, wildlife gardens—salt licks?—and, I’m certain, the zenlike mysteries of inner gardening. Be one with the mulch, Grasshopper.

In the meantime, there are weeds to control, nutrients to be administered, vines to be trained, suckers to be pruned, and ... what’s this. Worms having sex. Fascinating ... and disturbingly arousing.

It may be too late for me but there may be hope for you.