MAXED OUT: All I want for Christmas… 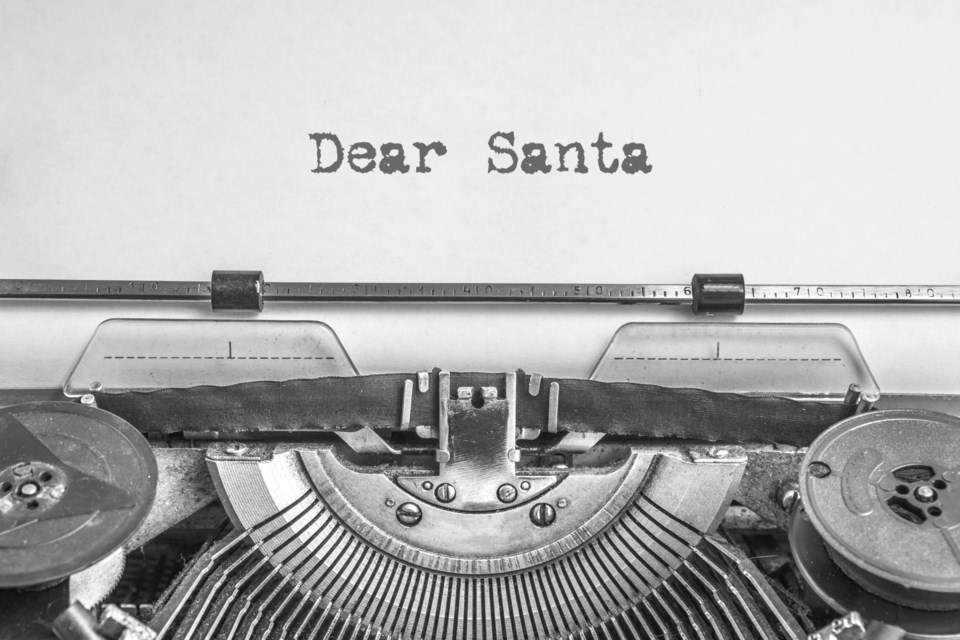 Yo, ol’ jolly one. I’d generally apologize for adding to your seasonal burdens but I’m thinking you received a pandemic gift this year, what with everyone sending their money to Jeff Bezos and jacking up Amazon stock like it was Tesla. Still, I’m old enough to know better but fickle enough to go through the motions of writing you, assuming you always have room in your sack and enough elf power to churn out a few last-minute presents.

I’ll understand if you can’t manage it this time. Hell, I’ll understand if you get caught in the crossfire of the culture wars waging all over the world and decide to give 2020 a pass. If I were you I’d be leaving the reindeer to the elves and setting my sights on a deserted South Seas island for the duration. But I know that’s not your style. Can’t let the true believers down, can you?

I know I’ve left this kinda late but if you’ve been paying attention to what’s been going on down here you probably understand. I’d have gotten around to this earlier but it’s been hard to get motivated and there have been, how shall I put this, a few distractions.

So let’s get right to the point. My personal Christmas list is small. I’d like more snow, please. Since the ski season started, everything has been much brighter in Tiny Town. True, I’m still riding rock skis and they’re ready for a little p-tex lovin’ but that’s not a complaint. Almost everyone I know feels the same way. Even the most weenie green runs, the ones festooned with SLOW signs everyone ignores, are life-affirming after the semi-shut-in existence of the past nine months. It’d be like the rapture if we had a couple of 20-centimetre days between now and your visit.

If at all possible, I’d like that snow to be followed by, well, more snow… or sunshine, or howling winds, or a plague of locusts. Anything but rain, which seems to be far too common what with global weirding and all. Leave the pineapples in Hawaii. That’s it for me, thanks.

These next two asks are going to sound a bit at odds with each other. Sorry ‘bout that. How about packing a big bag of patience and self-control in the sleigh? Being a town that lives and dies on tourism, we’d like to see the place packed. But not just now, thank you. Patience and self-control would be a welcome, albeit scarce, asset for all those folks we see every weekend, and a lot of weekdays, who drive up from the Lower Mainland to play here. I’m not sure why they all believe they’re invincible but their visits threaten our very livelihood. And I’m sure the local Vancouver mountains would appreciate their business almost as much as the struggling businesses here would.

If it doesn’t seem too incongruous or pie-in-the-sky, how about a renaissance in skiing’s popularity? I don’t understand why every Canadian who can walk and chew gum at the same time doesn’t ski. On the other hand, sometimes I can hardly understand why anyone skis. Especially when I consider the cost of the sport in time, pain and dollars.

But Canadians, in particular, should embrace all things winter much as is done in other European and Scandinavian countries. It’s in our DNA. We’ve got the wardrobe, we’ve got the snow, we’ve got the mountains and hills. Still, so many Canadians look forward each year to flocking south to warmer climes, beaches, sunburns, all-inclusive drunkfests. I don’t understand. How can any Canadian want to parade their pasty, white flesh on a beach in deepest February? Ugh.

And the shock to their systems when they return home! If they came skiing, they’d feel as though they’d spent their holiday in happy physical exertion. The remaining weeks of winter would seem like nothing except perhaps a chance to squeeze in one or two more ski trips. Make it so, Santa.

If you can find it, Santa—I’m guessing it’s still in print—could you toss a copy of Henry Mintzberg’s 1979 book, The Structuring of Organizations, into your bag for the braintrust down in Colorado’s Field of Brooms? Henry had some insight into the debate over centralization and decentralization I believe the Vailites could profit from. I love the biblical reference to the age-old question.

While you’re at it, a smidgen of wisdom and humility would help. I mean, enlightened managers don’t borrow the best ideas from their employees, make it a showcase for their environmental enlightenment and then get rid of them like some mafia family. Jeez.

And while you’re loading up your bag with humility, maybe add a bit more for all those groups who are storming the federal government to push their way to the front of the second-priority line for COVID vaccines. Hockey players? Really?

It’s often said the priority items for survival are shelter, water, food and, at least in Canada, fire. I’m pretty sure you have to get way, way far down the list to consider hockey important. Ditto theatre actors, as some wag recently suggested.

I’m personally OK with waiting, my age notwithstanding. But I know how weird things would get if, for example, no one were producing, distributing and selling food, picking up garbage, keeping the water and sewage flowing, warming my house, things like that. And it goes without saying snowplow drivers, ski patrol, lifties and others working for the man every night and day are way higher on my list than hockey players, politicians, actors and influencers, whatever they are.

I’m going to leave it there, Santa. I don’t believe there’s anything you could deliver that would mitigate the destructive effects of culture wars, social media, climate change, accelerating extinction or Trump, although some strong-armed movers and a strong case of laryngitis would help for that final item.

The world’s a mess, no doubt about it. But thus, it was ever so. Plus ça change, plus c’est la même chose. I think it was a 19th-century French influencer who said that.

Merry Christmas, Santa. We’re short on dairy in the house this year so I’ll leave a bit of scotch with the cookies. Enjoy.