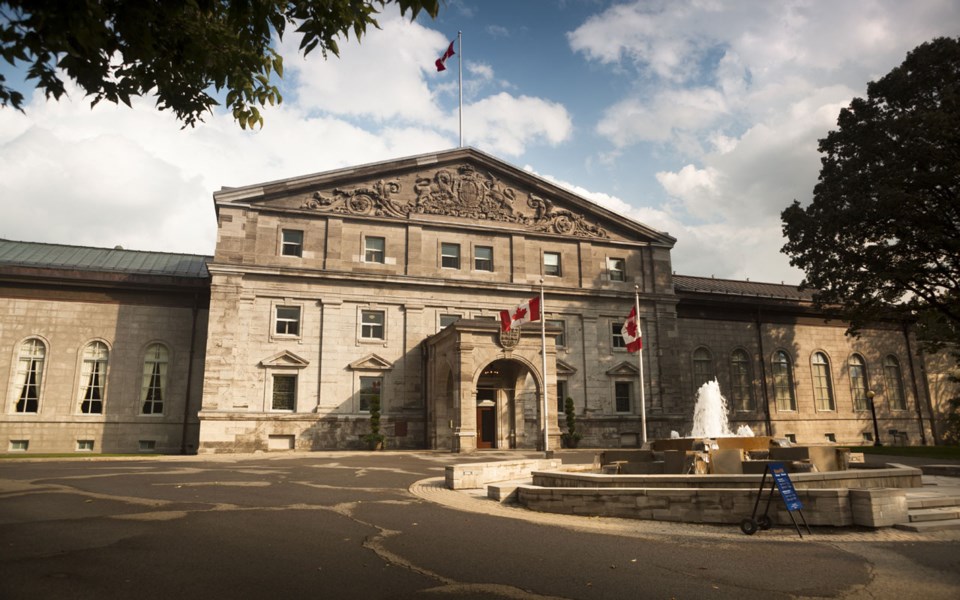 It’s a tough time to be a powerful, public person. Or, for that matter, a vaguely powerful, sometimes public person. It might be harder being either of those and male but more likely it isn’t—it just seems that way because so many males seem determined to act like cretins. Call it the Weinstein Syndrome. Or call it something else; I don’t care as long as you understand the allusion.

In the last few years, say, since the beginning of the #MeToo movement, hundreds of people, mostly men, have been laid low by allegations of sexual harassment and harassment in general. They’ve covered the spectrum from politicians to entertainers, captains of industry to mad scientists.

While far fewer women have been sidetracked for harassing or berating others, it’s not an exclusively male domain. It also lives in the twists of xx DNA.

And so we come to the current situation we—Canada—finds itself in with a Governor General who has, shall we say, people issues. After the initial glare of the spotlight, the issue has nearly gone silent. I’m pretty sure that has more to do with the Queen than the issue. Or is it that the Queen is the issue?

In case you were in either deep isolation or partying your head off, more than a dozen employees and former employees of Rideau Hall, the GG’s office, have referred to their workplace as toxic, claiming the GG, former astronaut Julie Payette and her deputy, Assunta Di Lorenzo, belittled, screamed at, publicly humiliated and generally verbally abused them and others and, at least in one case, called their work shit. Some have left; some haven’t.

For those of you never quite certain, the GG represents the Queen in Canada. For those of you who still have no idea what that means—completely understandable—here’s a list of the official duties of the GG, broken down in highly meaningful categories.

The GG’s parliamentary duties are: summoning, proroguing and dissolving Parliament; reading the Speech from the Throne; and giving Royal Assent, magic words that make acts of Parliament law. Until Stephen Harper’s Reign of Error, probably no one knew what prorogue meant but when you peruse this list, you have to wonder why we need the Queen’s representative to perform such simple, administrative matters. Well, at least I wonder.

The GG also has ceremonial duties. For example, these are supposed to promote a sense of identity—something Canadians admittedly struggle with; give out awards to outstanding Canadians; receive foreign dignitaries, although most of them come to see the PM; represent Canada overseas, pre-COVID, of course; and host official events.

Oh, and the GG is Canada’s Commander-in-Chief, visiting military bases and celebrating military personnel on the Queen’s behalf.

To put this in perspective, and again, for those of you who aren’t sure, Canada is still part of the Commonwealth and the Queen is titular head of state, whatever that means.

All this is a historical holdover that goes hand-in-hand with pretending the Monarchy has any real relevance to modern Canadian life. It is currently a $32-million per year indulgence in pomp and circumstance, sound and fury signifying nothing.

The GG’s parliamentary duties are a joke; the ceremonial duties are capable of being performed by any public person who hasn’t been charged with harassment.

Which brings us back to the unfortunate and shameful situation in which we currently find ourselves. Let’s start with acknowledging no one in their right mind would ever complain about working at Rideau Hall without good reason. I mean it should be like working at Party Central—absolutely nothing of consequence and lots of yummy receptions.

So to have as many people yelling “fire” as there are currently, chances are pretty good Ms. Payette and Ms. Di Lorenzo are, collectively, a piece of work. Bullies if you will.

Remember bullies and bullying? It used to be a pretty hot topic. Everyone was up in arms about garden-variety bullies. But then it got relegated to the back of the bus by racist and sexist bullies. The police killings of Black and Indigenous people, systemic “-isms,” the never-ending subjugation of women by small-dicked men have made run-of-the-mill bullies irrelevant. Pity. Whether their victims are women, Black, Indigenous people, LGBTQ folks or other oppressed, identifiable groups, bullying is the common denominator. Bullies are bullies and they’re just people puttin’ people down.

Bullying has its roots in people with inferiority complexes trying to over compensate by bullying people they view as less than them, whether that “less” is based on unequal power, gender, race, physical differences, ice cream preferences, what have you.

I have no idea what the issues are for Ms. Payette and Ms. Di Lorenzo but I do know this: if they worked in any other government department, they’d probably be on administrative leave right now. The corona of the Queen puts them nearly off limits. Kind of like her son, Andrew, who in any civilized society would be, at best, out on bail.

And I’m pretty sure if they were men engaging in this bullying, they’d be toast by now.

Financially, the GG’s budget is a drop in the bucket, although I’m sure the many folks whose pandemic-related income/subsidies are about to run out but whose jobs haven’t come back yet might disagree.

Do we still need someone to read speeches someone else wrote, hand out medals and awards on behalf of the office and inspect the troops? Well, yes, but it’s a role easily performed by a Minister of Awards and Glad-Handing, perhaps a post-PM role for Justin Trudeau.

And if it makes you feel all jelly-legged just thinking about divorcing Canada from the Queen, think longer term. After all, it isn’t the Queen we’d be leaving, it’s the Monarchy. And just look at what’s coming down the line after Liz shuffles off this mortal coil.