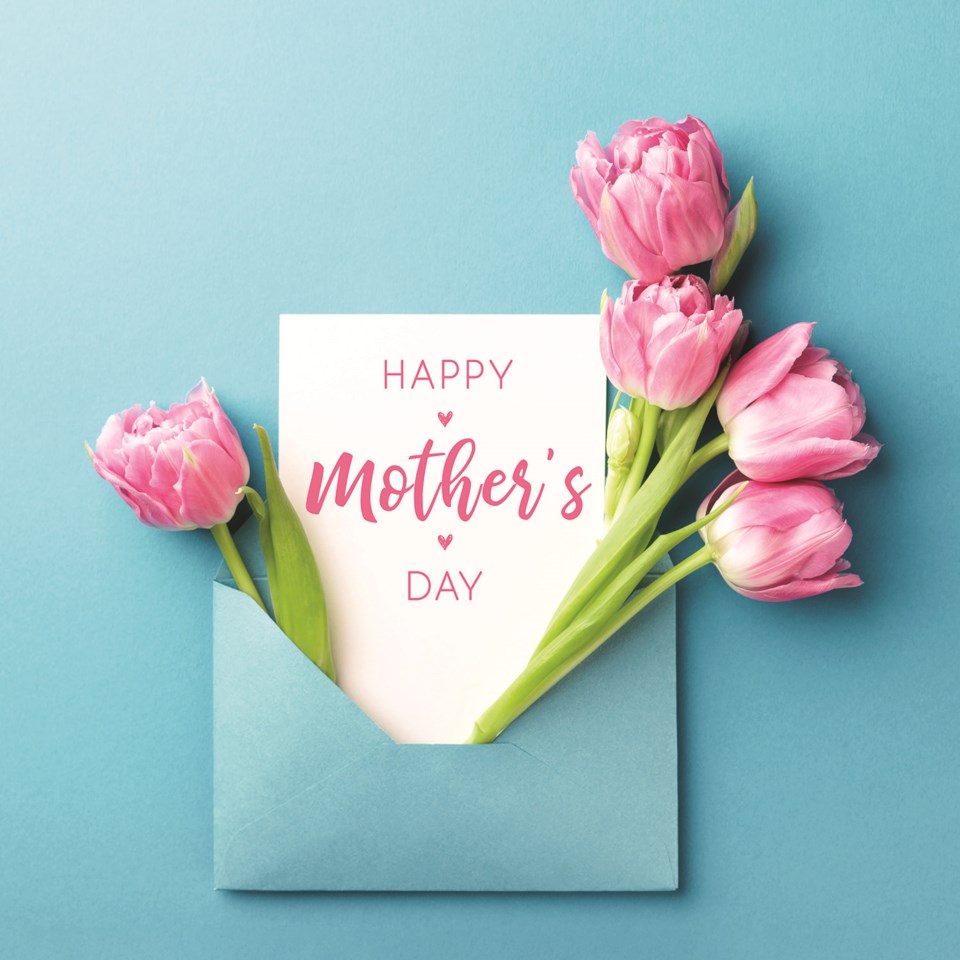 In the pantheon of things to celebrate, mothers are a no-brainer, writes G.D. Maxwell this week.Photo by Zolga_F / Getty Images

Perhaps it wasn’t the best time to set a celebration of life, the life of the single most important person in bringing about your life—your mother. This time of year abounds with so many distractions as life in the northern hemisphere begins anew it’s easy to lose track of Mother’s Day.

Mother’s Day isn’t as nebulous as, say, Easter, which seems to float between late March and late April and is, therefore, the Holiday You’re Most Likely to Lose Track Of, but it doesn’t have the cachet of a fixed date like Canada Day. Second Sunday in May—except after C or something like that—ails to fix it in the flotsam of consciousness as well as, for example, Cinco de Mayo, the Mexican celebration of mayonnaise which always follows Quatro de Mayo, the Mexican celebration of quarter barbecue chicken to go.

This conveniently makes it totally excusable, even understandable, that many of us will wait too late to send our cards and flowers. Mom’s Day has a nasty habit of sneaking up on us like an unmarked traffic cop in a 30km/h zone. Naturally this means Mother’s Day cards will be arriving in mailboxes everywhere well into the middle of the month and possibly as late as Father’s Day, the date of which I haven’t a clue. In my feeble defense, I no longer have either to celebrate, except in memory.

In the pantheon of things to celebrate, mothers are a no-brainer. Mothers have been celebrated since pagan times. This is probably puzzling to those of you who are convinced we still live in pagan times and, if pressed, I wouldn’t have a clue exactly when pagan times were or, if pressed further, if pagan times wasn’t actually the name of a newspaper as opposed to an historical epoch. But in a world where we universally measure things by comparing their size to football fields—and when none of the three fields something called football is played on are the same size—cut me some slack. Mother’s Day has been around a very, very long time. Far longer than Hallmark Cards.

As long, in fact, as the ancient Greeks, who invented everything it seems except Saran Wrap. The very first celebrations in honour of mothers were held in the spring in ancient Greece, a time of year when the Greeks weren’t celebrating much of anything other than spring lamb with mint sauce. The Greeks paid tribute to Rhea, the Mother of Formaldehyde, who begot Naugahyde, who begot the twins Tuck & Roll, Patron Saints of hotrodders everywhere. As so many things ancient and Greek, it is lost to antiquity exactly how the Greeks celebrated motherhood but rumour has it there was definitely a tie-in with the whole spring lamb thing.

In the years between the Ancient Greeks and the Pre-Thomas Crapper English, no one celebrated Mother’s Day. With all the attention being paid to the rise and fall of the Roman Empire, the Dark Ages, the Plague, the Crusades, the Inquisition and the general perfection of warfare, mothers everywhere got short shrift and wondered why they laboured to birth such wankers.

There was even a period of several centuries when men—whose natural place in the scheme of things was to promulgate explanations for everything, regardless of their lack of understanding of anything—were so out of touch with what women did on a day-to-day basis, no one except other women actually knew where babies came from. This was the historical period known as, alternatively, Stork Time or The Cabbage Patch, named for men’s popular conceptions of how babies managed to arrive at their houses on a regular basis. Women, knowing men wouldn’t believe them if they were told The Truth, kept them in the dark and let them go about the business of laying waste to the world, a task for which they seemed eminently suitable.

When men had matured enough—as if—to be let in on the secret of childbirth, it became popular once again to celebrate Mother’s Day. Mothering Sunday was celebrated on the fourth Sunday of Lent, its floating nature cast in quicksand forever. Since Lent was the sadistic celebration of guilt, penance and fasting, the minds of England’s upper class, already addled by inbreeding and lack of sound dental hygiene, went along with this plan. In an uncharacteristic act of noblesse oblige, wealthy Brits gave their serfs the day off to celebrate their mamas with song, celebrations and something called mothering cakes, a confection made of boiled grains, floor sweepings, sugar and molasses. It was during these early years that mothers everywhere popularized the phrase, “You shouldn’t have.”

Despite bad food, the popularity of Mothering Sunday quickly drew the attention of the power brokers of Christianity. Always quick to spoil a good party or cash in on any gift giving, the Holy Men moved to co-opt the celebration to one honouring not only one’s own mother but the Mother Church as well. Having collective memory sufficiently long to encompass the coercive frivolities of the Inquisition, people acquiesced to this unwarranted but completely characteristic power grab.

Like all things New World except poutine, Mother’s Day as we now know it in Canada was invented in the United States. The idea of celebrating Mother’s Day, a day dedicated to peace, was first floated in 1872 by Julie Howe, a genteel southern woman whose Louisiana hot pepper plantation—Howe’s Bayou—escaped the ravages of the Civil War. Ms. Howe, whose lasting claim to fame was penning the words to Battle Hymn of the Republic and inadvertently giving John Steinbeck a catchy title for a great book, failed in her efforts, possibly because she couldn’t come up with another good song for the occasion.

Anna Jarvis succeeded where Julie Howe failed and Mother’s Day became a holiday filled with irony. Ms. Jarvis was, herself, a single woman and never a mother. After throwing a party to celebrate her own mama, two years dead, Ms. Jarvis agitated to have the day formally declared a holiday. In 1914, Woody Wilson, then pres, capitulated to what had become a groundswell of populism and proclaimed Mother’s Day.

By 1923, Ms. Jarvis was protesting what Mother’s Day had become, a manipulative, commercial celebration, tearing at the guilt and regret we all feel for never being able to repay the debt we owe our mothers. When she died in 1948, having spent her modest fortune and the last quarter century of her life trying to put the genie back into the bottle, Ms. Jarvis was sorry she’d ever started Mother’s Day. Kind of like the Aussie who bred the first Labradoodle. Strange, but true.