Maxed out: Do we really want to host the Olympics in 2030? 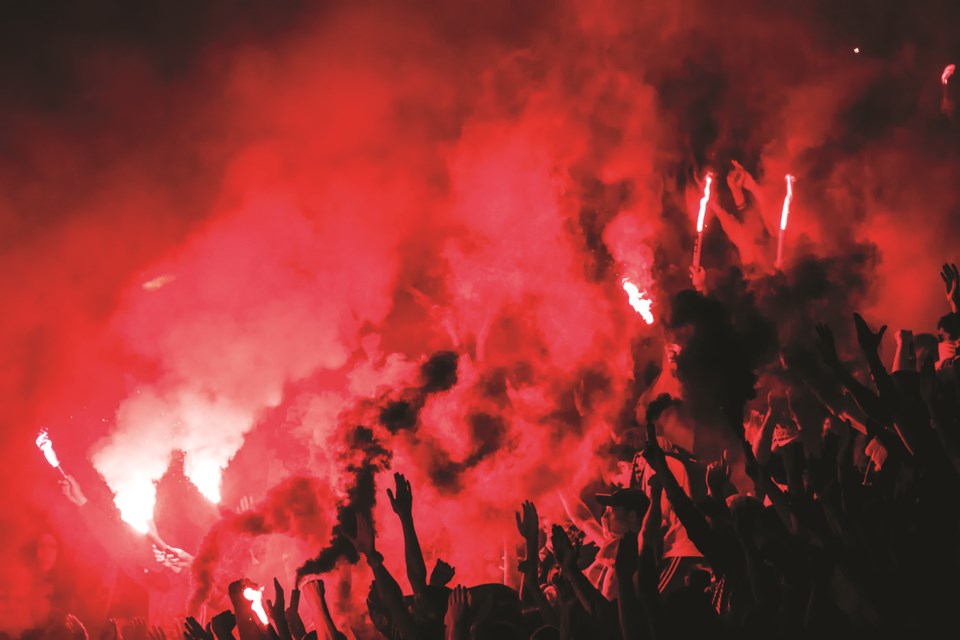 The history of the Olympic movement is too racist, too sexist, too Euro-centric and too corrupted by money to survive in the harsh light of current global uprisings over such inequities. gettyimages.ca

The buzz is enthusiasm about having Whistler—presumably Vancouver as the pointy end of the stick—once again host the Olympics™ in 2030, not that the actual year is important. A number of places are being buzzed about as potential 2030 hosts, including Barcelona, Salt Lake City and even Québec City.

You may ask yourself who in Tiny Town could possibly want to bring the circus back to town. Without naming names, I’ll simply suggest you look around the table next time you tune in to a council meeting and listen carefully for a buzzing sound.

Other than the fact there are some white elephants in town that could be dusted off and used again for Olympic™ sports, I’m not certain exactly what Whistler has to gain from being a host mountain village once again.

In the fevered run up to the 2010 bid, one of the chestnuts trolled regularly was the notion Whistler wasn’t very well known in Europe and other spots of the world where there may be people who, if tutored about the myriad siren songs sung by colourful locals, would flock like lemmings to our happy mountain home.

While I won’t be surprised if that canard is trotted out again, our pre-COVID-19 concerns about overtourism would suggest the only people unaware of Whistler’s delights are probably tending reindeer in Lapland or performing similarly obscure tasks in similarly remote locations.

It was said, and it came to pass, Whistler would benefit from negotiated Olympic™ legacies. We have so benefited. The Athletes’ Village was a smashing success and a lasting legacy, especially compared to the condo horror show in Vancouver. The land bank for additional employee housing will enable the town to produce housing for workerbees well into the future.

And the upgrades to the Sea to Sky Highway continue to be both appreciated and puzzled over.

But what could the town expect as inducements to put up with the Olympics™ 2.0?

I wouldn’t hold my breath for more money being ploughed into the remaining ugly, single-lane stretches of the highway, although if a future council is a lesser shade of green than the pre-Games council we might see improvements to the stretch of highway that runs from the Function Junction bottleneck north, thus laying the groundwork for a working transit system that would support a satellite parking and shuttle service. But then again, we might get stuck with another hydrogen bus fiasco.

And while we may cherry-pick other odds and ends—the ever-fabled Resort Principality of Whistler?—the town largely has the land and tools needed to see us to buildout, assuming such a limit manages to remain in place against the juggernaut of development pressure.

So why speculate about a do-over?

The principle reason to not host the Olympics™ again is, ironically, principle. The owners of the Olympics™, the International Olympic Committee (IOC), may not be so brash as to pass around bags of cash like days gone by, but there are sufficient reasons to believe they are still inherently antiquated, over-reaching and if not outright corrupt, at least willing to be influenced by the profit to be made off their product as opposed to the aspirations espoused in their own codified fundamental principles.

Sport, the outsized patina of esteem it holds and the billions of eyes slavishly glued to TV screens for seemingly any sporting event, is the IOC’s saving grace. Like FIFA, the Fédération Internationale de Football Association, and others, it seems international sport bodies—owners—can’t avoid the taint of corruption. There is simply too much money sloshing around sports, enough to tempt even the incorruptible. Sporting bodies that may have started out with lofty ideals about fair play and sportsmanship have been blinded by power, money and money’s handmaiden, greed.

Those faults are, naturally, accompanied by a higher moral duty applied to those who actually participate in the sports. The IOC, being an inherently political body, has, for example, warned athletes who attend the Tokyo Games this summer that politics have no place in sports and any athlete with the temerity to show any sign of political protest, by action or passive display, will face the organization’s wrath and possibly be stripped of any medals and/or face a lifetime ban.

Naturally, awarding the Games to autocratic regimes like China and Russia has nothing to do with politics.

If athletes were held to the high moral standards of the IOC, performance-enhancing drugs, far from being banned, would be mandatory.

It took a pandemic to make the modern IOC pull the plug on last summer’s Tokyo Games. Previously, it took world wars to cancel the extravaganzas. But the show must go on this summer. Both the IOC and the Japanese government say so.

The Japanese people, on the other hand, are overwhelmingly against the Games happening. Medical experts are against holding the Games. Tokyo is still under a state of medical emergency. Hospitals are stressed.

What’s the IOC’s position? It would like 300 Japanese nurses to volunteer their services for the Games... instead of working in hospitals trying to cope with sick people. Oh, the humanity.

But Japan can’t cancel the Games. Under the agreement to be host, only the IOC has the power to cancel. Does the IOC care about the potential impact on the people of Japan from bringing athletes and others to Tokyo? In a word, no. The Olympic™ charter mandates the IOC to ensure, “the health of the athletes.” Other than such trifles as war, the only reason the IOC would cancel is if it had grounds to believe—in its sole discretion—the safety of participants would be seriously threatened or jeopardised by holding them. Suck on that, people of Japan.

That the IOC cancelled the Games last summer was extraordinary. Despite the clear and present danger posed by Germany, the 1936 Games went forward. Despite the terrorist murders of 11 Israeli athletes at the 1972 Munich Games, they too continued—clearly the safety of Jewish participants was immaterial. It defies imagination to believe decisions like these were done for the benefit of the athletes.

The Olympics’™ days are numbered. The history of the movement is too racist, too sexist, too Euro-centric and too corrupted by money to survive in the harsh light of current global uprisings over such inequities.

So why is it we’d even think of asking them back?

Cheakamus Phase 2 progressing, but more decisions yet to come
Mar 4, 2021 7:00 AM
Comments