Maxed out: Fishing is a metaphor for life 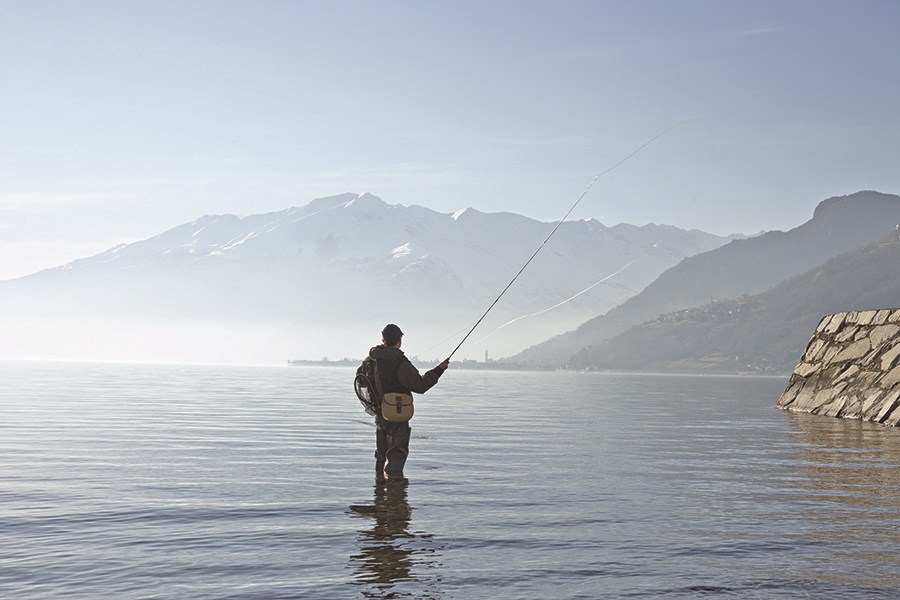 Some people believe fishing is a metaphor for life. Those people are not fishers; they are philosophers.gettyimages.ca

“It has always been my private conviction that any man who pits his intelligence against a fish and loses has it coming.”
- John Steinbeck.

This is a column about fishing. Sort of. It may also have a few humourous insights. Sort of. I include this disclaimer since a recent column about gardening, intended to be humourous—sort of—was misinterpreted by at least one letter writer as an indictment of that particular pastime. While I’m neither an avid gardener nor fisher, I while away summers doing both. The fact I see morbid humour in both may be a personal failure. But the alternative, taking both seriously, is beyond my capabilities. Meh.

As hobbies, that is to say obsessions, go, I guess fishing is no stranger than any other. This is not to say it isn’t littered with wackiness, rituals and just plain weirdness, but then, what obsession isn’t?

There is, however, security in numbers and fishing is still the most widely practised sport, hobby, distraction, time-waster in the world. It fulfils mankind’s—gender irrelevant—primal instincts to challenge nature, secure food, and get things tangled up beyond hope.

Some people believe fishing is a metaphor for life. Those people are not fishers; they are philosophers. Fishers believe life is a metaphor for fishing. Fishers—myself included—are fools. And any body of water filled with even the hope of a promise of fish, is Fool’s Paradise.

Of course this is not to be confused with the magnitude of foolishness our political masters ceaselessly mess around with, allowing moneyed interests to continue threatening B.C.’s wild salmon stocks with their ever-growing fish farms off the coast of Paradise. But I digress.

While I don’t want to exclude women from anything, least of all fishing, at its very soul, fishing is a guy thing. Anything that involves that much pointless sitting around waiting for something to happen is, by definition, a guy thing. I think most women would agree with that.

Fishing is one of those ironic activities that both define the cosmic essence of being a guy and at the same time undermine the cliché of guyness in at least two significant ways. It has become a standing joke that guys are incapable of distinguishing between or naming more than six colours: red, green, blue, purple, orange and yellow. Women, on the other hand, can name at least six variations of an infinite number of colours, as anyone who’s shopped for, say, paint can attest to.

This grossly unfair stereotype of colour-challenged manhood flies out the window as soon as a guy walks into a shop filled with fishing stuff, ironically called tackle. Standing before a wall of feathers, fluff, glass beads, plastic worms and brightly coloured bits of aluminum, a guy can suddenly distinguish between subtle shades of tan, olive, ecru, pink, fuchsia, lavender and, yes, even teal. All he has to do to accomplish this amazing transition in colour perception is, wait for it, think like a fish.

And if fishing destroys the myth of guys and colourblindness, it also lays waste to the generally held notion that guys don’t accessorize. One need only observe a guy’s progression of fishing accessories to understand how wrong that mean-spirited slander really is.

A young boy starts his journey on the road to becoming a fisherman with simple, unpretentious gear—a pole, a hook, a worm and maybe a red and white bobber. If he’s been taken to the right place, shown the path of true patience and can sit still for more than five minutes without completely losing interest or whipping out his cellphone, he eventually feels the rod come alive in his tiny hands and with a bit more luck, lands his first fish and receives his first Real Guy Lesson: You catch it, you clean it.

But the siren song of accessories, the primitive, oft-concealed guy need to have one of everything, no matter how absurd, is the only possible explanation for the lifelong transformation of that young boy and his simple pole into a grown man with a $25,000 plastic bass boat, several steamer trunks full of lures, lines and flies, specialized rods for every occasion, a closetful of fishing attire far more coordinated than the rest of his wardrobe and a fishing-themed SUV to lug the whole affair around.

Which is not to say this is a bad thing. Fishing, like sports, is one of those activities where grown men seem able to actually reach out and connect with their children in a meaningful way. At least they can if they manage to hold their own frustration in check for longer than 10 minutes. A fishing trip, whether a day or a week, is a time to pass on values, traditions, family lore, misconceptions and just plain wrongheaded notions as well as meaningful life lessons.

But as weird as fishing gets, and believe me it gets pretty weird, it is riddled with bottomless rabbit holes. While I’ve never lived in a place blessed with lots of bass or catfish—both of which have a sub-genre of fishing involving some of the weirdest practices, including sticking your arm into a mudhole along a lake or river bank to grab a somnambulant catfish—I have a passing familiarity with two such endeavours: fly fishing and ice fishing.

By far, fly fishing is the weirdest, accepting the butt-numbing reality of ice fishing, which involves a substantial investment in sado-masochism and heated clothing. Fly fishers inevitably wade into the deep waters of tying flies. Hours and fortunes are spent accumulating the paraphernalia necessary to tie flies. I freely admit the weirdest thing I’ve ever done in the pursuit of fly fishing was to abruptly pull over to the side of a back road after spotting a roadkill deer, jumping out of the car, whipping out a pocket knife and scalping a sizable piece of hide from several places on the dearly departed deer’s bloating body, an act that seemed to signal the downward spiral of my first marriage. Why? To tie spun deer hair flies, of course.

Of course, I don’t know what the fish who bite something that looks like a chrome car accessory are thinking. But we each choose our own rabbit holes.