MAXED OUT: I’ll be home for Christmas… 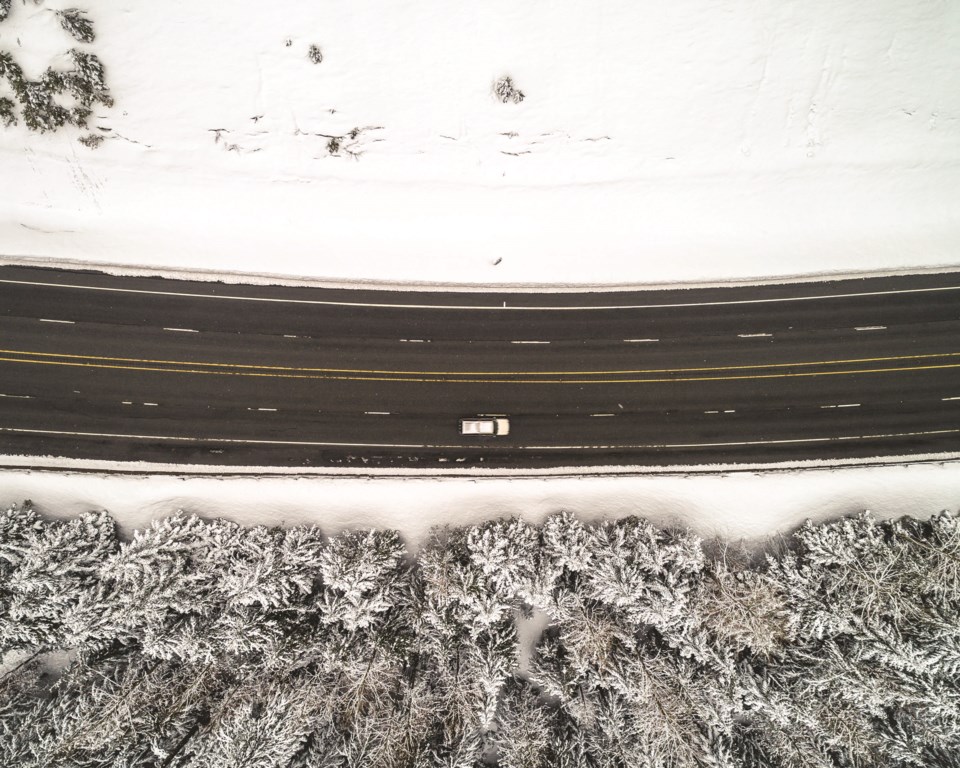 It’s 2,250 kilometres from Albuquerque to a little bedroom community just north of Milwaukee where my folks were living. I’d made the trek once in late spring but never in winter. What an idiot. gettyimages.ca

“So this is Christmas, and what have you done….”

“Nice song,” mumbled the sleepy voice in the back seat.

“Yeah… the first 30 times I heard it during this trip,” said the bleary-eyed, perpetually hungover driver. Me.

We were 36 hours into a roadtrip that, under excellent conditions, would normally take 24. We weren’t moving.

It’s 2,250 kilometres from Albuquerque to a little bedroom community just north of Milwaukee where my folks were living. I’d made the trek once in late spring but never in winter. What an idiot.

“Sure, mom, I’ll be home for Christmas,” I’d promised, days earlier. There were at least two problems with that vow. For starters, the place my parents were living had never been my home and was barely theirs, it being a temporary bivouac before they moved overseas. And having no affinity for the place, I was certain it was absolutely dreadful in winter, not to mention I had to be completely senseless to travel 2,250 kilometres in a Gremlin at any time of the year, especially Christmas.

The Gremlin—one of the worst cars ever produced in the USA, which puts it near the top of a very long list—wasn’t mine. It was my girlfriend’s. Travelling half way across the country on the eve of Christmas Eve was her idea too.

The somnambulant passenger in the crowded backseat was her girlfriend, a woman for whom the word ditzy was coined. She’d brought a suitcase that wouldn’t fit in what passed for a trunk in a Gremlin—really just the space behind the backseat—and, oh joy, her cat. The cat, a mutant, wall-eyed calico with a bobbed tail and, as we discovered, perpetual gastric distress, turned out to be a better conversationalist than the girl. Made more sense, howled louder, slept not at all.

The cat’s litter box perched atop four cases of Coors beer loaded in the adjacent footwell. The beer was a present for my brother who, much to his dismay, discovered they didn’t ship Coors as far east as Milwaukee, a town of many fine breweries, and therefore not in need of the swill found in Coors cans.

That’s all you really need to know about this story’s setup.

We left Albuquerque late in the afternoon of Dec. 23, 1971. Dusk was settling in, what there was of the winter sun was at our backs, the tank was full and, oh yeah, all we had for music was an AM radio. Google it if you don’t know what that particular form of torture was.

We also had a bag of weed, a handful of Dexedrine, some black hash and a very large bag of homemade chocolate chip cookies, the recipe for which is my only treasured memory of that particular relationship.

Everything went hummingly until we reached the dead zone, east of Amarillo and west of Oklahoma City. All we could get on the radio was static, fire ‘n’ brimstone radio preachers, shitkicking cowboy music and, if the skip off the ionosphere was just right, KOMA, 50,000 watts of Top 40 rock ‘n’ roll.

“Another year over, a new one just begun.”

Shortly before dawn, somewhere west of Joplin, Missouri, with heavy snow falling, the pitch of the cat’s wail changed from grating to psycho. I don’t know if you’ve ever travelled with a cat but the best advice I can give you is this: don’t. If you have to, use drugs, if not on the cat, on yourself: It’s the only way you’ll both survive.

Putting that theory to the test, I pulled the car over—did I mention the girlfriend’s girlfriend didn’t drive at all and the girlfriend didn’t drive in the dark?—and blew a large mouthful of cannabis smoke directly into the cat’s nostrils, which I was cupping with one hand while holding the back of its neck with the other. That left no hand to protect against the resulting ninja attack from all four paws, claws at full-kill extension. I was a pioneer of the pierced-lip look.

But it did the trick. The cat got quiet, staggered around the backseat a bit, got hungry and—probably shoulda seen this coming—had a bowel movement that’d put a Doberman to shame.

Had you been following the dirty yellow Gremlin, you’d have thought a canister of sarin gas had gone off inside. It veered insanely off the road and three people literally fell out, rolling on the ground, clutching their faces and gasping for air. One of them appeared to have bleeding lips.

That’s when the cat got out of the car.

I was all for leaving it behind but the girlfriend’s girlfriend was borderline psychotic so we played hide ‘n’ seek with the cat for an hour and a quarter in a blinding snowstorm until it gave up and got back in the car all by itself.

“And so this is Christmas for weak and for strong,
The rich and the poor ones, the road is so long...”

“Well, that’ll sure be the high point of the trip,” said the gf’s gf. Told you she was stupid.

The highpoint came a few hours later… when traffic ground to a halt half an hour east of St. Louis. Nothing moved. An hour later, nothing moved.

The newsflash said there was a traffic jam. Well, duh. It said the traffic jam started in Chicago and nothing was moving for the over 400 kilometres between there and where we were. Visibility was zero, over 500 cars had smashed into each other and no one would speculate how long it might take to unravel the mess.

When we got tired of sitting, we wandered outside. So did other stuckees. We met, chatted, swapped what we had to eat, drink and smoke and before you knew it, we had a block party going. Car radios blasted, snow angels were made, kids played in the snow and, in those days when drinking and driving was only wrong, not morally bankrupt, we had one of the best Christmas parties I’ve ever attended. People were almost sad when, six hours later, traffic began crawling again.

It was midnight when I finally dropped my girlfriend, her girlfriend and the cat off in Chicago, quarter to three when I was forced to ring the doorbell and wake my folks.

“Merry Christmas,” I said, when my teary-eyed mother opened the door.

“We thought you’d never make it,” she said. “We heard there was the biggest traffic jam ever south of Chicago. We’re you in it?”

“Naw, we just stopped for a party and lost track of time.”

“A very merry Christmas and a happy New Year

Let’s hope it’s a good one without any fear.”