MAXED OUT: Surviving 2020 means saying thanks to many 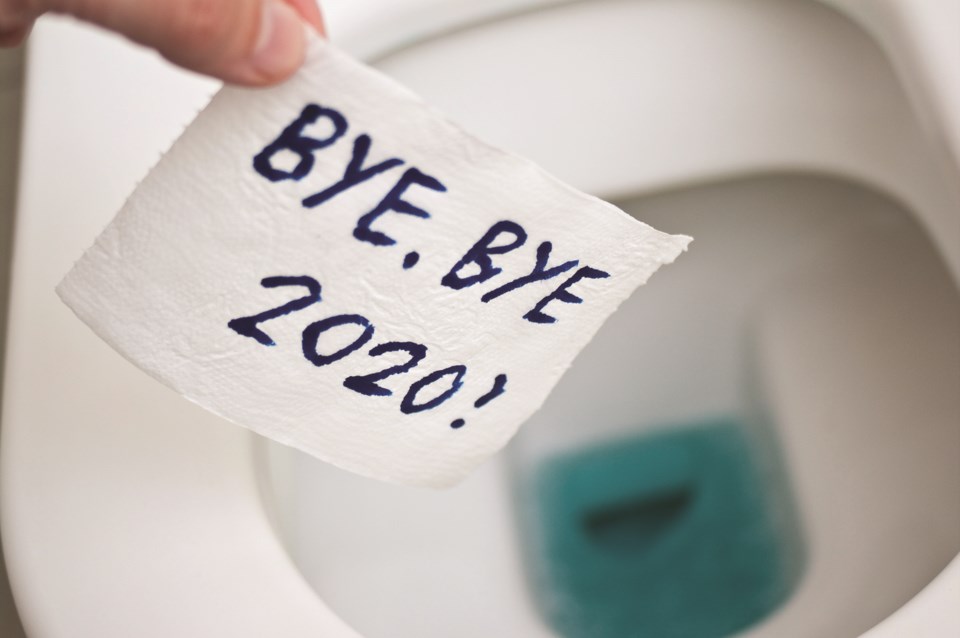 This year, no Maxies. Just some thanks and some hopes for the remainder of the dark days ahead. gettyimages.ca

2020 was the year introverts and agoraphobics finally had their moment to be on top. It was a year to celebrate staying in, avoiding crowds, embracing distractions, culling the clutter of life and discovering where you lived... since there were so few places you could go that weren’t nearby.

It was the year of the RV, when dealer’s lots usually choked with everything from pop-up tent trailers to rockstar-size luxury motorhomes seemed eerily empty. A year when people travelled—assuming they travelled at all—on tires instead of jet propulsion and wing lift. When they preferred to sleep in a leaky tent, and by far preferred to sleep in a king-size cab-over berth rather than risk a hotel room.

It was the year sales of toys of all descriptions—motorcycles, boats, jet-skis, e-bikes and others—created scarcity. A year reservations to provincial parks across the country were booked up minutes after becoming available.

It was a year that scared the pants off investors and then rewarded those who somehow managed to keep theirs on and double down on their losses. And it was a year that devastated many when they saw their jobs, businesses and hopes vanish.

It is also the year the Maxies failed to show up this week on this page. Sorry about that.

Thumbing through the first two months of Piques, reviewing 2020’s Act I, seemed like time travel to a distant world. Nothing that happened in January and February seemed to have any relevance to what followed. Reading the “news” of those months was anthropological. Everything seemed to come from a time and place fading into the haze of nostalgia and what we used to jokingly call normal.

The year in review, the human achievements, both dubious and grand, seem unimportant when the bulk of the year was a scramble to simply remain alive and healthy. Many didn’t; some because they were wilfully negligent, others because they performed necessary jobs in dangerous settings and still others because fate is indifferent to the plans, hopes and dreams of people, no matter how careful we might be.

So this year, no Maxies. Just some thanks and some hopes for the remainder of the dark days ahead.

At the top of my list are immeasurable thanks to everyone who worked to keep food on the store shelves. From farmers to producers, shippers to stockers to cashiers, you, more than anyone else, kept society from devolving into chaos. If you want to see the most wealthy, technologically advanced, First World society turn into a dog-eat-dog dystopia, empty store shelves. Hungry people are desperate people and we saw more than a hint of desperation when things like toilet paper, flour and yeast disappeared.

Thanks to everyone who put community first. During the first lockdown, stores closed and Whistler Community Services Society’s funding—sales at the Re-Use It and Re-Build It stores—dropped to zero at the same time food bank visitation and outreach services reached levels never seen. The Resort Municipality of Whistler stepped up with redeployed staff, Tourism Whistler repurposed the conference centre as a food bank and the generosity of Whistleratics and philanthropic organizations filled the void. It made all the difference in the world.

Additional thanks to everyone who realized how important it was to spend whatever dollars they had locally. Not all our familiar businesses will be around whenever this bizarro world we live in becomes less bizarre. But those who do will be thankful for those who made a conscious decision to buy local.

It doesn’t happen often enough, but I’m thankful politicians at senior levels of government decided to work together for the common good. Not all of them, not all the time but enough to rapidly put money in the hands of people and businesses most in need. Yeah, there were mistakes, there were questionable decisions and there was waste, but even the most hardline deficit hawks understood this was not the time to preach austerity. It still isn’t.

And, as weird as this sounds, I’m thankful for Donald Trump. While the world would undoubtedly have been better off had he died at birth, his criminally incompetent, self-serving, beggar-thy-neighbour presidency has been an object lesson in just how fast and how far even the world’s biggest power can fall as the result of one man’s actions. I’m thankful that 81 million voters chose a path of sanity and cooperation in November. But I’m still reeling from the fact 74 million thought another four years of graft, corruption, toadying up to dictators and pissing all over allies was a good idea. I always wondered what the decline of the American Empire would look like. Now I know.

While I’m tossing out surprising thanks, I am particularly grateful Vail Resorts not only got Whistler Blackcomb open, but got it open well. It has buoyed my spirits like no other early season to be able to head up the mountains. While dreading the reservation system, it’s actually had the effect of increasing the number of days I’ve been on the hills... many of them well before 8 a.m. And I’m not alone. Having our mountains open has boosted the mental health of many of the folks I meet in the parking lot while the day’s still dark. It has been no small feat to recruit and keep enough healthy staff to keep the bullwheels turning, the runs groomed and the snow guns blasting. Thank you to everyone for that.

Finally, without being too self-serving, I’d like to thank everyone involved with Pique—owners, managers, journalists, contributors, readers and, of course, advertisers and those of you who answered the call to support local journalism. We have stared into the void and thus far muddled through. Everyone involved has taken financial hits and most contributors are doing what they said they’d never do again: working for free. Maybe it’s egotistical, but I’d like to think Pique is an important part of the community. If you’re bored sometime, try this thought exercise. Imagine Whistler without it.

2020 could have been much, much worse. As a town that depends almost entirely on tourism, we faced dark, unknown days when the world closed down in March. We’ve proven to be more resilient than this virus. I’m sure when we can refer to it in the past tense, we’ll be building a stronger, even more energetic town. 2020: Good riddance.