MAXED OUT: The challenges of love in Tiny Town 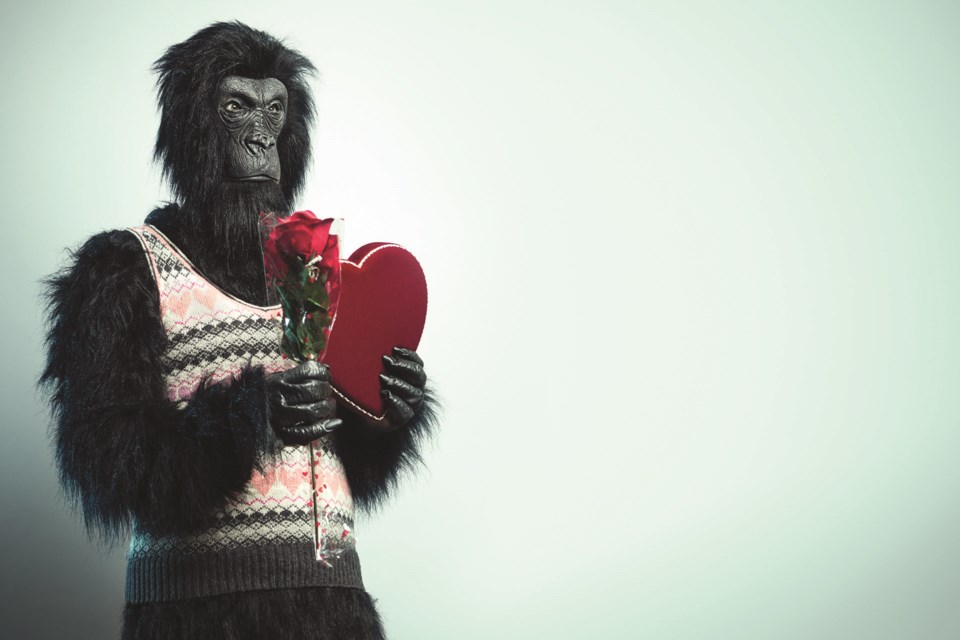 Finding love in Whistler is not without its challenges for many.gettyimages.ca

Oh, to be in Whistler now that Valentine’s Day is near. Just kidding.

I don’t know anyone, OK, any man, who won’t admit to being ambivalent, if not downright freaked out about Valentine’s Day. Whether straight, gay, undecided, fluid, happily embroiled in a long-term relationship or on the prowl, Valentine’s Day is a time many, OK, most men tumble in the stew of mixed emotions, the highs and lows, the slides up and down and the herky-jerky passages in between that are affairs of the heart.

All we need, according to John Lennon, is love. But love is life’s big lottery. It’s easy to play and hard to win. Harder still in a town such as this where, if you’re a guy, you stumble into any relationship with the heavy burden of proving you’re not a hopeless ski bum, a Peter Pan wannabe who will never grow up, a substance-abusing jerk looking for a quick lay, or a closet conservative. Ironically, the harder you try to overcome that burden, the more you prove the point.

But don’t take heart, ladies. Your path to true love’s even harder. Though mathematically, at least in this town, you’re on the winning end of the lottery, you’ve probably spent way too much of your life being brainwashed into believing whatever you have isn’t quite good enough. If that seems, well, harsh, ask yourself what exactly it is that keeps the beauty-care, esthetics, eating-disorder and self-help juggernaut, to name just a few, in business? And if you’ve thrown off the shackles of those guilt trips—and I’m happy to say many, OK, most Whistler women have—let us not forget the rallying cry of ski-town women everywhere: The odds may be good but the goods are definitely odd.

Let’s be honest. Who among us has wandered the path of love in an unwavering, sober line, a true course, a prairie highway? Chances are better than rain in October your personal path of love looks more like the meandering of a blind dog sniffing his way through a Whistler neighbourhood, a strong scent here, a weak scent there, memories of old friends and vicious fights and finally, hopefully, a loving mate and maybe a warm home.

And now consider what we might call the Couples Privilege, privilege being such a hot-button social indictment these days. For those of you enmeshed in a partnership that hasn’t grown too frayed at the edges, imagine trying to conjure love in the time of pandemic. As good as it is, just placing the words Zoom and Sex together is highly unsatisfactory.

I once met a man who claimed to be not the least bit worried, ambivalent or spooked by Valentine’s Day. Never having met a man so self-assured before when it came to the single most anxiety-inducing day of the year for most men, I asked him his secret. Turned out he was a priest in plainclothes. I felt both cheated and vindicated and left him pondering this question: “What would Jesus do to impress his love on St. Valentine’s Day?” I suspect the answer may involve a miracle. Nice work if you can get it... but most of us can’t and would consider it a cheat.

Actually I knew one other man generally at peace with the day of love. J.J. Geddyup, Whistler’s only private eye, never trusted anyone, man, woman, child, dog, enough to care about the day, although he freely admitted to buying himself, OK, stealing, heart-shaped boxes of chocolates during that time of year. It wasn’t so much the chocolate—and after all, what really good chocolate comes in heart-shaped boxes?—it was the boxes themselves.

J.J. hid important things in them. As he explained, “Who would think a former covert ops spook would hide anything important, or deadly, in Valentine candy boxes?”

He admitted that the one year he’d actually accosted me to ask my advice about what women liked at Valentines. It was a year much like this one where the weather had turned clear and cold several days before Feb. 14.

Bumping into him in the village, I didn’t recognize him until he spoke. Actually, until he said it was him. Even then, since he greeted me with a, “Beautiful day, isn’t it, bro?” I wasn’t certain who it was.

Gone was the three-day stubble, the hang-dog, rheumy eyes, the sallow complexion of a man who drank too much and slept too little. Gone was the greasy winter coat that looked like it had been used to bag shore birds killed by a grounded tanker’s oil slick. Gone was the voice that sounded like Tom Waits played at too slow a speed, the lingering smell of unfiltered Gauloises Blues. J.J. was a new man and if you knew him around then, you’d have said it was about time.

I asked him what happened. I half expected religious conversion but imagined undercover operation was more likely.

“I’ve taken The Cure,” he said, smiling, something I’d never actually seen him do before.

“We talkin’ some 12-step program the CIA has for derelict ex-operatives?” I asked.

“No. This is Love,” he replied, in caps.  “Love, Love, Love. I’m in Love like I’ve never been in Love before. The real thing. The steal my soul and have my baby, I can’t live without you passion play to end all passion plays.”

I was kinda freaked by this. J.J. had, frequently—and always after the third beer—waxed eloquent about being strictly catch-and-release when it came to the fishin’ hole of love.  Some nonsense about not wanting to have a loved one whose life could be put in danger to bring him to heel.

“That J.J. is dead, ol’ buddy. Killed by Cupid’s arrows, pierced through the unfeeling, world-weary, stone cold heart. I am born again,” he said, raising one hand and both eyes skyward.

He explained he’d met her on an assignment, tailing a suit selling penny mining stock out of a boiler room in Vancouver down to Seattle. Seems the mark met his money man at a WWE match down there and while J.J. was trying to take a couple of surreptitious photos, his camera focused on one of the wrestlers.

J.J. was head over heels in love with a wrestler. And she was coming to Whistler the next day to see him.

I managed to finagle him a reservation at the Rim Rock. I’m sure what happened there was absolutely no fault of anyone but J.J., but the next time I saw him, the remains of sticky toffee pudding was still visible in his left ear. Love was history.

I hope your Valentine’s Day is more rewarding. But then, I like long shots.