MAXED OUT: The new normal will see the same old problems 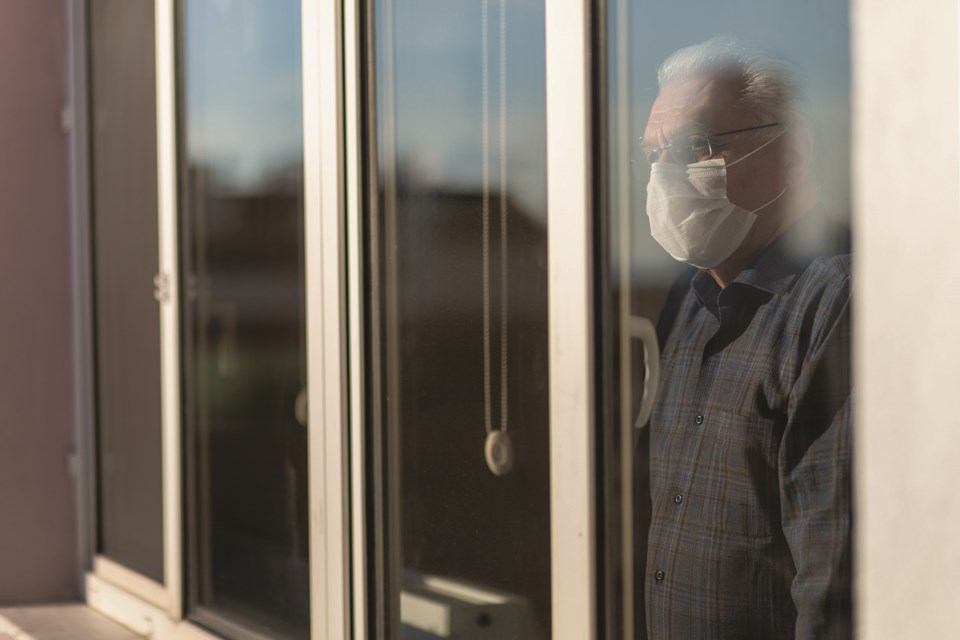 The newest of new normals is beginning to look sadly like the year-old normal, writes columnist GD Maxwell this week.gettyimages.ca

“When times are mysterious
Serious numbers are easy to please.”

No argument that times are mysterious. But serious numbers?

Early in the pandemic, last June to be exact, much alarm was raised over the Canadian Institute for Health Information’s (CIHI) report, Pandemic Experience in the Long-Term Care Sector: How Does Canada Compare With Other Countries?—and no, I’d prefer not to explain my reading habits. Commentators were shocked to discover that 81 per cent of the country’s COVID-19 deaths occurred in long-term care (LTC) facilities. They were more shocked to read that was nearly twice the average of Organisation for Economic Co-operation and Development (OECD) countries. I’ll leave it to you to decide if you’re interested enough to discover which countries those are.

I'm not sure they were shocked to discover Canada's cases among LTC residents as a proportion of the country's total cases, 18 per cent, compared favourably to, say, France at 51 per cent or the UK at 73 per cent but I do remember reading about their shock at that number compared to Australia's fewer than one per cent.

And no summary I read in the popular press mentioned Canada’s proportion of infected LTC residents who died from the disease, 35 per cent, was nowhere near Norway’s 83 per cent.

Why am I bothering you with all those numbers?

Seven years ago, the Conference Board of Canada—op.cit. reading habits—produced a report highlighting the dismal numeracy skills—”The ability to access, use, interpret and communicate mathematical information and ideas in order to engage in and manage the mathematical demands of a range of situations in adult life”— of Canadian adults. While grading the countrywide level of resident’s numeracy a C, over half scored at the lowest two levels. We all passed thanks to the folks at the high end of the bell curve.

But I digress. Quelle surprise.

Now that we are anticipating emerging from the pandemic, people are wondering and writing about how our society will change. Playing with the CIHI’s report, many are calling for fundamental changes to the way the country cares for its old folks.

And while I love you all, I’d suggest none of you hold your breath awaiting the changes you’d like to see. Unless you’re willing to make those changes yourself.

It’s not because Canada is broke. Well, maybe it is. In some ways Canada is broke. But whether Canada is financially broke or just the usual kind of socio-political broken but highly aspirational society we’ve come to expect, we are ramping up to a financial day of reckoning.

I am not a budget hawk and I believe the federal and provincial governments have been correct to spend money like drunken sailors to keep the country grinding toward the future instead of turning us all into panhandlers. But to imagine there is going to be the kind of financial muscle remaining to deal with LTC, childcare, financial and social inequality, healthcare, affordable housing and environmental problems facing the country is naive.

Late last week, the OECD released an aspirational paper outlining what an inclusive Canadian pandemic recovery might look like, “inclusive” being a very hot buzzword these days. The recommendations include addressing all those social and economic inequalities—distortions?—listed above. While the laundry list was long, the economic wherewithal to effectively deal with those problems was absent. But we all know identifying problems is so much easier than crafting solutions. Don’t we?

You might think the low-hanging fruit would be tackling issues at both ends of the life continuum: caring for the old and young. But is it?

LTC, for example, underscores the basic nature of financial inequality. Government-funded care is affordable but scarce and, well, spartan. Private, for-profit care is expensive and it too runs the gamut of very good to questionably safe. Fixing either will take oodles of money and not begin to deal with the underlying issues such as the lack of qualified staff and how grossly underpaid they tend to be, regardless of which stream they work in.

Childcare is, in many ways, even more problematic. Whistler’s own experience is illustrative. While there is a crying need for more daycare in town—and a proposal for a new facility in Rainbow has passed local hurdles—there is a history of difficulty finding qualified staff that are willing to work for the wages offered. More pay equals higher cost and the promise of $10/day daycare, underpinned by government (tax) dollars continues to be a mirage floating in an undefined, distant future. So far, but never within reach.

Money changes everything, or so the song goes. And money isn’t going to be there. Already the federal government’s oft-sung rationale for the incredible budget deficits COVID-19 has wrought is vanishing like a fart in the breeze. Cheap money—low interest rates—has been the, “Hey, don’t worry about it,” salve for fiscal insanity. Monetary policy will ensure low interest rates for years to come. Fiscal policy? Not so much.

So, one final Fun With Numbers example. The yield on the federal government’s 30-year bonds has increased by 122 per cent since August! More than double. “So what,” I hear you say. “So it’s risen from a miniscule 0.9 per cent to a tiny two per cent. Big deal. Heck, I remember 23-per-cent prime lending rates in the early 1980s.” But that rate, and more importantly that increase, represents the cost of borrowing for the government, the cost they’re counting on to make all this deficit spending manageable. All indications are the likely direction it’s headed is up, not down.

Oh, and in case you haven’t noticed, this pandemic tsunami has a third wave. It’s already hit some countries—and, at least, Ontario—and despite the nascent spring weather and the hopes for herd immunity through vaccination, the numbers across Canada continue to be stubbornly high and have, for the most part, plateaued. The last time they did that the next move was up, not down.

The newest of new normals is beginning to look sadly like the year-old normal... but with a lot more debt to deal with and the same old problems.