MAXED OUT: What would you like to see on the Northlands lot? 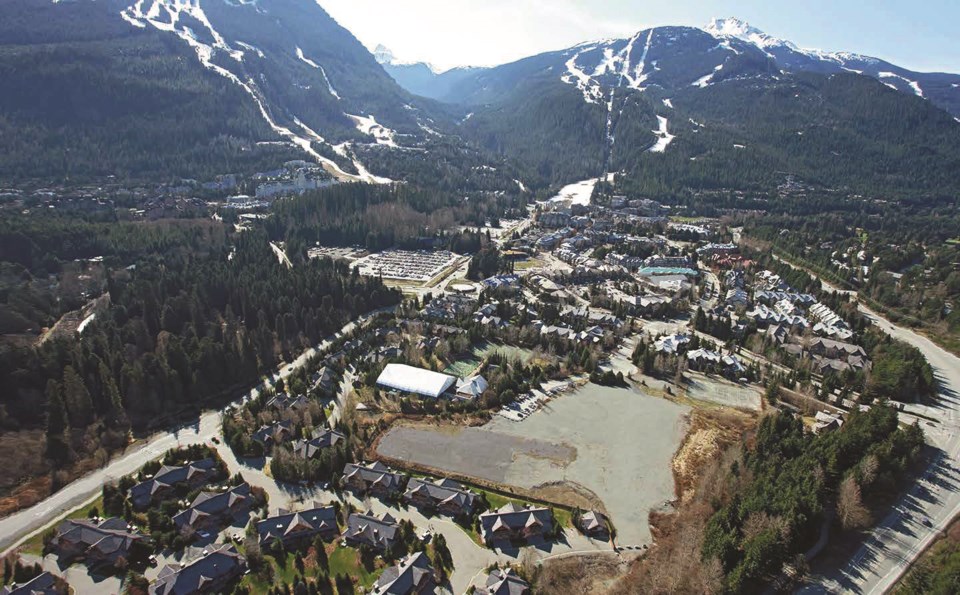 Whistlerites will soon be asked to share their thoughts on how to fill 'the missing piece of the puzzle' in Whistler Village.Photo courtesy of the Resort Municipality of Whistler

Being mostly Canadian—albeit with more than a soupcon of U.S. influence in its history—and wildly successful, it’s inevitable Whistler is destined to spend an inordinate amount of time pokin’ the ol’ belly button and contemplating the cosmic questions: What makes me different and what do I want to be when I grow up?

It was all so much easier when we were smaller, younger, nowhere near world-class and hadn’t sold our soul to the devil for success and fame. What made us different then was quintessentially Canadian—our geography, the dynamic mix of homegrown Canadians and more travelled foreigners who became the visionaries behind this experiment, and their harebrained notion they could build a damn fine ski resort at the far end of the country, in the middle of a rain forest, within a long stone’s throw of an arm of the Pacific Ocean. Best not to forget it was the ‘60s; who knew what they were smoking.

That the experiment worked at all is largely the fault of, among others, Al Raine and Hugh Smythe. If Al hadn’t been so insistent in nagging the B.C. government to authorize the building of Blackcomb and Hugh hadn’t done such a good job of building it, Whistler today might be Revelstoke... with a much larger, nearby urban population base and blessedly fewer Albertans. In other words, great skiing, local mountain, nothing special.

“In Xanadu did Kubla Khan a stately pleasure-dome decree….”

Coleridge’s “Xanadu” was a vision in a dream, a fragment of verse fuelled by opium. He never finished what he started because after an interruption he was never able to return to the place he started from, which is to say stoned out of his mind. Neither can we.

The future is all we have to look forward to; the past is just a millstone around the future’s neck. Cheap nostalgia for a time we forget was marked by slow lifts, no grooming, few services and an extreme abundance of fun.

But in a back to the future kind of future, Whistler is being asked for input on, well, the future of Whistler. Or at least one of the remaining pieces of the puzzle.

As reported in last week’s Pique, an “enhanced” rezoning process has been launched for the largest remaining undeveloped piece of land in the village, collectively called the Northlands. Cue visions of igloos.

Development of this barren hunk of paradise is the longest-running show in Whistler. Way back in the 1980s when it involved a developer who shall not be named. The proposal, approved by the municipality of the day, called for a top-notch golf instruction facility, a luxury spa in a five-star Hyatt hotel and a world-class tennis facility called, wait for it, the Bjorn Borg Whistler Resort. Holy headband!

What actually happened were the Montebello townhomes were built and the somewhat less than world-class tennis facility currently occupying part of the site. It was not necessarily the first lesson the municipality would learn regarding making developers build their promised amenities first before they make a bundle on their market build and sandbag the amenities—but it was perhaps the most bitter, given the land has sat, and sat, and sat all these years.

A cheesy Plan B was knocked around 16 years ago calling for 58 market townhouses, 123 market condos, a seniors’ apartment building and a reno of the tennis club. It was swatted down by irate tennis players who threatened a prolonged volley with the developer’s delicate parts.

A version actually got as far as third reading but the 2008 economic recession saved the irate tennis players from potential assault charges. In 2012, the developer gave up and requested the file be closed. The land reverted back to the zoning it had, allowing a 300,000 square foot, nine-storey hotel and spa and that world-class tennis facility. Thus we entered the Years of Weeds.

But now, new owners, Beedie Whistler Holdings, Ltd., want to hear from Whistler folks about what they might do with the site.

I wouldn’t think of speaking for you, fellow Whistleratics, but I would offer up the notion we need a nine-storey, 450-room hotel on the site like we need another year of the pandemic blues. Even before the Year of Empty Hotel Rooms, back when we were open to the world and all its Epic passholders hungry for steep vertical and big bowls, Whistler’s existing lodging sector was cryin’ the low-occupancy blues and the municipality did everything it could think of to put heads in beds.

While I don’t know the Beedie group, I can’t imagine they want to build another... wait a minute, what am I thinking? Oh yeah, I was momentarily blinded by the H word: Hotel. Whistler has very few hotels. Whistler has far too many condo developments that look like hotels. These were both the deliverance and the devil of Whistler. Deliverance because in the early years, no one in their right mind would build a hotel. But a strata-titled condo building would spread the risk over people who wanted to own a piece of Whistler and let the developers have enough of their profit in hand before ever breaking ground. Devil because it led to too much product too soon, since developers didn’t care whether the “hotel” rooms were ever rented.

Northlands has a Phase II covenant. That allows condo owners to use “their” condo 56 days a year, 28 each in summer and winter, thus providing hot beds, the kind that need to be filled by tourists.

Does Whistler need more beds in which to place heads? Rhetorical question.

Without pre-empting any ideas, there has been a lot of work by Whistler’s Mature Action Community and others lobbying for seniors’ housing on this site, with its location near, well, everything. And there is zoning for employee housing, which includes retirees.

I’m not certain how, exactly, the Beedie group wants to hear from us. Apparently community engagement opportunities are planned at “key points in the process.” In the meantime, if you have a wish list of what you’d like to see on the site—and don’t say parking—drop Happy Jack or all the councillors a line. They’d love to hear from you. Way more than they’d love to hear from me. No idea’s too wacky. OK, parking is too wacky. And Bjorn Borg is way too wacky.