More tales from the inbox

Inquiring minds apparently want to know. That having been said, I still have no idea why inquiring minds ask me. But what the heck, nothing ventured ... So here's a recent smattering of Tales From the Inbox. Bear in mind, this is an opinion column.
Nov 27, 2019 11:15 PM By: G.D. Maxwell 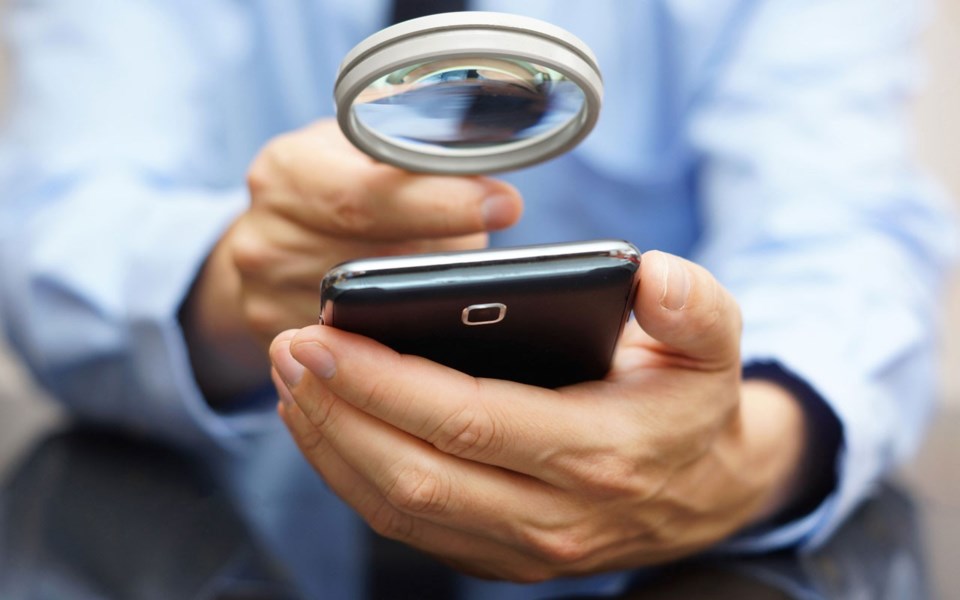 Inquiring minds apparently want to know. That having been said, I still have no idea why inquiring minds ask me. But what the heck, nothing ventured ... So here's a recent smattering of Tales From the Inbox. Bear in mind, this is an opinion column.

Hey Max, did you read about our $3-million outhouses ballooning to $4.5 million? And Happy Jack (I love that, by the way, it makes me think of the Who song) trying to explain how that's just what things cost these days. Is there anything we can do to stop this?

Dear Can't: I'm assuming that's not your real name, not that there's anything wrong with that. I suspect the only thing you can do is either go at home before you come to the village or hold it once you're there.

I was at the talk Saturday evening at the Chateau about electric vehicles. There was much chatter about ultra-fast charging stations. Perhaps if council rebranded these comfort zones as ultra-fast discharging stations, it might make it seem more high-tech and therefore worth the price.

With the exception of an additional facility at the PassivHaus, I think the other two are a lot like parking, only we don't have to pay to pee. Come to think of it, I remember having to pay to pee in Europe. So maybe there's a chance for some cost recovery here.

There are several facilities within a short, albeit fast, stroll from the Bus Mahal and Olympic Plaza. But they're stealth toilets, except for the one at the Plaza, and unless you're a seasoned local you have no idea where they are. Secret potties used to be considered the Whistler Standard but, alas, no more. So the short answer is no, there's nothing we can do to stop this. After all, Happy Jack used the magic words "best practices" (Latin roots meaning: We're not going to discuss this further) and RMI funding. Money for nothing; chicks for free.

So, you snivelling crypto-libtard, your blackface boy got re-elected despite Scheer's larger vote total. Guess you're happy, you Soros-loving commie. Enjoy it while you can. Turdeau's days are numbered.

Jeez, man, no Dear Max, just you snivelling crypto-libtard? Such anger. I'd get my blood pressure checked if I were you.

Am I happy? Meh. I'm happy Chuckles Scheer isn't forming a government. I'm happy the Christian Taliban wing of the Conservative Party is out for his blood. I'm downright giddy if that means they'll hive off and support the Christian Heritage Party or see if Presto Manning is up for breathing life into the Reform 2.0 Party, thus ensuring those whose comfort lies far to the right of centre remain in political palookaville for the rest of my life.

I'm happy when, as they did this week, Conservatives start talking about proportional representation. Especially since they don't seem to grasp the idea all that well. The only reason they can brag about the party having more votes than the Liberals is because of the supersized percentages coming out of ridings in Alberta and Saskatchewan. But the inconvenient truth is those provinces only have 34 and 14 members of Parliament, respectively. Proportional representation wouldn't be based on the total federal vote, just the total vote per province.

Under proportional representation, the Liberals, with 13.7 per cent of Albertans' votes, would have been entitled to four or five seats in the province instead of, oh yeah, none! And they'd have received one or two in Saskatchewan. The Conservatives, by comparison, would have only picked up four more seats in Ontario but the NDP would have received 14 more than what they got. As Barbie said, math is hard.

So, yeah, I'm happy. A lot happier, apparently, than you are.

Max. You keep up on these things. Should Canada let our telecommunications sector use Huawei products to build the 5G network? Are you worried about your privacy if they do?

Dear FP: You're asking the wrong guy. I don't even have a cellphone and I'm not exactly certain what a 5G network is, although I can surmise it's at least one better than a 4G. I often feel as though I'm in some weird sci-fi movie or old Twilight Zone episode where I'm the only guy walking around actually looking where I'm going instead of having my head lowered staring at something in my hand. I feel blessed to have been gifted enough imagination to keep myself entertained instead of needing to check, recheck and re-recheck my social network feeds every minute or so to see if a new cute cat thing has been posted.

But no, Huawei shouldn't be part of any Canadian network. I don't believe I really have any privacy. Having said that, I do tend to wear clean underwear. I'm sure between CSIS and Google, the concept of privacy is as quaint as, well, not having a cellphone.

But China is a malevolent country and I have no doubt Huawei is simply an arm of its paranoid, control-freak dictatorship. The recent revelations about their detainment and re-education of Uighurs, harassment even of those living in this country, their extra-judicial jailing of two Canadians in a tit-for-tat snit over Meng Wanzhou, their stated goal of dominating as much of the world as they can and their massive surveillance ministry makes even Trump look like Father Christmas ... although I'm sure he secretly admires them.

Personally, I'd rather deal with Mexican drug cartels. At least they're honest about killing anyone who gets in their way.

Hi GD. The Global Affairs Department recently said it found no credible evidence linking Canadian exports of military hardware to Saudi Arabian human rights violations. Can you believe this? Is this right?

Yes. And no, respectively. I do believe this. It reminds me of the story about a cop approaching an obviously drunk man crawling on his hands and knees under a street lamp. Asked what he was doing, the drunk explained he was looking for his car keys, saying he didn't know where he lost them. Asked why he was looking for them there, he said, "The light's better."

Global Affairs was looking for credible evidence somewhere in the 48 export permits ready to be signed the moment the government lifts its moratorium. It was looking where the 20 companies who export military hardware to the Kingdom asked it to look. It was looking at the $2 billion in lost trade since the moratorium went into effect.

It wasn't looking at the dead bodies Amnesty International was looking at. Guess the light was better where it was looking.