MAXED OUT: My favourite time of the year 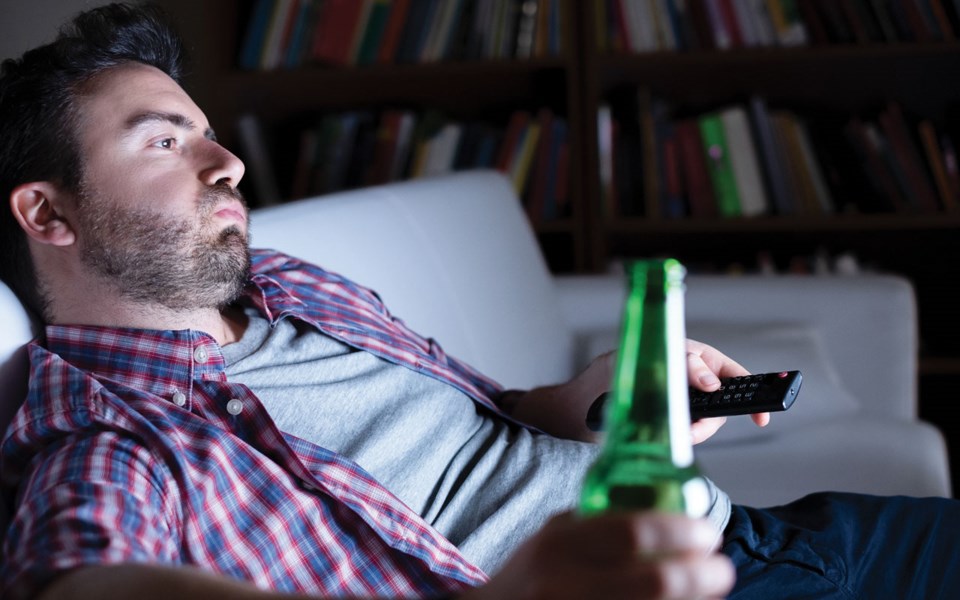 Autumn began last week, in case you missed it. Autumn is one of my four favourite seasons of the year, possibly my most favourite. For starters, it has the ever-confusing ‘mn’ ending. What’s that silent ‘n’ doing after the ‘m,’ you’ve probably found yourself wondering since you first misspelled autumn back in grade school? Blame it on Latin, source of so much confusion and explanation. Autumn, it turns out, is short for autumnus, the Latin name for fall. Autumn, in most of the English-speaking world, is a synonym for fall. Or is that a pseudonym? Either way, once I learned how to spell it, I stopped calling that season fall.

Putting autumn’s etymological roots aside, it is a great season in the parts of the world where coconut palms don’t grow. The reasons for this are manifold but let us just consider two of them: shorter days and colder days.

Before we do, we could also consider elections that, at least in the English-speaking part of North America often fall during fall, er, autumn. But given the black hole of reason and humanity playing out south of the border this autumn, we won’t. Back to shorter and colder days.

Unless you’re a farmer—see discussion on colder days below—shorter days are a blessing. Just so there’s no confusion, the days aren’t actually shorter in autumn, it’s just one of those figures of speech, like, “The sun’s getting lower on the horizon.” Those of us who still believe in science, an admittedly dwindling number in the Age of Unreason, know the days are just as long in autumn as they are the rest of the year and the sun is relatively fixed in the centre of our solar system. This is, of course, thought of as fake news among an alarming number of people who believe almost anything they read on social media so if you’re one of them, you can stop reading now.

But the days seem shorter in autumn. That’s because summer days are so much longer, which is to say they are chockfull of so many more hours of sunlight—except in British Columbia where it seems we frequently piss off the Sun God—and autumn’s ever-diminishing doses of sunlight give one the feeling of slowly going blind. But that’s a good thing in the case of autumn since it’s followed by winter when days seem even shorter notwithstanding they’re actually getting longer. Is it any wonder people don’t believe science?

Gone are the frantic days when doing something as slothful as lying on the couch watching reruns had to be put off until after 10 p.m. because there was still enough light at 9 p.m. to go challenge the twistiest singletrack around and you felt slothful, as well you should, if you weren’t out doing something strenuous and/or gruelling while the sun was still shining.

As referenced above, farmers don’t embrace shorter days with the same gusto couch potatoes do. It rubs against the grain of their vaunted, dawn-to-dusk work ethic. Shorter days mean worries about getting the harvest in which, let’s be frank, is pretty much the money shot when it comes to farming. Being a happy connoisseur of farmers’ products, I feel their pain and wish them all the success their hard work should bring. But that’s where colder days come into play. Soon, in the land of no palms, the long days of hard work will be behind them because the crops will either be in or they’ll be frozen in the fields… the crops, not the farmers. Either way, the farmers’ll get to curl up on their couches and watch reruns, secure in the knowledge some hardworking lobbyist hired by Big Agra is busy at work sowing the seeds of new subsidies all winter long.

For those of us who aren’t farmers, colder days mean we can stop obsessing about what we look like in a bikini—trust me, you don’t want to know—and crawl back into warm, bulky sweaters, bomber jackets, ankle-length harp seal coats and Ugg boots. If you’ve got a drop of Canadian blood in you, you know the feeling of getting warmed on a cold day is way superior to cooling down on a hot one; sharing body heat beats snuggling up to an air conditioner.

Besides, autumn is the springtime of death and what better way to celebrate than by paying homage to that most autumn ritual: hunting.

I do not hunt—and chances are, neither do you—but some of my best friends are hunters. OK, that’s a lie. But I do know some hunters and I have been hunting. OK, that’s not exactly a lie but it’s not exactly true either. Some friends used to take me hunting. They took me because I owned much sharper knives than they did, sharpening knives being one of those autumnal things I like to do when there’s no good reruns on TV, which explains why my knives are so sharp. They also took me because I like to run after things they shot at to see if they actually hit anything, which they never did.

They never hit anything because they used muzzle-loading long rifles. They used them for two reasons. The “season” for muzzleloaders started a week before it did for everyone else, thereby dramatically lowering your chances of being mistaken for a deer, turkey, elk or cow and subsequently being shot by other hunters, an understandable but tragic mistake. And, being basically peaceful guys, using muzzleloaders gave them about the same chance of actually killing anything as chucking rocks at them. Less, in fact. As an experiment, they both shot into a flock of wild turkeys we stumbled across once while I chucked a rock at them—the turkeys, not my friends. When the black powder smoke cleared, all the turkeys were still standing; one was gobbling like crazy because he’d been hit by a rock.

But hunting and autumn go together like plaid and hosers and, personally, I’d like to see hunting once again take its rightful place as the sport of kings… or is that king of sports. Whatever. What I’d really like to see is a lot more hunters around Smilin’ Dog Manor where garden-eating deer are as plentiful as rats in a Hong Kong restaurant or cows roaming local roads, just waiting to be mistaken for turkeys.

Besides, I just finished a wonderful venison stew, the venison compliments of a hunter friend, and the chances of me furnishing more is even less likely than President Donald Trump paying taxes.

MAXED OUT: An age-old debate for today
Oct 8, 2020 7:00 AM
Comments
We welcome your feedback and encourage you to share your thoughts. We ask that you be respectful of others and their points of view, refrain from personal attacks and stay on topic. To learn about our commenting policies and how we moderate, please read our Community Guidelines.