My heart is broken...

So, have I got this straight? Three impaired convictions, suspended licence, drunk — allegedly, which is a legal nicety meaning it still has to be proven in court notwithstanding that it looks, drives, smells and quacks like the drunken duck re
Jun 10, 2015 6:00 PM By: G.D. Maxwell 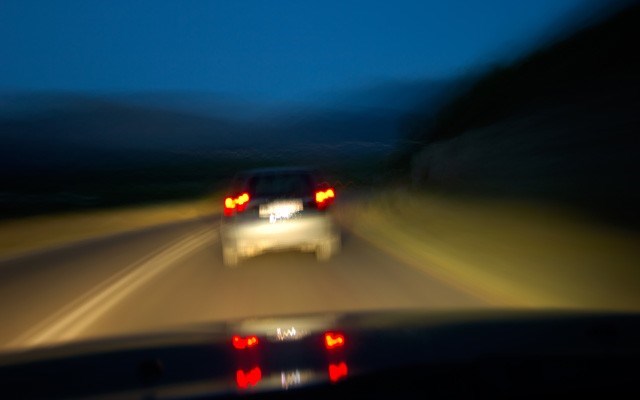 So, have I got this straight? Three impaired convictions, suspended licence, drunk — allegedly, which is a legal nicety meaning it still has to be proven in court notwithstanding that it looks, drives, smells and quacks like the drunken duck reality of the situation — in the hours of Sunday morning, three dead, three strikes you're out.

I don't know where to start. I've had almost a week to let my rage simmer down to anger, news and the response thereto taking a little longer on Spanish-Holiday Time. No luck though. I'm still outraged, still want revenge, still pondering the senseless totality of this tragic, idiotic act.

And I still have a roiling hate-on for the man behind the wheel. I hate him for taking the lives of two people who contributed significantly to this community. I hate him because it could have been any of us on any day on any road he decided to drive drunk on. I hate him for making me hate him and for bringing up dark, primal feelings I've fought hard against my whole life.

And that's more hate than I want to feel.

Should I have used the word "murder?" Hell yes. If he'd loaded a gun and shot Kelly and Ross dead, he'd be a murderer. So he loaded himself, got into a car, crossed into the wrong lane and accomplished the same thing. You explain the difference.

It's been reported this man has been caught and convicted of impaired driving three times. We all know the stats. If he's been caught three times he's driven impaired dozens, maybe hundreds of times, and lucked out. He's had his licence taken away. He doesn't care. He still thinks it's OK for him to drive. Hell, it's his right to drive impaired as far as he's concerned. Has he no regard for the rule of law, the social contract, the people he eventually killed?

He is a poster child for a dangerous offender enhancement and I hope someone in the Crown Prosecutor's office has the balls to put him behind bars for the rest of his life, because if he gets out, I have to wonder if he'll do it again. He's proven he doesn't give a damn and the chances of him changing are about the same as Duffey Lake turning to wine.

But I don't suspect that's the case. I'm not sure I've ever heard of a impaired driver being classified a dangerous offender. I've never even heard of one doing nearly as much time as he deserves after killing someone, and I'm not holding my breath in this case.

I'm sure the defence will trot out a litany of reasons they'll say mitigate the driver's mindless, allegedly drunken actions.

There may be a personal tragedy in his past, that feeds his fondness for drink. Alcoholics may not choose to be drunks, but drunks choose to get into a car, start it, move it and hope they get to wherever they're going without hitting anything or anyone and without getting caught. No matter what happened in someone's life, regardless of abuse, trauma or emotional scars, there's no defence for that.

My heart is broken for Kelly and Ross' families, their wives, their children, their relatives, close friends and the rest of us who knew them well or not at all. My heart is less broken for the third person who lost his life. Paul Pierre Jr., a passenger in the vehicle, also died a week ago Sunday. He was the last person who could have prevented this tragedy. Did he let the driver get behind the wheel while allegedly drunk? He was in the car with him; did he know the driver was allegedly too drunk to drive? Whatever the circumstances he paid gruesomely with his own life creating a tragedy for his family and friends. I'm sorry for their loss but I cant help but wonder if he could have changed his destiny and the tragedy that followed.

The driver, from Xaxli'p First Nation, lived in a pretty small town and an equally small community. I don't know if he had a family — an item that hasn't been reported yet — but I'm guessing whether he did or not, he wasn't an unknown hermit. When you live in a small town, have three impaired driving convictions, no driver's licence and still allegedly get drunk and drive, there are generally a lot of people who know about it, quite possibly even the local constabulary, either federal or tribal. So how did the driver get away with it? People turn a blind eye. "Oh, it's just so and so; he does that all the time." They don't want to get someone in even more trouble. They don't want to get involved. They're all complicit. The deaths hang on all of them like stink on poop.

I don't know how much, if any, time the driver did for his impaired driving convictions. Don't know what, if any, kind of help he received for his drinking. However much of either he did receive, it wasn't enough. But then, some people are beyond help. Drunks and pedophiles are similar in that sense. Their urges are hardwired; their appetites hard to extinguish. Yet we stigmatize pedophiles after they've been convicted, done their time, paid their debt to society. We plaster their faces all over any neighbourhood they move into. We don't let them attempt to get on with their lives. We run them out of town. Drunks? Oh well, coulda' been any of us, couldn't it? Let's hope they make it home OK.

We are revolted by pedophiles and driven by an urge to protect our children. Yet, drunks harm, maim, kill many more children every year than pedophiles touch. But drinking is just part of what we do, sometimes every day. Most of us responsibly. Too many of us, not so. Especially in the binge-drinking capital of B.C.

I have no answers for this. I know my rage is irrational, animal. I know it will subside and be replaced by a sense of loss and a nightmarish image of what it must have been like for Kelly and Ross in the last, knowing seconds of their lives. I know it will haunt me, just as Kathy Barnett's death haunts me still, every time I pedal a bike on a public road (Barnett, who founded Pique with husband Bob, was killed while cycling in New Zealand in 2008). I know it will keep me from riding at times I want to ride, the sense of dread too palpable.

Whether it's the drunks of my era, or the texters of a younger generation, or simply someone fiddling with the increasingly complex, touchscreen controls of new cars, there are far too many people with no appreciation of the level of attention and concentration driving a car requires. They confuse being able to make one move with knowing how to drive it. I still believe they should spend the first year of their driving lives on a motorcycle. If they survive, they'll have a greater appreciation for the complexities of driving.

And I'll worry about unthinking people — expletives deleted — like the driver who killed Ross and Kelly every time I head out on a public road.