MAXED OUT: They are not listening to you, Dr. Henry 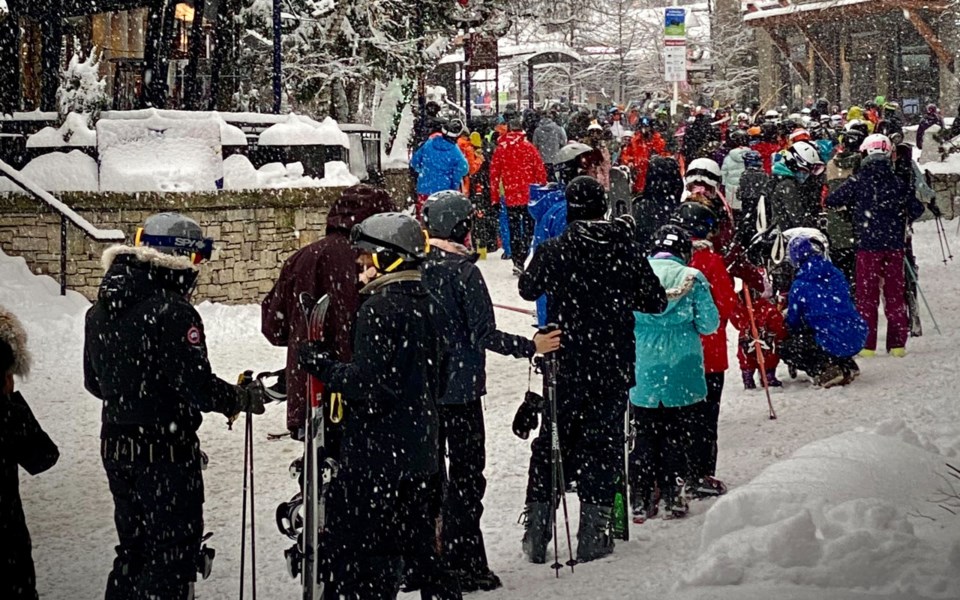 Wow, that seems so formal. After all this time, hanging on your every word week by week—not to mention admiring your shoes—I feel as though using your formal title is too impersonal. That’s why I simply refer to you as St. Bonnie.

At any rate, like I said, my admiration for the job you’ve been doing ever since I learned there was such a thing as a provincial health officer recognizes no equal. You’re the top, as Cole Porter once wrote.

But I’ve got a problem. I’m struggling to be calm and be kind. That’s because, well, I’m not feeling particularly safe... at least not as safe as I’d like to feel. Don’t get me wrong, I’m feeling personally safe, since I live like a monk and hardly recognize myself without a mask, but I fear for the safety of my community.

This, I’d like to point out, is a recent problem. Since this pandemic nonsense began in March, I’ve been the epitome of calm. Heck, I’ve been so calm at times my spouse thought I was comatose. She was a nurse so she should know. But really, putting a mirror under my nose to make sure I’m still breathing?

And despite a quarrelsome—some would say curmudgeonly—persona, I’m generally pretty kind. I won’t go into detail because I do have this public image to protect. You’ll have to take my word for it.

The source of my distress is, well, people who either don’t know, don’t believe or don’t care about your very clear orders to stay close to home and avoid non-essential travel. I’d like to say it’s just a few people but that would be both untrue and naive.

Did I mention I live in Whistler? I know you’ve heard of it because you’ve mentioned it before. I do, have for quite a while now. And while I’ve always been a big promoter of Whistler, the past two weeks have been uncomfortably crowded. And if there’s one thing I’m certain of, not everyone was local.

And I have a pretty expansive definition of local. Since so many of the people who work here live in Squamish and Pemberton, I would term Whistler and Blackcomb their local mountains. I believe you’ve told people to stick to their local mountains. Being a reasonable guy, I’d even include those folks from the Lower Mainland who own a home and spend a lot of time up here. I’m sure you know some of them. In a very real sense—at least other than geographically—these are their local mountains.

But the day trippers? The ones who clog the highway every weekend and every day for the past two holiday weeks? They don’t seem to be getting your message. Or they’re unfamiliar with Grouse and Seymour? Or don’t care? Doesn’t matter; same effect.

Then there are the “Others.” The unquestionably non-locals. The Ontarians. The Albertans. The international folks. Yeah, I know, your orders don’t apply extra-provincially. But really. Ontario has ordered all its ski hills closed. Not because skiing poses a serious risk but because travelling to ski, in their minds, does. So Ontario folks jumped on a plane and flew out here to ski. Albertans did because, well, it’s just what they do. And human nature being what it is, it’s a safe bet that not all the international folks here have observed a strict 14-day quarantine.

This has resulted in lineups every morning that would curl your hair. Really. When I say morning, I mean well before the lifts open until noon. By the time loading starts, some of the crowds look like a rock concert. Other lines snake further than the eye can see.

The mountains have all hands on deck and staff is doing as good a job as possible keeping people masked and distanced. But with so many people... you can imagine.

But these mosh pit crowds at the bottom? That’s what’s making me feel unkind and anxious instead of calm. It is, as a reader wrote to me, making him and me and most everyone else I know who does follow your orders angry, an anger born out of self-righteousness and voluntary deprivation.

I hate feeling that way. I’ve always felt welcoming and even boastful about where I live. I’ve gone out of my way to help visitors have a good time while they’re here. Nearly 20 years on the frontlines of a guest-relations counter made that attitude second nature.

But dammit, these uncaring people are threatening my town. We were closed down in March, with devastating consequences, and I don’t know how well we’d survive another closure.

Sadly, too many people aren’t willing to follow your orders. They need encouragement to do so. I mean, even the Pope recognized this on Sunday when he gently admonished people who travelled abroad to escape coronavirus lockdowns, saying they don’t think of others but only about going on holiday and having fun.

Believe me when I say I am the last person who would ever look to the Pope for guidance but, hey, he nailed it.

There is, of course, a solution. Since it requires a reservation to come skiing up here, we could borrow a page from Big White and limit reservations to people within the Sea to Sky corridor. I know that wouldn’t be popular with the Lower Mainland day-trippers, the Ontarians, Albertans and others.

Too extreme? How about reservations with one-hour time slots to space out the initial loading?

We’ve seen what having no people is like. We saw how many locals lost their jobs in March, how many needed the food bank, rent and mortgage relief, CERB payments. It wasn’t pretty. It was pretty devastating. We don’t want to do that again. We’ve worked our butts off to make this place safe. But that safety relies on other people doing their part and it seems so many of them just don’t give a damn.

Thanks for letting me get this off my chest.

In safety and with the hope of calm and kindness,