Nourishing life through the kitchen 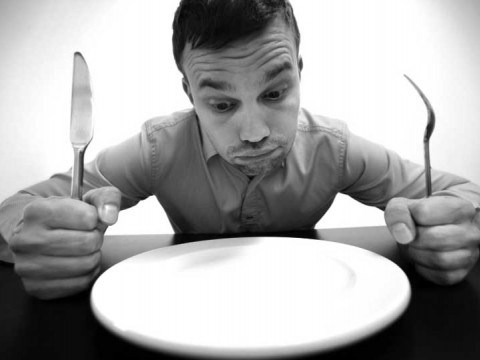 One of life's great pleasures is food. Eating some alone or with friends or simply flinging it around a crowded cafeteria, food has a special place in all our lives; if it didn't, we'd do something else three times a day and restaurants would probably all be T-shirt stores.

Personally, I'm down with food. Not being an organized religion kind of guy, my relationship to it may well be spiritual... how would I know. Without food, I'd probably need another job or a few new hobbies. Not that I have what you'd call a live to eat relationship; more a eat to live one, but monogamous and all-consuming, if you know what I mean. It was not always thus.

My first insight into this relationship came, as so many did, in university. Having moved off campus, ostensibly to embrace a greater degree of both freedom and responsibility - but really just to party our heads off - one of the first responsibilities I embraced was feeding myself. It turned out to be a responsibility I was sorely unprepared for, something that came as a shock to me considering I'd been eating food for something like 19 years. This utter lack of preparation was driven home when my longtime friend and housemate, Bill Logan, and I turned to each other and simultaneously said, "So, whaddya know how to cook?"

The answer was a joint and pathetic, "Not much." Dinner that night was canned chili over spaghetti. Filling, but somehow lacking in culinary nuance, its shortcomings were no impediment to it becoming our signature dish, overshadowed as they were by our combined skill at preparing actual meals. We both considered it a culinary watershed when one of us thought to shake Kraft parmesanlike sawdust over it. "Wow! Now if we only knew how to make salad," I exclaimed between enthusiastic mouthfuls.

That's when I decided I'd better learn how to cook, Bill having shown no inclination to do so and from all outward appearances seeming to be capable of actually living off cheap beer and Screaming Yellow Zonkers. "How hard can it be," I said, drawing strength from the sum total of my cooking experience, which pretty much amounted to having spent years not paying attention while my mom made countless meals.

The third time the fire department showed up - at the frantic behest of a concerned neighbour I'd like to point out since I still firmly believe everything was, well, if not under control at least nowhere near the flash point - they invited me down to the firehall for a cooking lesson. Or so they said. I'd just like to take this opportunity to say that for all their seeming benevolence, firemen can be really sadistic, sloppy cooks when they have someone not from their ranks they plan to stick with doing the dishes. Ironically, in an adding insult to injury way, they taught me how to cook chili. They also offered to have me back when they were cooking stew but my dermatologist advised against it.

While fireman chili didn't exactly round out my repertoire, it did provide two watershed life lessons. It proved I could start with ingredients, as opposed to warming something out of a can or incinerating a TV dinner, and prepare something edible. It also provided a powerful lesson in economics. Using raw onions, ground beef, tomatoes, dry beans and way, way too much chili powder, I could make a week's worth of chili for about the same price as one large can of the stuff that smelled vaguely like dog food when you open it. Eating for a week at approximately the cost of eating for a night left more scarce funds for... books... and other par..., er, school supplies.

Both lessons have served me well over the years. They've kept me fed, converted me from a picky eater - sorry for what I put you through, mom - to a not-so-picky eater, and saved me enough money to fund a ski bum lifestyle. More importantly, they've insulated me from the high-fructose corn syrup lifestyle that's apparently become commonplace in North America.

I'm both appalled and intrigued at what I find in the inner aisles of supermarkets. Since I don't do much shopping there, cruising the guts of a modern food store takes on the feeling of an archeological dig. The most amazing thing I ever unearthed was at a store in the Kansas City. In a section called "bread and bread products," in what looked like a squat, round ice cream carton, there was half a dozen pre-made blueberry pancakes. Just pop 'em in the toaster and dribble artificially-flavoured corn syrup on 'em and... enjoy? Who knew?

I can't imagine being reduced to buying pre-made pancakes. What do those people consider a splurge? Freeze-dried camping food? To what level of atrophy have their tastebuds descended?

Autumn is one of the best times of the year to treat our tastebuds, assuming they haven't succumbed to corporate fast food. The only times of the year that even begin to touch autumn for this hedonistic pleasure are winter, spring and summer. With longer darkness to keep us off the bike trails and drive us inside, there's more time to spend with friends over burnt offerings and a couple of bottles of fine, if unpronounceable, B.C. wines, Nk'Mip being a current favourite.

While I cooked the perfunctory big pot of chili last week - kinda nostalgic - I'm planning a big splurge next week to really get into the whole foodie spirit of the season and get my GI system ready for Christmas parties. Is it coincidence Cornucopia arrives just in time to meet both those needs? I wonder.

But it does and we're fortunate enough to live here and take advantage of it. It kicks off next Thursday with House Party at the conference centre. Thirty-five bucks'll stuff you silly, boost your blood-alcohol level up to seasonally-appropriate levels and get you back in shape for all those parties where you have to balance a plate of food, a glass of something and conversation, all without spilling on yourself or the person you're talking to. This, not opposable thumbs or a soul, is what truly separates us from lower animals.

Two nights of Crush, winemaker dinners, local vodka, artisanal sake, a Slow Food market, even a seminar on cheap wine will make your sprits soar, your tummy happy and the conference centre smell way better than it will again until long after the Olympics.

Or you can stay home, watch hockey and nuke... hmmm, don't even want to finish that thought.