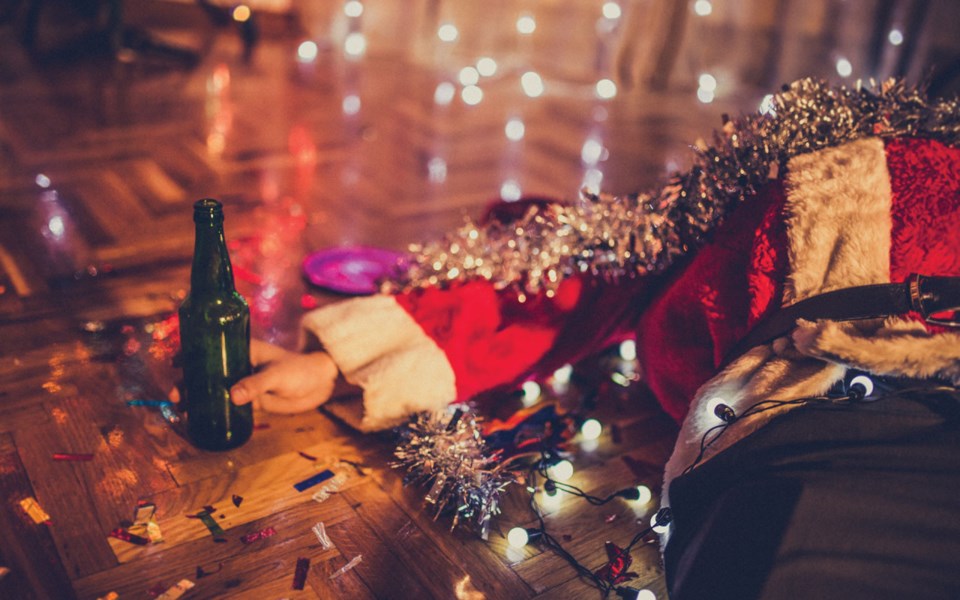 It started the day after American Thanksgiving. No, not Black Friday shopping, Amazon’s quest to put virtually ever other retailer out of business. The Countdown to Christmas Madness began in earnest.

This year’s jolly season came in like a guest arriving a day early for dinner. Suddenly every channel in the million-channel universe—including the explosion of streaming services—were awash with cheesy Christmas movies, specials, cartoons and ancient nostalgiafests that return every year like dandruff. My inbox was choked with unwanted flyers.

The annual onslaught seems particularly cruel and ironic this year since many of us will be facing a blue Christmas of social isolation or pandemic-fraught traditional gatherings. Because of that, I’m doubling down on the spirit of goodwill and holiday cheer for the rest of the year. If I practise hard enough and ignore everything else going on, my eyes may even twinkle and my voice go all ho, ho, ho.

All holidays are, apparently, stressful. But this holiday, and all those other quasi-religious, secular and just plain silly holidays people around the world celebrate between now and the first holiday of next year, is particularly stressful. The good people who make their living off our collective stress always stress this point. They advise us of ways to combat the sorts of stresses we’re likely to face over the course of the next couple of weeks.

This kind of free advice used to seem rather self-defeating to me. I mean, if stressed-out people are your bread and butter, why would you try to help people avoid stress?

Like so many things in modern life, the answer was diabolically clever. And simple. Simple and clever. You can’t pick up a magazine or newspaper or soil yourself with social media without reading solemn advice about how to avoid stress over the holidays. For example, in even so dry a periodical as Modern Office Manager, there’s an article entitled, “Ten Ways to Keep From Making An Ass of Yourself at the Office Party.”

Since it’s unlikely most of us will have the chance to attend an office party this year, I suspect the editor slipped in a rerun. However, it was kind of nostalgic reading about office Christmas parties. Ironically, most of the 10 ways involve abstinence of one sort or another. Don’t pound tequila shots even if they’re being served from the receptionist’s cleavage is one. Leave your automatic weapons at home is another. I’m guessing it’s an American publication.

Nowhere in the 10 is the suggestion you simply not go to the office party, which seems the most logical solution considering you already spend 40 or more hours a week with those losers.

Ironically, the best office Christmas party I ever went to was many years ago and turned out to be for an office I didn’t work in. It was being held at a large, downtown hotel in one of the conference/party rooms located in a labyrinth of catacombs somewhere in the bowels of the building. Wearing a Santa suit and beard—it didn’t seem like such a weird idea at the time, given I’d been pounding shots of tequila from the receptionist’s cleavage all afternoon—I stumbled into the Aztec Room where a gaggle of somber-faced people were making merry and firing automatic weapons.

Admittedly, it seemed a little less sedate than the usual barbiturate fest most office parties normally are. But it was a party… just not the right one. The party I was looking for was in the Inca Room, as it turned out. That party hadn’t yet swung into high gear because the office manager, who had posted the article from Modern Office Manager in the coffee room, taking care to underline in two colours of highlighter ass-avoidance suggestion No. 3—the ‘60s are over! No one thinks it’s cute to spike the punch with LSD. Don’t do it again this year!—was arguing with the division head about whether it was too early in the evening to start playing A Chipmunk Christmas on the wheezy cassette player he’d borrowed from his preteen daughter, a pink Barbie at the Beach number that was stolen by evening’s end. I only found out about that excitement when I finally went back to work after New Year’s.

I never did find out who was throwing the party I ended up crashing in the Aztec Room but the amazing point of the story—let’s be generous and call it a point—is that no one cared I was there. No one even seemed to think I didn’t belong there. They just assumed they didn’t know me in much the same way I assumed I didn’t know them. I could have wondered why I didn’t see anyone all evening I knew but frankly, I didn’t like the people I worked with and didn’t really care.

The important lesson I learned was that there was an 11th way to avoid making an ass of yourself at the office party: Go to someone else’s party.

Most years in this town, there’s a lot of wisdom in that observation. Suppose you’re a liftie, a retail clerk, a housekeeper, a whatever. Maybe they have an office party where you work, maybe not. Doesn’t matter. The fact is, in non-COVID years there are some good parties every night of the week around here this time of the year. Many involve very good food; most involve at least some form of liquor. Obviously, you’re not invited to these parties.

Santa is always welcome at a Christmas party. You don’t even have to know whose party it is. What do you care? A party’s a party; a free meal’s a free meal. Just walk in, give ‘em a bit of the old Ho-Ho-Ho and start mingling in a direct line to the bar/buffet/tequila shots. No one’s going to shake down Santa for ID unless they want to go to the head of the Naughty List. And if someone does try to engage you in more meaningful conversation, saying, for example, “Who the hell are you?” ask ‘em if they’ve been a good boy or girl or see if they want to sit on your lap and whisper in your ear what it is they want for Christmas. If you stay in character, no one’s going to press the point very far and run the risk of violating suggestion No. 8 from “Ten Ways to Keep From Making An Ass of Yourself at the Office Party”: Don’t remove Santa’s beard… or any other item of his clothing.

This nonsense will end some day and Christmas parties will be all the rage again. So keep this column, buy a Santa suit and enjoy office parties for places you don’t work for the rest of your life.