On getting it wrong...

As challenging as this last week has been for almost anyone with a Telus email address—and particularly for me—it seems it's time to purge and do a semi-regular Tales From the Inbox column.
Aug 22, 2019 1:00 AM By: G.D. Maxwell 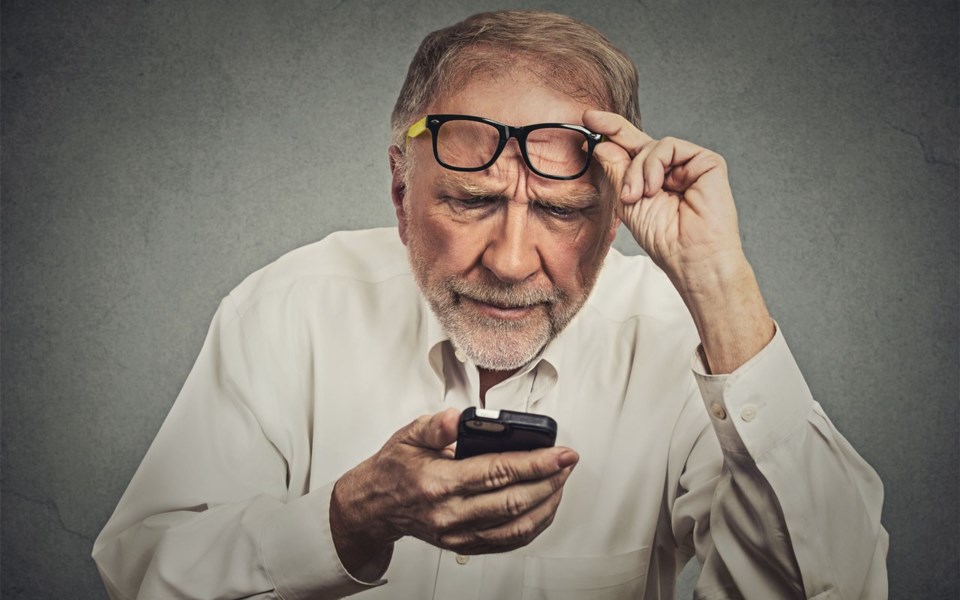 As challenging as this last week has been for almost anyone with a Telus email address—and particularly for me—it seems it's time to purge and do a semi-regular Tales From the Inbox column.

Up front I have to warn correspondents that I'm working from memory and, therefore, must out of necessity paraphrase the emails you've sent me. That's because the 100 or so emails that were in my inbox last Wednesday disappeared, lost in the ozone, perhaps never to be returned. When my email became semi-functional again this Tuesday morning, they were gone, along with all the various folders in which I kept what I previously thought of as important emails on a variety of subjects. I hope the Canadian Revenue Agency, my insurance broker and others will understand. If they do, they're miles ahead of Telus, which seems not to understand at all.

Along with the vanquished emails were the email addresses of, well, everyone I've ever corresponded with. You know who you are. I'd love to hear from you again, if for no other reason than to rebuild my address folder in the event Telus can't. Please contact me at gd.maxwell@shaw.ca or the email address at the top of this column.

On with the show.

I am not a liar. None of my colleagues who sell real estate in Whistler are liars. You have slandered us in your last column. We (collectively) await your apology.

I apologize. No, I don't mean I apologize the same way, say, Justin Trudeau means it about his little ethics breach. I mean I sincerely apologize. Just to be clear, Whistler realtors do not lie.

Sometimes, in writing 1,100 or so words, one or two slip in that shouldn't. In last week's column those were "lie," as in the sentence, "They lie, prevaricate, dance around the truth and use words in ways not yet documented by etymologists." The other was "lying" when used later in a sentence beginning, "And bless their lying souls...."

In my defence—and by no means am I trying to blunt my sincere apology—I thought it was clear, from the paragraph preceding the one in which those words slipped past my self-editing radar, that I was referring to your brethren and sistren who flog recreational property in, "... Cariboo's cottage country."

Having purchased the oft-referred to Smilin' Dog Manor in the southern Cariboo some 18 years ago, I had the opportunity to work with several local realtors and have since become friendly with some others. And were I to write those sentences over again this week, I'd leave those words out entirely—they sting too much. Prevaricate, be economical with the truth and other such euphemisms would, I freely admit, have been less hurtful while still getting to the heart of the matter in cottage country. But like I said, a single word, or words, among so many can apparently be like a bullet to the heart.

When shopping for a cottage in said locale, I personally experienced each and every one of the, I thought, humourous examples I gave to illustrate the casual association with facts exhibited by realtors in that part of the province, as opposed to here in Tiny Town. It got so bad at one point that I threatened physical violence—swatting with a rolled-up newspaper to be precise—if the realtor showed me one more "fixer-upper" prefaced by the phrase, "Just bring in a bulldozer and have at 'er."

Given the examples I used, e.g., "... bring(ing) in a platoon of machete-wielding day labourers..." to reach your "cozy," e.g., "... both you and a friend cannot be inside at the same time..." cabin, I thought it was abundantly clear that definition of recreational real estate was a galaxy removed from the very posh, very recent, very luxurious recreational real estate available in Whistler.

At any rate, I can assure you it will never happen again. Please accept my apology. It was my fault alone; not the editor's. Please feel free to berate me personally should I ever offend you in the future.

Woo-wee, how about that report by the ethics commissioner? Looking forward to your rebuttal. Or will you just admit you got it wrong?

Admit I got it wrong? I have bottomless experience admitting I get things wrong. After all, I've been married most of my life. And writing an opinion column now for almost 24 years, if I had, say, $100 dollars for every time I've been wrong, I wouldn't qualify for WHA rentals under the new asset guidelines!

But I'm not sure how wrong I was in this case. Actually, I can't really remember what I wrote about it and I'm too lazy to look it up.

I'm pretty sure Ethics Commissioner Mario Dion and I disagree about some things though. He determined no one, including the Prime Minister and anyone on his staff, other ministers and, quite possibly, the little voice inside Jody Wilson-Raybould's head, should have even talked to her about her decision to not intervene in the SNC Lavalin prosecution.

This seems a bit over the top to me. While I have no doubt the attorney general has the last word in things judicial in the executive branch, I don't believe she or he should live in a vacuum. I don't know about you but in my experience I've generally found a spirited debate among colleagues yields better decisions than those made solely by one person without any input from anyone else. So I'm struggling a bit with that part of Mr. Dion's decision.

At any rate, JT was wrong. I was wrong. JW-R was wrong. Andrew Scheer is wrong. The Leaders' Debate Commission is wrong in denying Maxine Bernier a place at the debates and Elections Canada is wrong in muzzling any group that wants to speak out about climate change just because Maxine is too dumb to believe the science behind it.

Depending on who they get to run in this riding, I'm likely voting Green. That'll probably be wrong too but like I said, I've had a lot of experience at being wrong.