Politics in a time of polarization

Politics is, at the best of times, confusing, that word standing in for unfathomable, incomprehensible, and, possibly, idiotic. But politics in the time of polarization is — and no one thought it possible — even more confusing.
Apr 25, 2012 9:00 PM By: G.D. Maxwell 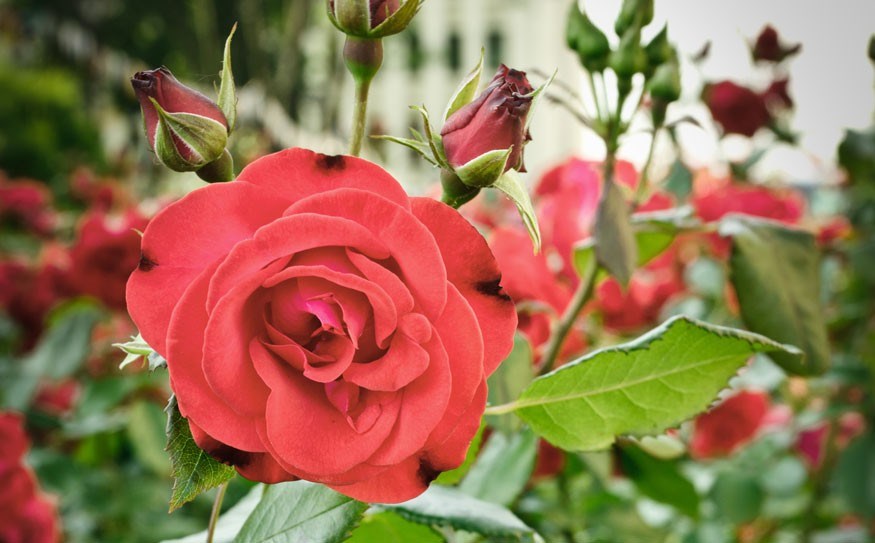 Politics is, at the best of times, confusing, that word standing in for unfathomable, incomprehensible, and, possibly, idiotic. But politics in the time of polarization is — and no one thought it possible — even more confusing.

Last week, the B.C. Liberals lost two by-elections to the NDP. If you're new to B.C. politics and tend to fall on the centre-left side of the political continuum, or if you're simply oblivious, in which case why are you reading this, you may think side-by-side Liberal losses are a bad thing. That's because you're confusing the name of the party, Liberal, with the philosophical meaning of the word liberal. B.C. Liberals are not liberal. Actually, they're conservative, or conservative-ish, except they don't call themselves Conservative because that wouldn't be as confusing as calling themselves Liberal, which they aren't. Got it?

Just to make matters worse, there is a relatively new, upstart, right-wing party in B.C. called, naturally, the Conservative Party. They really are conservative, which is to say reactionary and Neanderthal, at least if you're a left-leaning, pinkish, social liberal. They'd like to take the province further to the right and hew to the worn-out hattrick of smaller government, lower taxes and pro business/development initiatives. They think the Liberals are, in fact, liberal, even though they do a good job of looking a lot like the federal Progressive Conservatives... who aren't in the least progressive. But surely you already know that.

Even though the NDP candidates won the by-elections last week — in ridings that never showed any evidence of being particularly fond of the NDP — it was the Conservatives who actually beat the Liberals. In Chilliwack-Hope, a strong Conservative candidate turned a lot of otherwise Liberal voters to the darker side and let the NDP candidate sop up enough votes to win. In Port Moody-Coquitlam, a strong NDP candidate who was previously a popular local politician danced to victory with the help of a less dramatic, but still important, split vote between the Tweedledum and Tweedledumber parties.

Normally, seeing right-leaning politicians fracture themselves into a right party and a righteous party, thus splitting the 'red meat' vote and ensuring neither of them wins, would be considered a good thing by a guy who'd rather see Conservative politicians cast adrift on the River Styx in a leaky boat than holding office. It was just such a rift in federal politics that gave us the Liberal years of balanced budgets and staying out of stupid wars just because the U.S. asked us to join their folly.

Normally it would be a good thing... but not always. The NDP, as an alternative, is only a good outcome if you believe trading bad management for mismanagement is a step up. While the NDP's political philosophy — giving them the benefit of the doubt that their mixed bag of half-baked ideas can generously be called a philosophy — is more benevolent than the I-got-mine-screw-you dogma of the right, it was not for lack of good reasons they were soundly driven from office in the days before Rear-Entry Campbell. The words "fast ferries" will still bring even ardent supporters to their knees begging forgiveness.

The B.C. by-elections were, however, just the political sideshow. The real news happened next door in the Republic of Alberta.

In the land of oil and cattle, the Progressive Conservative Party — as usual with these things, the word progressive is a misspelling of the more accurate regressive — has been in power, like, forever... or 1971, which is the same thing. As a reminder of just how dismal things were in 1971, John Denver had a crossover hit on both the pop and country & western charts with Take Me Home, Country Roads, a song which, if nothing else, graphically demonstrated to many people why you shouldn't shove things into your ears no matter how desperate you are to block out a song. No need to thank me; I'm bubbling over with trivia.

With no real opposition, the PCs in Alberta were almost royalty. And like royalty, they seemed to inbreed and become more dysfunctional as the decades rolled on. They were, in fact, so unconcerned with their hold on power they let guys like Ralph Klein and Ed "What Ducks" Stelmach be premier. Now, in Alberta, that would have been okay. Heck, in Alberta, they thought Ralph was an intellectual and Ed was a regular guy.

But their real crime against inhumanity was this: They actually became somewhat progressive. Having a death grip — or so they thought — on the right, the only way for them to grow and even further solidify their hold on power was to embrace the centre of the political spectrum. So they did. And it really pissed off the true believers who always were suspicious of the word progressive, preferring instead to think of themselves as social conservatives.

Social conservatives believe poor and non-Caucasian people should either be in jail or slaves. They also think that of homosexuals, most women — not their wives, of course — and liberals. They never could figure out why we, as a society, did away with debtor's prisons, the death penalty or child labour. They see nothing wrong with fouling waterways if it means they can save a few bucks by not otherwise treating waste.

If you really want to short-circuit a social conservative, introduce him to a wealthy, black, liberal doctor. If she owns an abortion clinic or two, all the better. And if she's married to an even wealthier white man who raises funds for Greenpeace and they have gay children, well, you're in for a treat.

The social conservatives of Alberta formed a party, Wildrose, named after a stubborn weed with sharp thorns that's almost impossible to get rid of. Everybody thought they'd win the provincial election Monday. Stephen Harper gave them a hand because they're his kind of conservatives. The polls showed them ahead. The epitaphs were ready for the PCs headstone.

But they lost. Big.

Now a PC victory is no victory for enlightened thought. But a Wildrose defeat is a victory for hope. It's a glimmer of hope that all is not lost and Canada's future need not be a jackbooted march to the right.

Or maybe it just brought out the optimist in me.